Carlo Ancelotti has set Everton the formidable challenge of getting a minimum of six wins from their final 10 games if they want to qualify for Europe.

Everton threatened to be dark horses for the Champions League in mid-February, when a three-match winning spree against Liverpool, Southampton and West Brom put them in an outstanding position.

A dip in form, though, has checked expectations and Everton have seen Liverpool sneak back into a position to threaten the top four. 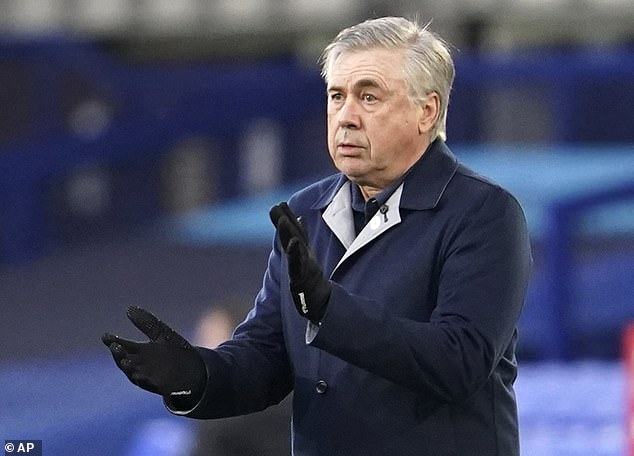 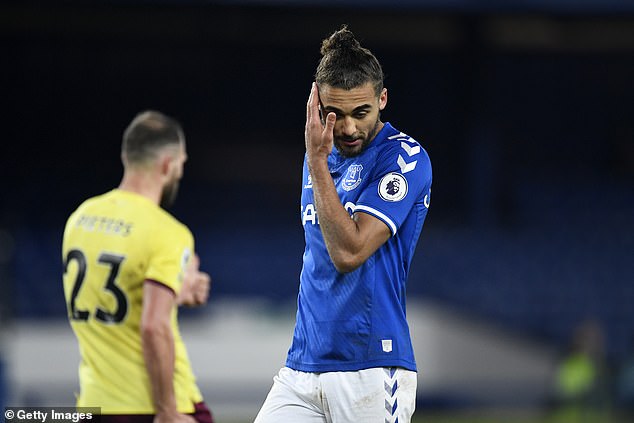 Though Everton still have a game in hand on their rivals, they have no room for slip-ups and Ancelotti has demanded a perfect attitude on the run-in to ensure there is no repeat of last season.

‘Last year after the lockdown I think we came back and did well in the derby against Liverpool, we beat Norwich and then we had an important game against Tottenham,’ said Ancelotti.

‘When we lost that game we lost the motivation to be in Europe. I think that in the next 10 games this won’t happen because I am sure we are going to fight until the last minute of the last game. 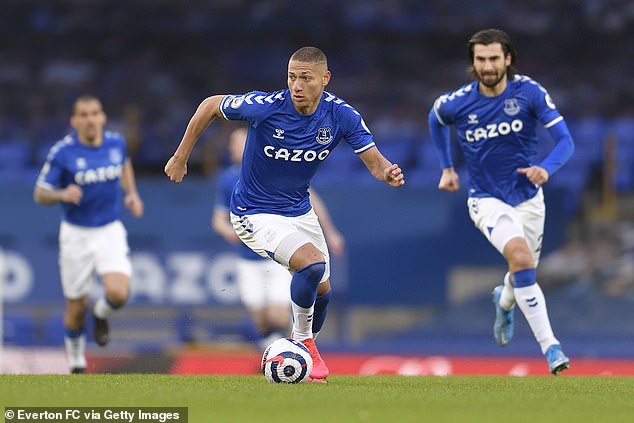 ‘I am sure the motivation is really strong on our side. I think we need a lot of points! At least 18, 19 more points to be in Europe. We have to fight.

‘But if we need this amount of points it means the other teams need that amount too. It will be a really exciting challenge for us and am exciting race with a lot of teams involved. Every game will be exciting.’

Monday’s clash with Crystal Palace kick-starts a month in which they face Brighton, Arsenal and Spurs and Ancelotti added: ‘We are convinced we can do well, we can reach a European position.

‘Of course we have to fight in every game, we have 10 games and we have to improve the home run which was not good, starting with Crystal Palace.’