Carlos Tevez is set to take his first step into management after emerging as the frontrunner to lead Argentine Premier League club Rosario Central.

The former Manchester United and Manchester City star announced his retirement from all football earlier this month, saying he could not continue following the death of his father last year.

But according to several reports, Tevez has now been linked to the top job at Rosario, having played his last football match for his old club Boca Juniors in June 2021. 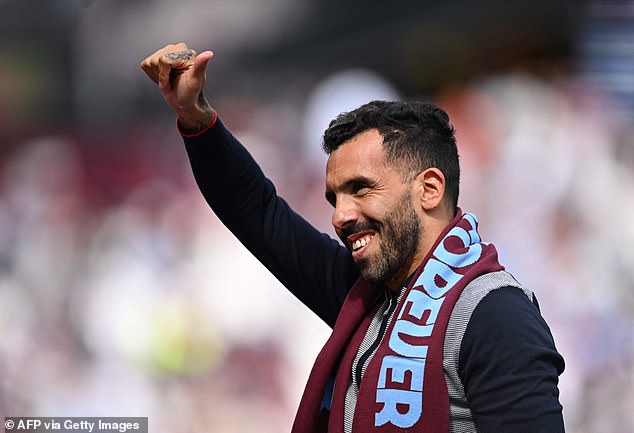 Tevez and his main rival for the job, Pablo ‘Vitamina’ Sanchez, both met with Ricardo Carloni, Rosario’s vice-president, and Raul Gordillo, the club’s technical secretary, with a decision to be made on Friday.

Initially Sanchez was the frontrunner, having been a manager since 2007 but also being born in Rosario and starting his playing career at Rosario Central.

But it is now being reported that Tevez excelled in the meetings and is set to make his first foray into management. 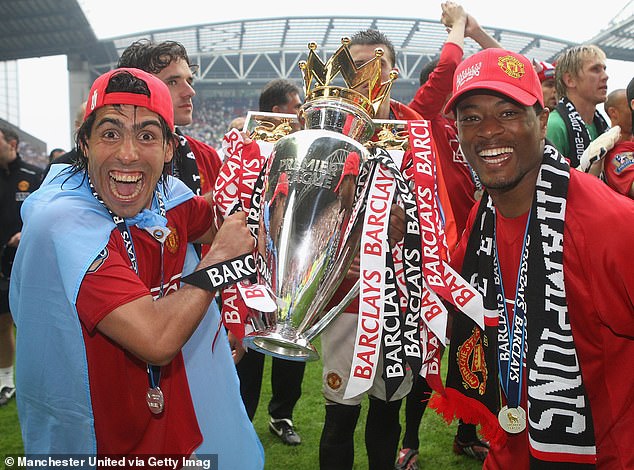 Carlos Tevez said he did not feel like he could continue with his career after the death of his father (pictured together, centre)

The 38-year-old even hinted at the prospect of being given the job in a recent interview with Ole, saying: ‘I’m going to be a coach, I made the decision that I’m going to manage. I got excited, I’m very hooked… I’m ready to manage now.’

Tevez won three Premier League titles, two Scudetti and the Champions League in a storied playing career. He also won 76 caps for Argentina, scoring 13 goals and finishing as a runner-up at three editions of the Copa America.

After leaving Boca, Tevez travelled to Europe and spent time at training sessions with both Juventus and AC Milan, according to Ole, and sought advice from managers Massimiliano Allegri and Stefano Pioli.