Odsonne Edouard scored the opener as Celtic continued their resurgence with a 3-2 Premier Sports Cup win over Hearts that was more comfortable than the score suggests.

Edouard – back in the starting line-up as centre-forward after Ryan Christie missed out with a minor injury – finished off a slick attack in the 29th minute.

Kyogo Furuhashi moved out to a wide left position to accommodate the Frenchman but he linked up with Edouard to set up Stephen Welsh to head the second, and the Japan international restored Celtic’s two-goal cushion in the second half. 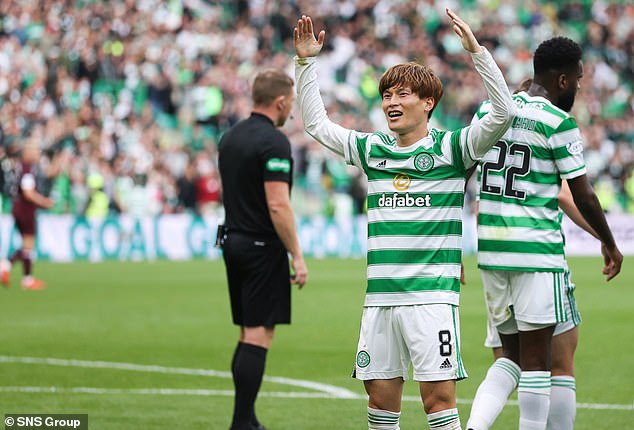 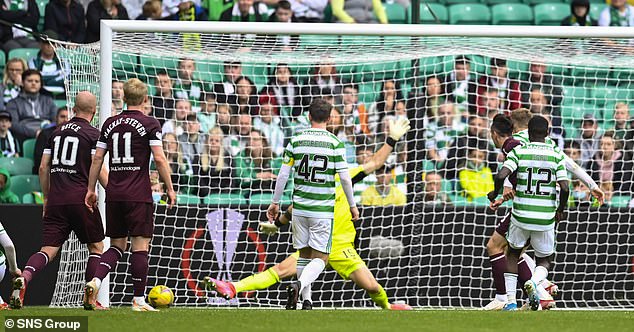 Carl Starfelt had gifted Liam Boyce the chance to get Hearts back in it from the penalty spot, and substitute Aaron McEneff pulled a goal back in stoppage-time. But Celtic goalkeeper Joe Hart otherwise enjoyed a quiet afternoon as the hosts dominated possession.

Hearts had beaten Celtic at Tynecastle in the Scottish Premiership opener 15 days earlier but Jambos boss Robbie Neilson admitted a Celtic Park encounter would be a “different ball game” and so it proved.

Hearts welcomed Stephen Kingsley back from illness with winger Josh Ginnelly sacrificed as Neilson went with the 3-5-2 formation which he employed to good effect in the second half of their league encounter.

But the opening stages were one-way traffic. Furuhashi drew a save from Craig Gordon and there were near misses for Edouard, Tom Rogic and Welsh. 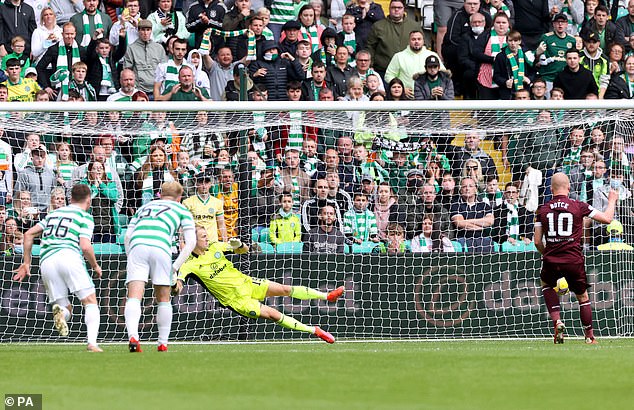 Edouard was booked by John Beaton for going down easily in the box before Celtic opened the scoring after David Turnbull’s instant pass put Hearts on the back foot. Furuhashi directed a wonderful ball to James Forrest, who picked out the unmarked Edouard to stroke home.

The same trio soon combined again after Anthony Ralston had launched a counter attack but Craig Gordon made a point-blank stop from the French striker.

Furuhashi sped on to Turnbull’s bouncing effort but could not turn it home, and the Japanese forward’s quick-thinking helped Celtic double their lead in the 34th minute. His short corner allowed Edouard to cross for Welsh to head home with Hearts ill-prepared.

Edouard came close again from a free-kick after Furuhashi went down off the ball for about the fifth time, with Craig Halkett booked after an assistant referee’s intervention. 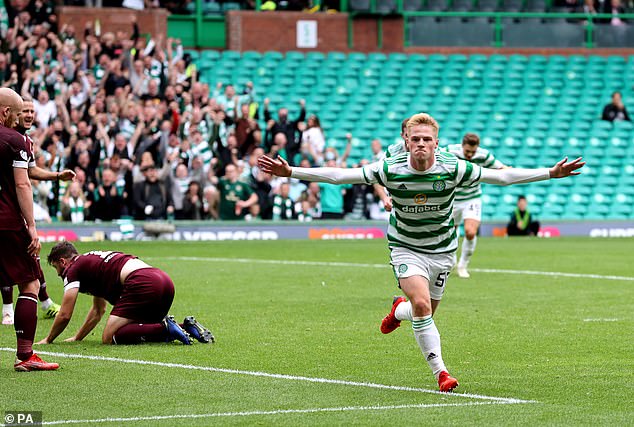 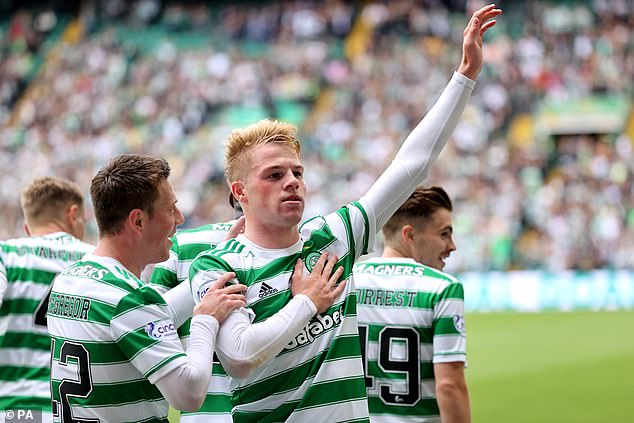 Neilson brought on Ginnelly for Andy Halliday at half-time and the winger soon went down hopefully in the box but there was no penalty or yellow card.

Gordon saved from Edouard, Forrest and Rogic before Starfelt handed the visitors a 57th-minute lifeline. The Sweden defender took a heavy touch as he cut out Ginnelly’s low cross and caught Boyce with his attempted clearance as the striker nipped in.

Starfelt soon saw his pass in front of the 18-yard line cut out by Boyce but the ball went back to Hart, and Celtic restored their cushion in the 63rd minute. A Rogic pass put Furuhashi in down the left channel and the forward’s shot went in off Gordon’s outstretched hands. 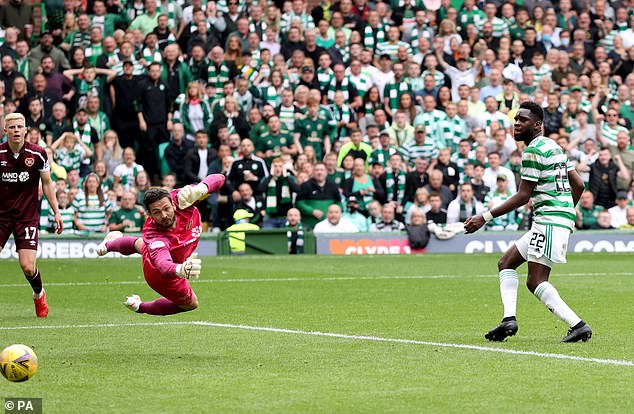 Striker Odsonne Edouard got the Hoops off the mark with a composed, slotted finish

With James McCarthy on for his Celtic debut, the intensity of the game dipped.

Callum McGregor applauded former team-mate Gordon for clawing his long-range effort away from the top corner as Celtic looked to have the game won.

McEneff stroked home Kingsley’s low cross but there was barely time for Hearts to get the ball back from the restart. 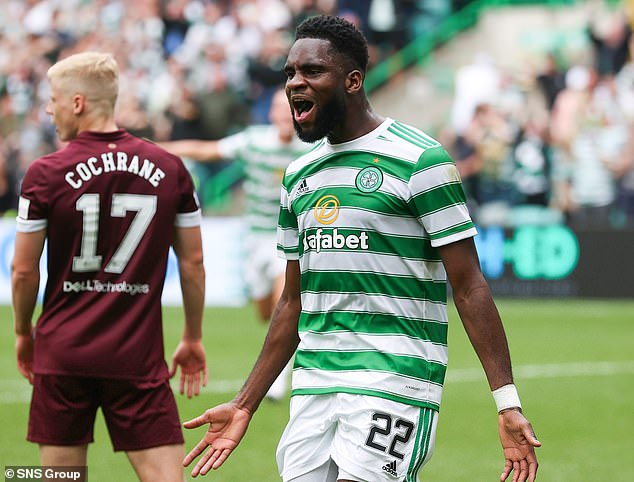