Champions League final stripper Kinsey Wolanski shocked fans on Instagram as she was tasered on her bare bum as a “punishment”.

The 24-year-old hit headlines in 2019 when she ran on the pitch at the Wanda Metropolitano, where Liverpool beat Tottenham to European glory.

She has since gone on to social media stardom, hitting 3.7m Instagram followers with her sexy snaps.

But Wolanski’s latest offering saw her get tasered on her bare bum in a bizarre video.

In the clip, the American is wearing a black bikini after having a dip in a swimming pool to accept the “punishment” for a challenge which is not shared. Nervously waiting, her friend, model Casey Boonstra, then puts the device on her rear.

And the 24-year-old is sent tumbling to the ground from the shock while the Australia swimwear model is left in stitches.

But it is all smiles at the end as Wolanski also sees the funny side of the prank.

The American broke onto the pitch for 2019’s Champions League final to promote the website of her ex-boyfriend Vitaly Zdorovetskiy. She was wearing a black one-piece that had the name of his adult content side, “Vitaly Uncensored”, on it.

Following her 12 seconds of fame during the Champions League final, the former Sports Illustrated and Maxim model found herself in a Spanish jail with a suspended Instagram account.

When it was returned to her, though, Wolanski had gained more than two million followers. 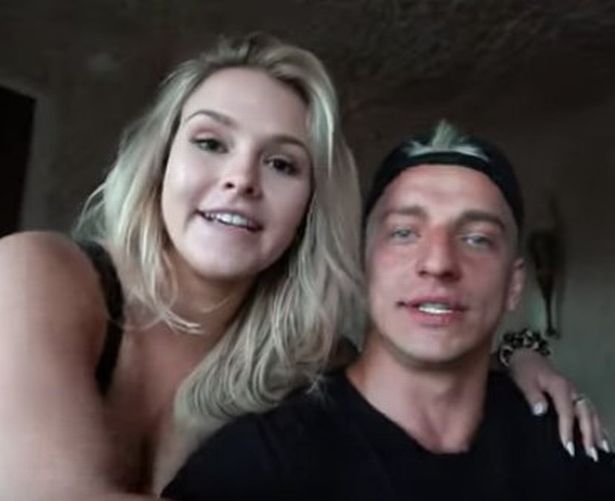 And the fine of £19,200 seemed amid her reported £3.5m earned from the stunt viewed by millions.

The 24-year-old has since been using her fame and fortune to set up a line of sportswear, advertised regularly on her Instagram page.

Despite splitting up with Vitaly, Wolanski kept up her habit of breaking into sport events by raiding the Skiing World Cup last January. Hitting the event in Austria, she wore a black one-piece while holding up a sign reading “RIP Kobe” following the NBA legend’s death last year.

While Wolanski is not with Vitaly anymore, the YouTuber hired a guy to break into the Super Bowl earlier this year.

Tags: Champions League
You may also like
Latest Posts