Brighton had never scored a goal at Stamford Bridge and, for 90 minutes here, it was tempting to wonder if they ever would.

Graham Potter’s side dominated Chelsea for long periods, passing fluently, generating pressure and creating chances, and failing to convert them.

Then, Marc Cucurella clipped one more cross into the Chelsea penalty area and Danny Welbeck found space between Antonio Rudiger and Trevoh Chalobah, sprang high and powered a header past Edouard Mendy.

It was a reminder of Welbeck’s quality and a point was no more than Brighton deserved. For Chelsea the late strike was like a punch to the guts. 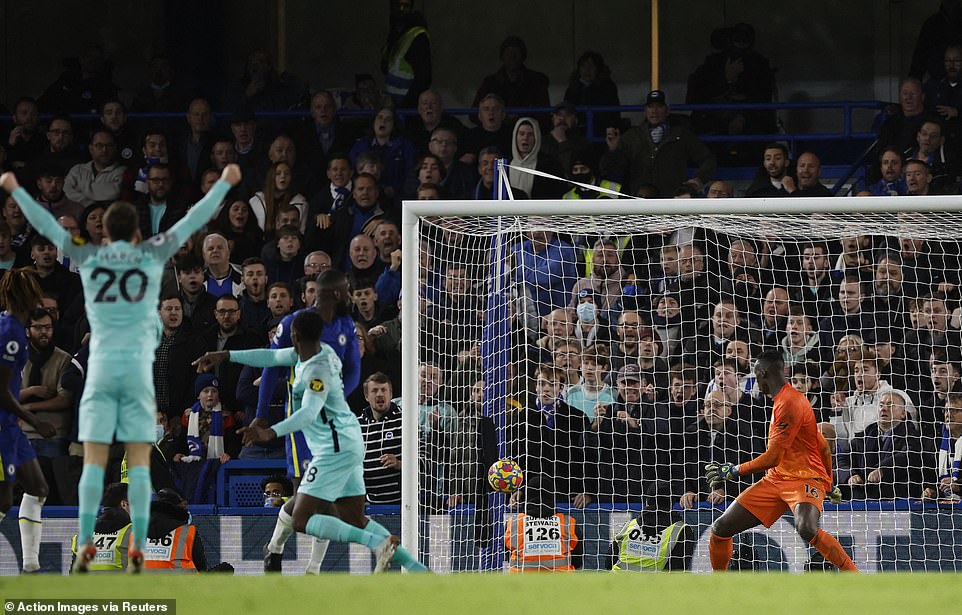 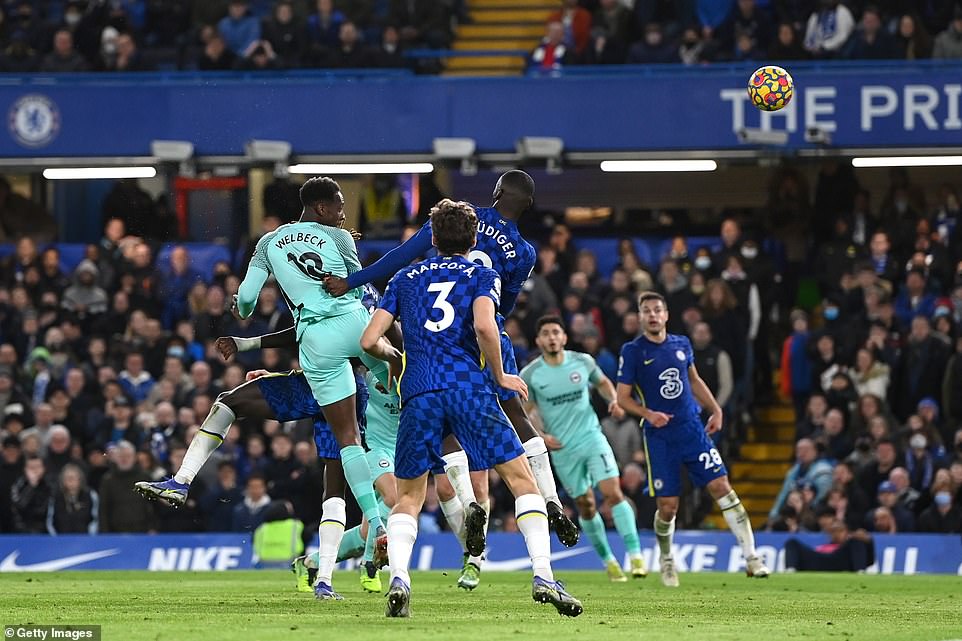 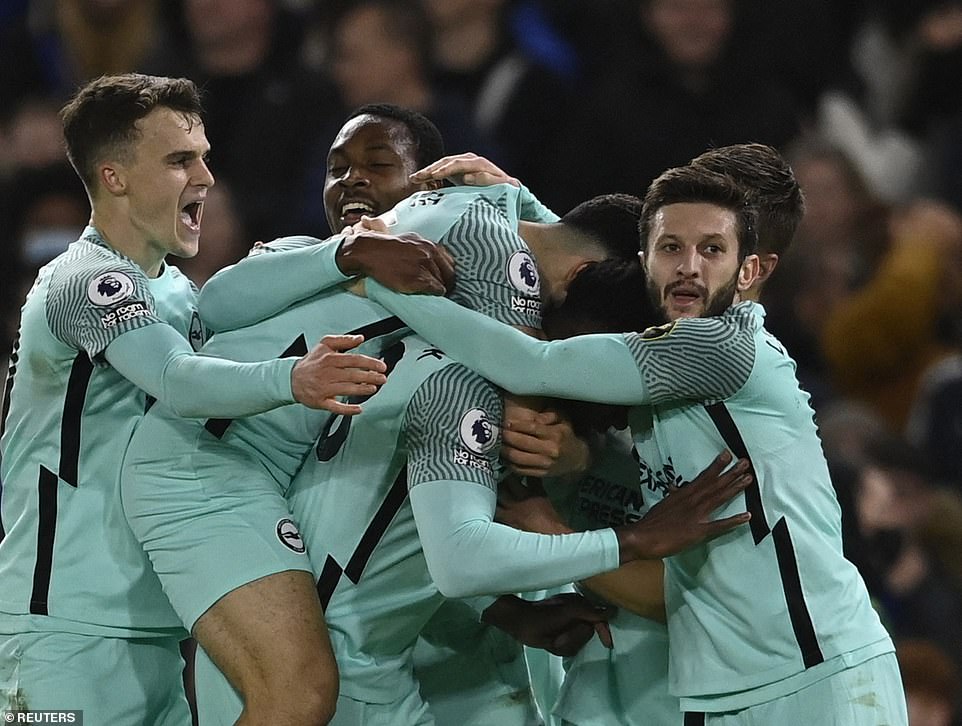 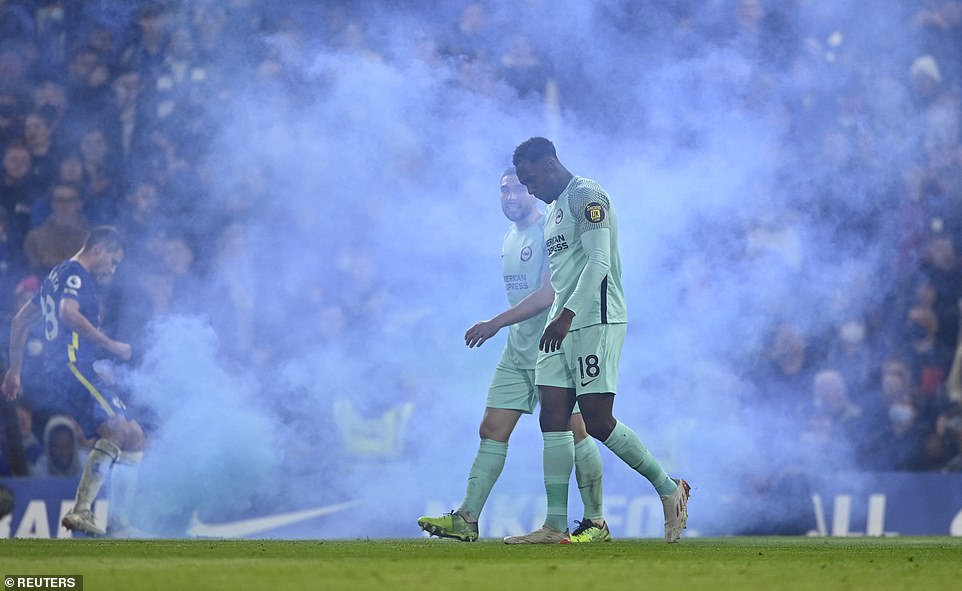 They had led since the 28th minute when Romelu Lukaku headed in from a corner and the European champions spent the rest of the game trying to protect the slender lead. When the ball went out with seven minutes to go, the nervous home crowd refused to throw it back. It was that kind of a night

Thomas Tuchel sent on N’Golo Kante to close out the victory and he must have thought his team had made it.

Chelsea go into the New Year as the closest challengers to Manchester City at the top of the Premier League but they will regret more dropped points and more injuries, to Reece James and Andreas Christensen, ahead of Sunday’s clash with Liverpool.

James started at left wing-back as Tuchel tried to ease the burden on Marcos Alonso, after confirmation that knee surgery was likely to rule Ben Chilwell out for the rest of the season. Christian Pulisic dropped into the role on the right as Thiago Silva and N’Golo Kante missed out through injury. 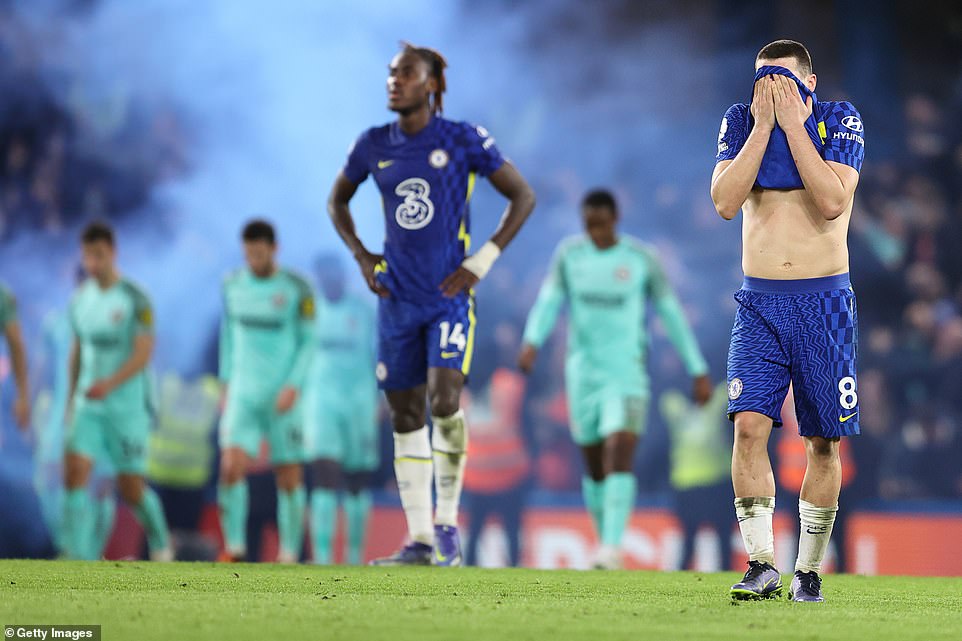 At one end, James was responsible for policing Brighton livewire Tariq Lamptey, a Chelsea academy graduate, tormenting his former club with his electric pace and jinking runs. At the other, he was the creative force from set-pieces.

Tuchel’s team almost went ahead from a corner, an out-swinger from James, which tempted Robert Sanchez from his line.

The Brighton goalkeeper could only clear as far as Mason Mount, who turned the ball back into the crowd and Cesar Azpilicueta prodded it towards goal.

It took a deflection on the way and rolled into the post before he was clear. James collected the loose ball out wide and Antonio Rudiger headed wide from another of his fine crosses.

Sanchez foiled Mount at the near post before James limped off in pain, midway through the first half, following a challenge by Yves Bissouma. The England international winced as he held his left knee and had to be helped down the tunnel by two of Chelsea’s medics.

Alonso came on to replace him and, within seconds, Chelsea went ahead. Again, the danger came from a corner, this time delivered by Mount. Lukaku shrugged off marker Neal Maupay and headed in at the near post. Maupay went down and rolled around, claiming a foul.

In truth, he was simply out-muscled as the Belgium striker burst clear of his attempts to hold him back. Lukaku performed as if making up for lost time. After making such a positive impact as a half-time substitute at Aston Villa on Boxing Day, his reward was a first Premier League start since mid-October.

His season was interrupted by an ankle injury and Covid delayed his comeback but Tuchel has been strangely reluctant to throw him back in, claiming Chelsea were playing with more intensity without him. 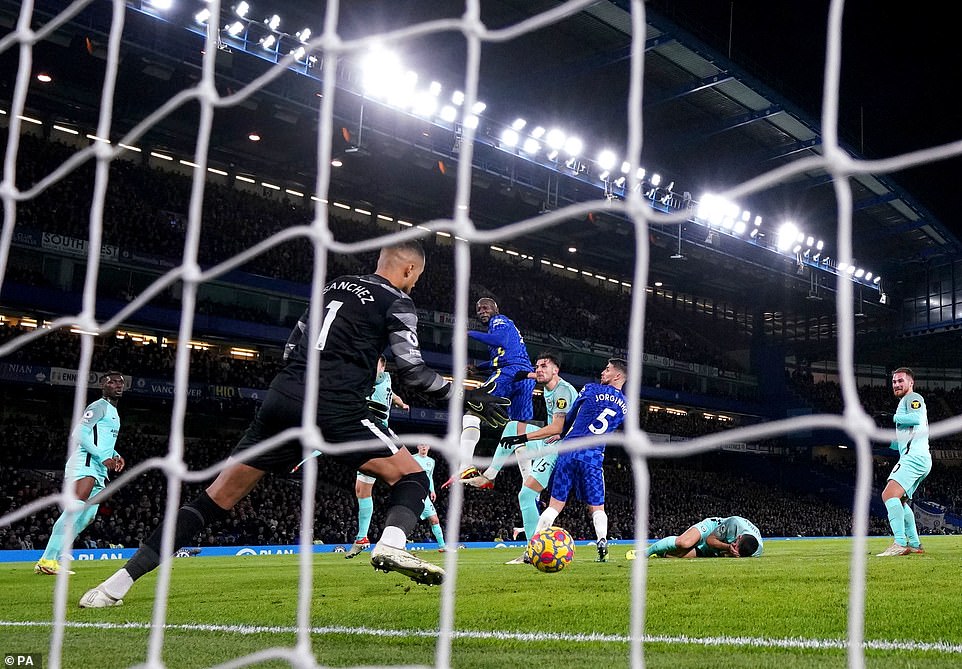 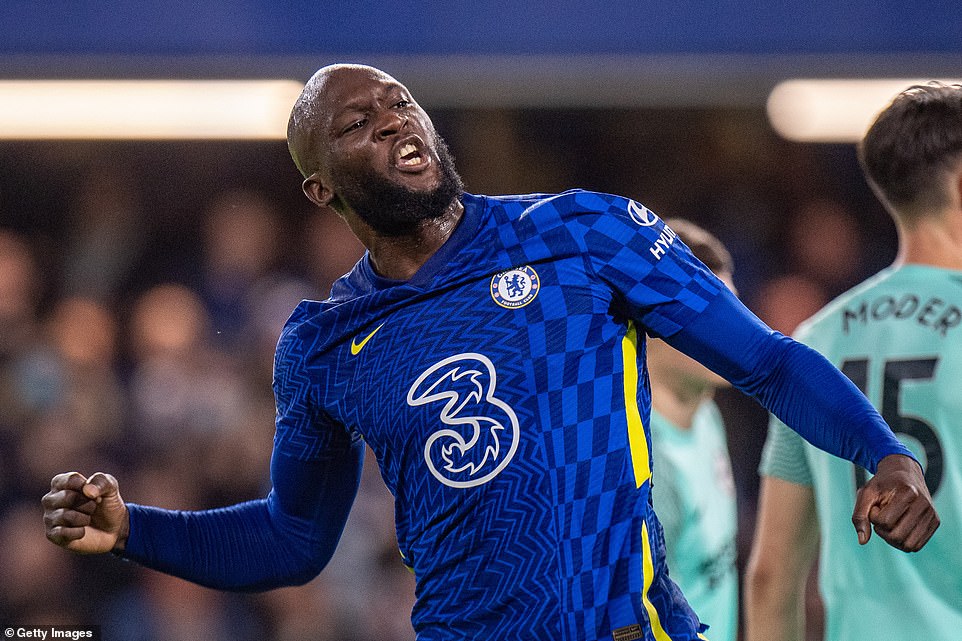 Once behind, Brighton came to life, forced the home team back and began to test Edouard Mendy. Bissouma registered the first attempt on target. It was straight at the goalkeeper from the edge of the penalty area and saved comfortably.

Mendy had to work harder to keep out an effort from Adam Lallana, diving to his right. Lamptey and Alexis MacAllister both fired over before the interval. Chelsea were forced to dig in to defend, and Rudiger was shown a yellow card for jumping into a tackle on Lamptey. Fortunately for Rudiger, he got some of the ball.

Brighton dominated the passage of play going into half-time and were the better team after the restart, when Chelsea returned without Christensen, who required treatment for injury during the first half and was replaced by Trevoh Chalobah.

Jakub Moder was close to equaliser with a delicate volley, glanced onto the top of the bar, from a pass by Lallana. Mendy beat away a swerving free-kick from MacAllister and pushed over another fierce drive from Bissouma. 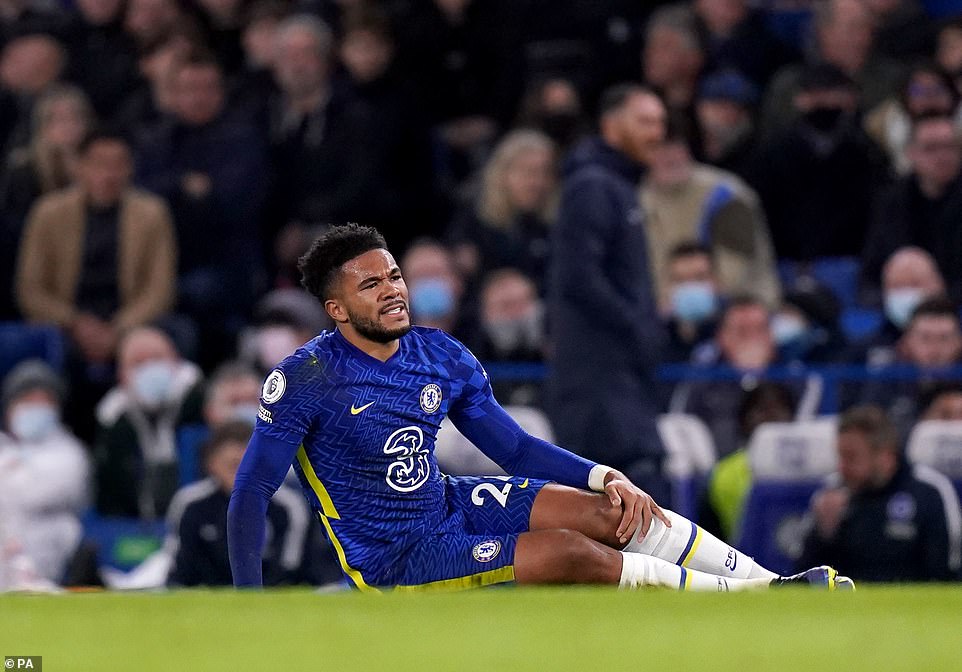 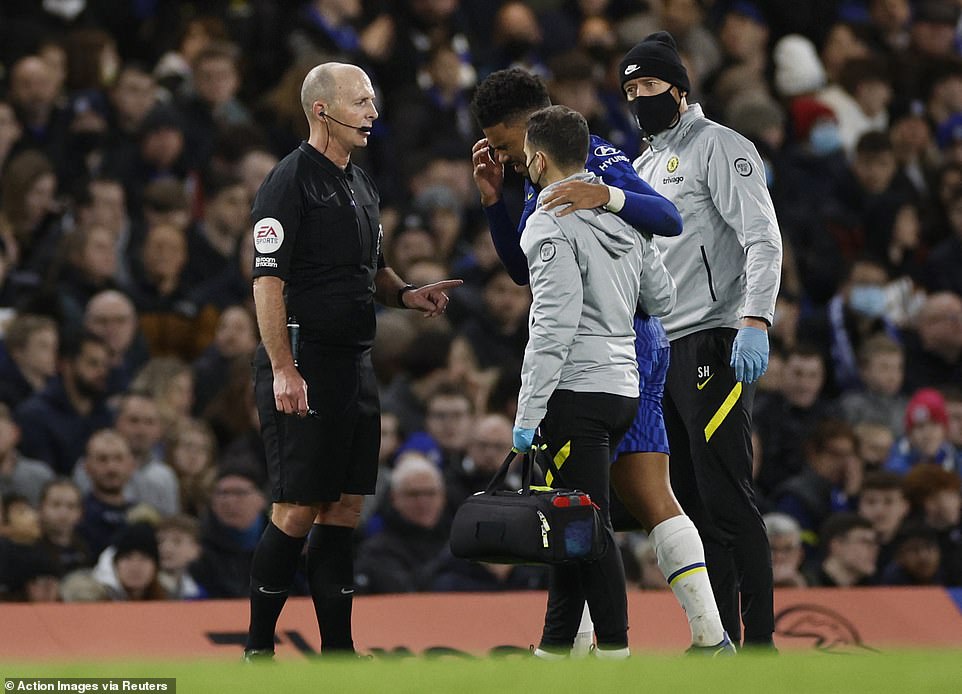 Maupay flashed a crisp shot wide and saw another chance blocked by Rudiger. Lallana whipped another wonderful chance over with his left foot.

In the first hour, the visitors had recorded 13 attempts at goal. More than twice as many as Chelsea. Still they trailed, old habits in front of goal haunting them and they were increasingly vulnerable to the counter-attack.

Callum Hudson-Odoi ought to have stretched the lead when released by Lukaku. Hudson-Odoi sped clear but rather than go for goal he tried to cut a pass square to Mount and Joel Veltman was able to make an interception.

Tuchel sent on Kante and regained some control. They seemed to have done enough when Welbeck pounced in stoppage time, for his second goal of the season.

Those in the away end celebrated long and hard. Perhaps it was worth the wait.