Chelsea could sell Michy Batshuayi during the summer transfer window after reports claim several Bundesliga clubs have made approaches for the striker, according to reports. The 26-year-old is out of favour under Frank Lampard at Stamford Bridge and may look to cash in before they risk losing the player for free at the end of next season.

Batshuayi has made 24 senior appearances for the Blues this season, scoring six goals and providing two assists.

However, the frontman has been snubbed in recent weeks with Lampard preferring to deploy Olivier Giroud in attack while Tammy Abraham remains sidelined due to injury.

And Batshuayi suffered further embarrassment when he was overlooked in favour of youngsters Tino Anjorin and Armando Broja during the comfortable 4-0 win over Everton last time out.

German outlet Fussball now claim “several Bundesliga clubs” have “reached out” to the striker over a potential summer move.

JUST IN: Premier League has no choice but to ban fans from matches to contain coronavirus outbreak 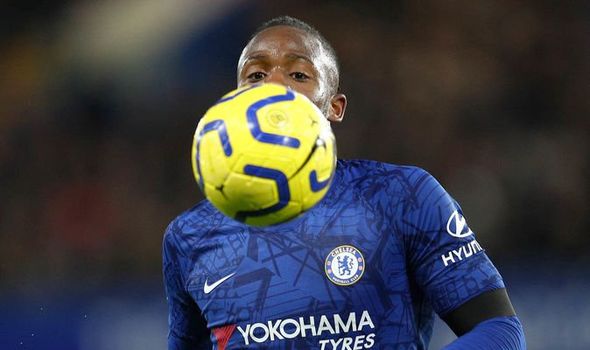 Batshuayi impressed during a loan spell at Borussia Dortmund in the second half of the 2017/18 season, scoring nine goals across all competitions.

And the latest report claims the frontman is still an enticing option for Bundesliga sides, stating how his minutes-per-goal ratio compares favourably to that of Abraham.

Batshuayi notches every 136 minutes, while Chelsea’s current first-choice striker only manages a goal every 166 minutes.

Meanwhile, Olivier Giroud was on the verge of leaving the club in January after terms were agreed with Inter Milan, but Chelsea blocked the move after failing to sign a replacement.

And now the World Cup winner is back in favour under Lampard following Abraham’s recent injury, having started the Blues’ past five matches.

Giroud recently expressed his desire to stay at Stamford Bridge, meaning Batshuayi is now most likely to leave in the summer.

However, Chelsea have so far failed to find a suitor for Batshuayi with the club previously wanting to to recoup the majority of the £32million they paid Marseille in 2016.

Recent reports suggest Chelsea are now willing to climb down from their initial asking price, although any sale may well rely once again on a replacement being signed. 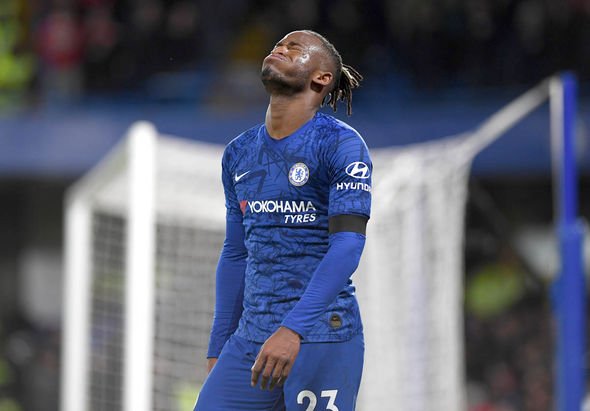 It is not known which Bundesliga sides have made enquiries after Batshuayi, who was challenged to make an impact following Abraham’s injury in February.

“There have been times this season where he has come on and he has made a difference, and that needs to be consistent,” said Lampard.

“To be fair to Michy – his approach and work ethic, I cannot complain about it at all in training.

“I’m sure he will say he hasn’t had that many opportunities that would be normal for a player that’s played as much as him this season.

“But the reality of it is, when you get those opportunities, whether it’s ten minutes coming on to try and affect a game, or starts in whatever game they are, you need to try and absolutely make an impact.

“At times he’s made an impact. At other times not so much. The brutal reality is, I suppose Tammy’s had a really good season and his [Batshuayi’s] moments have probably not been as much as he would want.

“But he does have to try and make the impact in every little moment and chance he gets.”