Chelsea boss Frank Lampard has opened up on how his relationship with former boss Jose Mourinho has changed since entering management. Both Lampard and Mourinho had a dynamic relationship during their time together at Chelsea, winning two Premier League titles.

Mourinho’s two spells at Stamford Bridge have arguably been the best years of his managerial career, with Lampard benefitting from the Portuguese coach’s masterclass from the dugout.

Now times have changed though with Lampard taking his knowledge into the technical area, stepping into his former manager’s shoes at Stamford Bridge.

Before that of course he spent a year in charge of Derby County, which included a first meeting with Mourinho in the EFL Cup against Manchester United with the Championship outfit pulling off a surprise win on penalties.

The two faced off again in December in north London with Willian scoring twice as the Blues opened up a six-point gap over Tottenham.

JUST IN: Tottenham boss Jose Mourinho urged to use Troy Parrott against Chelsea 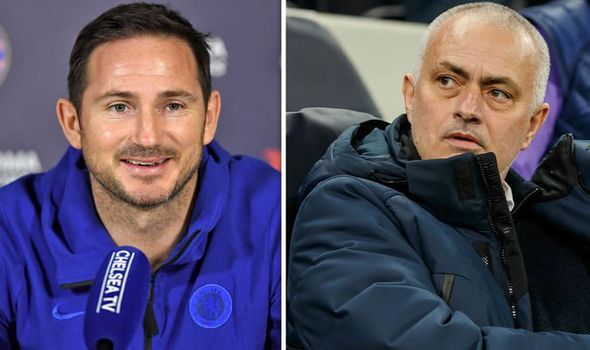 But Chelsea have endured a torrid run of form of late with Tottenham now just one point behind ahead of their reverse fixture at Stamford Bridge this afternoon.

It will be the first time Mourinho returns to Chelsea with Lampard in the opposite dugout and the former England international has opened up in his relationship with the Tottenham boss.

He said: “No, our relationship after working together, I was a player and he was a manager obviously, it changes.

“It changes, once that happens and I move on it changes.

Mourinho backed to carry out ‘masterclass’ as Tottenham visit Chelsea

“It has not changed in any way [since].

“I wished him well and he wished me well when I got the job so no we are very amicable and respectful of each other. We just want our teams to win.

“I’ve been up against him twice as a manager. I’ve got huge respect for him and I’ve just been caught up in the idea of how we’re going to win this game.

“He’s a manager who is hugely talented. His medals and trophies speak for themselves. 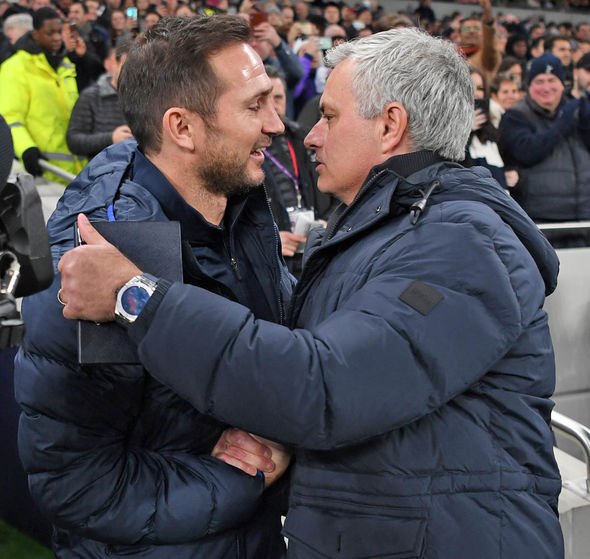 “I’ve got respect for him but I’m not considering as much the personal and individual battle between me and him. I’m just trying to get my team out there to win the game.”

Sheffield United and Manchester United are also within one result of moving into the top four.

Chris Wilder’s side have been in amazing form all season long and have a good run of fixtures coming up against Brighton, Norwich and Newcastle in their next three games.

The Old Trafford outfit though face rivals Manchester City and Tottenham after the FA Cup break next month.