Chelsea boss Frank Lampard remains coy about Kepa Azzibalaga’s future at the club but described a lot of the transfer speculation as “false”. Kepa has fallen out of favour at Stamford Bridge following a series of calamitous performances and has been replaced by veteran goalkeeper Willy Caballero between the sticks.

I have read a lot of false articles, probably guessing on players

The Blues are reportedly looking to offload the struggling keeper however Lampard has poured cold water on the speculation.

The Chelsea manager didn’t get into any detail about the Spain international’s status as he claimed he is focused on the next few matches at hand.

Lampard said: “I have read a lot of false articles, probably guessing on players.

“Every time I see a Chelsea player put on the shirt they are in control of their own destiny somewhat individually. 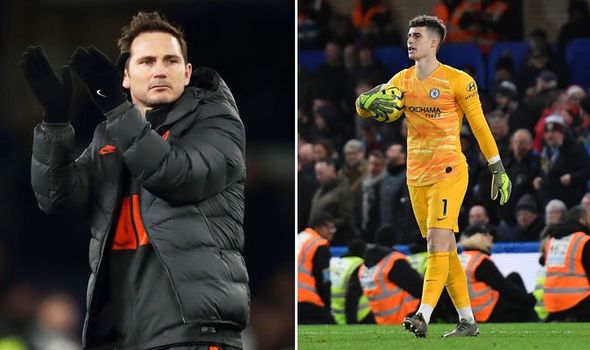 “You can’t always control collectively the result. All I am focusing on is game by game to get the best finish to the season that we can possibly get.

“Then of course there are decisions for the club ongoing in the summer, we have to look at that.

“But no way am I jumping forward to the future now and a lot of those reports are wrong.”

Lampard has recently claimed that he isn’t looking to sign a new goalkeeper despite his decision to omit Kepa in the last four consecutive matches. 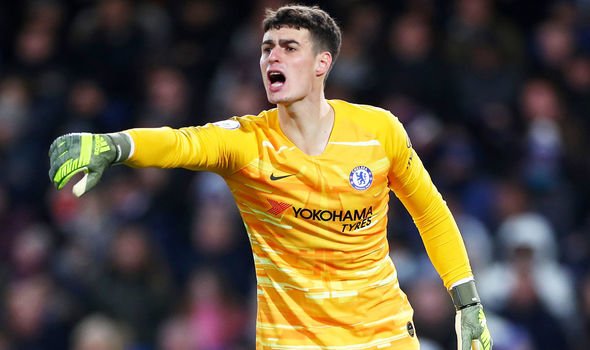 The Chelsea legend admitted that he made that choice after a series of uninspiring performances by the Spaniard in goal.

The Blues boss claims that the former Athletic Bilbao star will have to learn from those poor performances if he wants to return to the starting line-up.

Lampard previously said: “I’m not looking at signing a goalkeeper now. I’m aware of the criticism, but I’m not affected by it.

“Kepa knows there have been mistakes that have cost goals. That’s the nature of it and that needs to improve.”

Chelsea are set to take on Bournemouth on Saturday at the Vitality Stadium (3pm) and Kepa is expected to remain on the bench.

The 25-year-old joined the Blues in 2018 from Bilbao in a club record £71million deal, which marked the highest ever fee paid for a goalkeeper.

Since his move to Chelsea, Kepa has made a total of 85 appearances and has conceded 94 goals.

He has played 24 times in the Premier League this season and also started in all six of the team’s Champions League matches.

Kepa has only managed 10 caps for Spain as Manchester United star David De Gea has been established as the starting keeper ever since Iker Casillas’ retirement from international duty.

Tags: autoplay_video, Chelsea
You may also like
Latest Posts