Billy Gilmour picked up the man of the match award as Chelsea brushed Premier League leaders Liverpool aside at Stamford Bridge and Frank Lampard had nothing but praise for the young midfielder after the game. Lampard had selected a relatively experienced team to take on Jurgen Klopp’s side, with one exception.

Ross Barkley and Mateo Kovacic are regulars in the starting line-up and they were joined by young Gilmour in midfield.

There are high expectations on the 18-year-old to break into the first team on a more regular basis, but he was handed a tough ask against the current league leaders.

However, Gilmour dealt with the occasion expertly from the first whistle as he cut a calming figure in the middle of the park.

He also had Chelsea fans gasping in delight at one point in the second half when he left Fabinho for dead with a beautiful move to start a counter-attack. 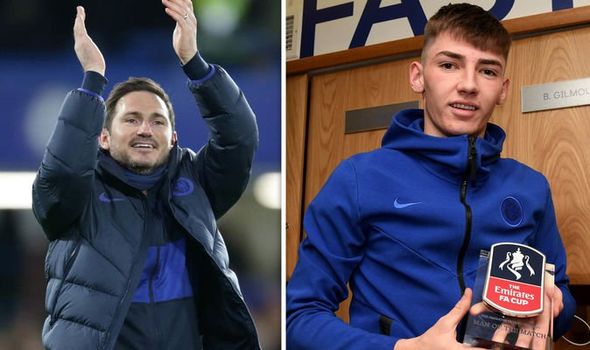 The teenager’s presence in midfield allowed the likes of Ross Barkley and Mason Mount to express themselves further forward.

And Lampard couldn’t speak highly enough of Gilmour, praising his impact against the reigning European champions.

“What an incredible performance for a young player,” Lampard said.

“He was a calm head in that first five or 10 minutes. He’s a throwback of a midfielder to when I grew up.

“Can you put your foot in? Yes. Can you make angles to play the passes? Yes.

“He’s only slight in stature but he’s huge in personality.

“He deserves people to talk about him after a performance like that.”

The FA Cup is likely to be Chelsea’s only shot at silverware this season, unless they can overturn a 3-0 deficit against Bayern Munich and go on to win the Champions League.

When drawn to face Liverpool though, some didn’t give the Blues much hope with Jurgen Klopp expected to field a stronger line-up than past rounds.

The Liverpool boss did go with some usual first-team players such as Virgil van Dijk, Joe Gomez, Andy Robertson and Sadio Mane. 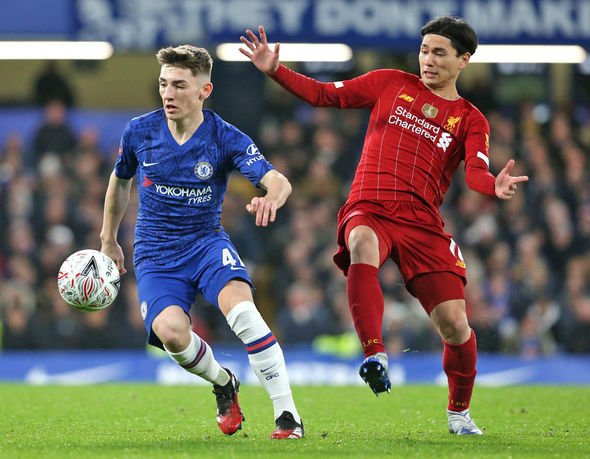 But Chelsea were able to frustrate Liverpool’s forward players, while the attacking threat of Barkley, Olivier Giroud and Willian and Pedro continued to trouble their opponents.

Chelsea will have a few days to recover before a crucial Premier League clash against Everton as they bid to hold on to fourth place.

However, Lampard doesn’t want that to overshadow Chelsea’s win over the Reds and wants his players to bask in their victory.

“Liverpool are the best team in the league and what they are doing is incredible,” he added.

“So for us to put in a performance like that, the effort, the quality was something special.

“We know we’ve got a long way to go but you have to celebrate those moments.”