Chelsea boss Frank Lampard has launched a scathing attack on the use of VAR after seeing Giovani Lo Celso escape a red card for a clear stamp on Cesar Azpilicueta – only for Stockley Park to admit they got it wrong on their review. Chelsea moved four points clear of fifth-placed Tottenham with a crucial win over Jose Mourinho’s side.

But the match was overshadowed by a VAR decision – or lack there of.

A few minutes into the second half, Lo Celso stamped down on Azpilicueta’s leg with the Chelsea bench up in arms demanding a red card.

The play was reviewed by VAR with replays being shown on TV and a straight red expecting to be shown.

JUST IN: Chelsea win over Tottenham saw the worst VAR decision of the season 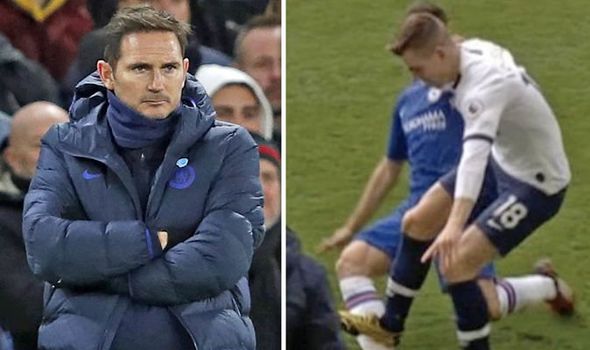 There were collective gasps on social media though when Lo Celso escaped any retrospective action.

Michael Oliver didn’t go over to the monitor either to check for himself with Lampard clearly incensed on the sidelines.

His fury though would turn to bitter dismay later in the match when it was later announced Stockley Park admitted they got the decision wrong.

And Lampard has called on the officials in Stockley Park to improve the use of VAR quickly.

Wenger claims there is unrest between Mourinho and Tottenham star

“It is not good enough, that is two VARs in two games, it is hard to shout about it when you have lost but today everybody saw that. It is a red,” he said.

“I hate to call for red cards but that is a leg breaker.

“I am not saying about referees on the spot, VAR is here to clear things up and it is not good enough.”

The incident overshadowed a good day for Giroud though, who was making his first Premier League start since November.

And the France international hopes his side can build on the win over Tottenham to cement their place in the top four. 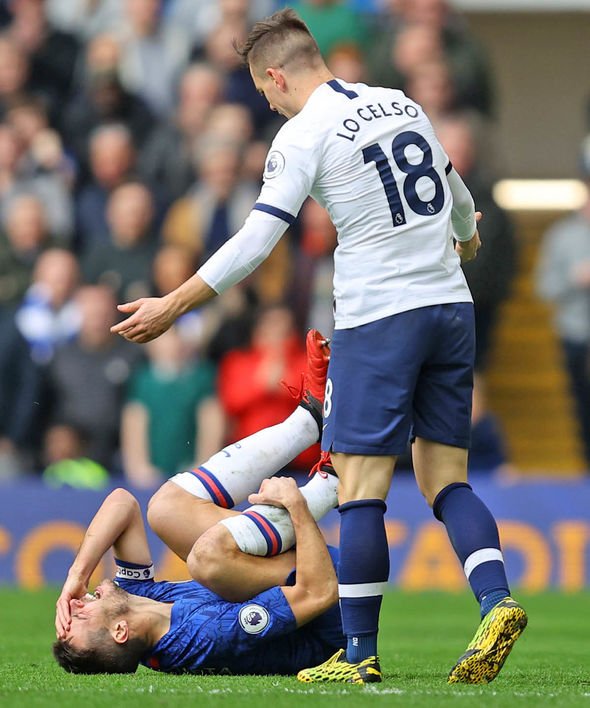 “I was lucky the ball came back after hitting the post and I tried to finish. It was a good feeling for me, a good moment and I’m so happy for the team to win today,” he said.

“It’s been three months I didn’t start, it’s been a special day for me and all of us.

“Tottenham is obviously a rival for the Champions League race, so we are pleased to put them four points behind us.

“This is the start of a good run, I hope, now we need to focus on the Champions League. This game would be nice for the confidence and for the changing room.”