New Chelsea boss Graham Potter is reportedly set to make a surprise player-plus-cash deal in a bid to sign Tottenham striker Harry Kane. The Blues have struggled with their striking options in recent years, and brought in Pierre-Emerick Aubameyang as a short-term fix on transfer deadline day, but the former Brighton boss may want to go in a different direction upfront.

Calcio Mercato Web report that Potter “really likes” Kane and will attempt to prise him away from Tottenham at the end of the season by offering Spurs boss Antonio Conte an opportunity to reunite with Romelu Lukaku, while Chelsea will also include cash in the deal. Arguably the Belgian’s best form came under Conte, where the two won the Serie A title together at Inter Milan and prompted the Blues to spend £97.5million on the striker.

The report claims, however, that one issue that may end up preventing Chelsea from getting Kane is that they have already made arrangements for Lukaku to stay at Inter for a second season, though that option will depend on his performances in the league for the Nerazzurri.

Lukaku has scored just one goal in Italy since making his return to the club on loan from Chelsea, but has only made three appearances due to injury and is set to return to Simone Inzaghi’s squad after the international break. 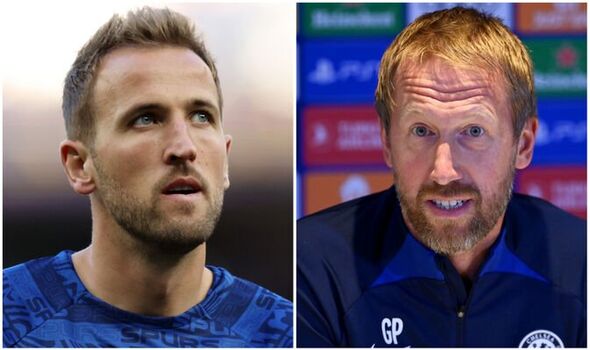 Another factor would be Kane’s interest in swapping London clubs. He has just under two years left on his current contract at Spurs, and after failing to get a move to Manchester City this summer has been linked with a move to Bayern Munich. Sky Sports Germany have claimed that the German side have been in touch with Kane’s representatives over a potential move for the summer.

“I am totally convinced Harry Kane will become a very, very hot topic at Bayern Munich for the next transfer window,” journalist Florian Plettenburg told Sky Sports News. “It depends on the strikers’ performance this year. Bayern bosses have told them ‘let’s see what happens. We have [Sadio] Mane. We have [Kingsley] Coman, [Leroy] Sane, [Serge] Gnabry and so on’. 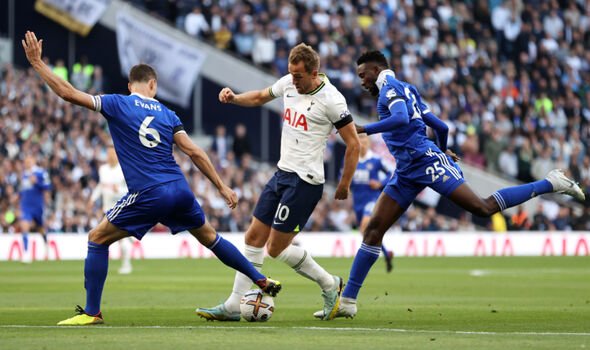 “But if they don’t work and they will miss that number nine, then I told you, Bayern Munich is a number nine club. Harry Kane will become very hot.

“There was definitely contact between the Bayern responsibles and Charlie Kane, the brother of Harry Kane. We hear it confirmed that Harry Kane can really, really imagine joining Bayern.”

If Daniel Levy and the Tottenham chiefs are unable to tie their star to a new contract beyond 2024 they risk losing him on a free transfer, and may be tempted to cash in on Kane