Chelsea boss Thomas Tuchel had a warning for Arsenal ahead of their midweek clash after securing a last-gasp victory over Manchester City. Marcos Alonso scored in the last minute to land all three points in the Premier League.

Chelsea boss Tuchel has revved his side up ahead of their London derby with Arsenal this Wednesday.

It comes after a dramatic victory over City, that prevented them from winning the Premier League on Saturday at the Etihad.

Though it has merely kept the ribbons from changing on the trophy for another day, Pep Guardiola was fuming after watching his side throw away the win. 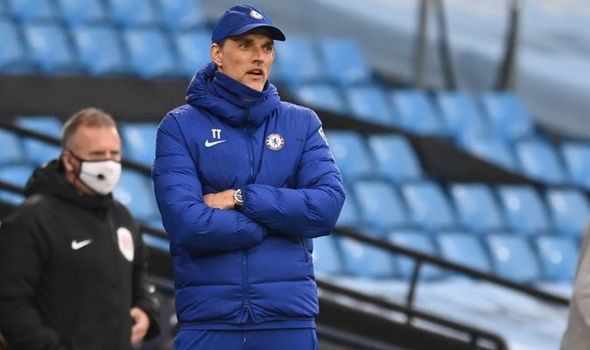 And with the Denmark international off the pitch, the home side rushed forward which saw Billy Gilmour concede a penalty.

Sergio Aguero stepped up, looking to score his 11th goal against the Blues, but his lame Panenka effort was saved by Edouard Mendy.

After the break, Chelsea ramped up their efforts and deservedly grabbed an equaliser through Hakim Ziyech.

But they were not done there, scoring a last-gasp winner through Alonso to leapfrog Leicester into third place.

There are more big games on the horizon for Chelsea, who take on Arsenal this Wednesday before facing the Foxes in the FA Cup final next weekend.

Then there is a Champions League final against City to think about – and Tuchel does not want his side resting anytime soon, with the Gunners next in their sights.

He said: “It’s the best to have the consecutive good performances that lead to good results. The feeling in the dressing room is that the guys are super tired.

“Everybody who was out there gave every drop of intensity and work rate. This is what you need to feel it, really feel the strong bond and strengthen your bond. 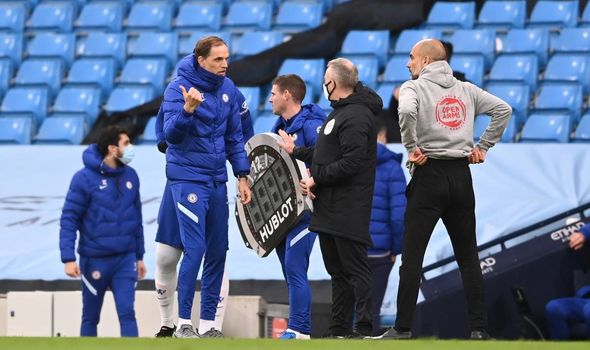 “These experiences, these wins, these big games and you need to be a bit lucky, like I said, this is nothing to be ashamed of.

“Especially because the players do everything they can to force luck on our side.

“This is what it is and now we catch the momentum and we have another big win, from there on, it increases our self-confidence in a healthy way.

“Everyone knows we have to restart on Wednesday.”