Thomas Tuchel has urged Chelsea prospect Conor Gallagher to prove himself in pre-season as the 22-year-old bids to emulate fellow academy graduates Mason Mount and Reece James in playing regularly for the Blues. Gallagher is desperate to make the grade at Stamford Bridge after impressing on loan at Crystal Palace last season.

Gallagher has been linked with another loan spell but the Chelsea fan is desperate to play a role with the Blues next season. He has revealed that he used his older brothers’ straight-talking style to inform boss Tuchel that he is ready to play for the club.

But the German’s message was to insist that the four-cap England international proves his worth during pre-season. Gallagher told journalists on the Blues’ pre-season tour of the USA: “It was a phone call. I told him that I think that I’m ready to play for Chelsea. I said: ‘You know that’s what I want to do’.

JUST IN: Presnel Kimpembe next on Chelsea’s shopping list after Sterling 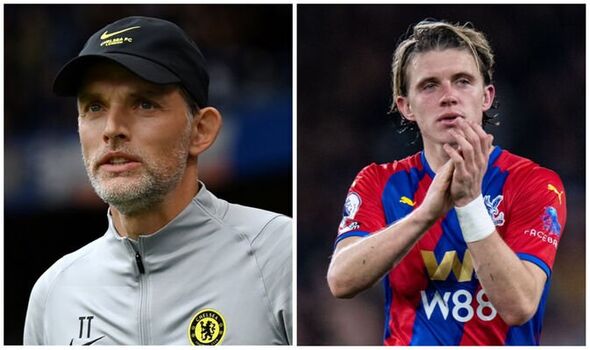 “I’ve got older brothers and [you learn] if you’ve got something you want to say or ask then you just ask because managers aren’t scary. They want to talk to their players. They want to know what your thoughts are and what you think.

“We both got out of the call what we needed and it was clear after that. He wants me to prove myself in pre-season and hopefully be part of the squad.”

Attacking midfielder Mount and defender James have both come through the ranks at Cobham. The pair have made 123 and 159 appearances respectively and both started Chelsea’s Champions League final victory over Manchester City. 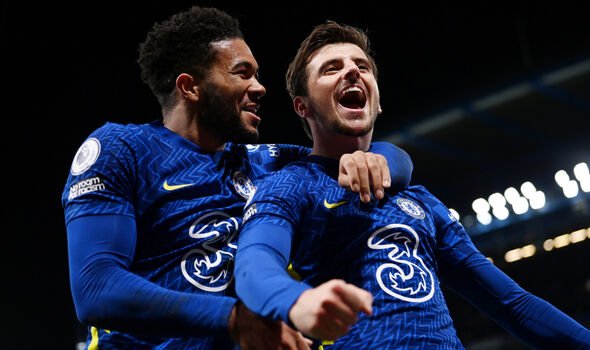 And Gallagher is keen to replicate the success enjoyed by the duo. However, he understands that it will be difficult to win a place given the wealth of talent Tuchel has in midfield.

“You can see with Mason and Reece that the fans love them. Obviously everyone knows they are world-class players too but it makes it more special if they have come through the academy,” he added.

“I grew up with them and I feel like I’m able to do that. But it makes it even more special that my family and I have always been Chelsea fans. It will be a dream come true to play regularly for Chelsea and perform on the pitch.

“Everyone knows how much I loved it at Palace. I appreciate every single person at that club, but everyone knows I’m a Chelsea fan and I’d love to be part of the squad.”