Why Everton are the real acid test for Chelsea’s title chances: Goodison graveyard is littered with failed Blues sides, but as Frank Lampard knows, victory there has led to club winning the ultimate prize three times

With Everton getting off to a flyer this season and their new signings providing the magic, Carlo Ancelotti’s side appeared the real deal and a top-four finish looked on the cards.

The arrivals of James Rodriguez, Abdoulaye Doucoure and Allan had given the Toffees massive momentum, and they started off the season with four straight victories – including away at Tottenham on the opening day of the campaign.

Everton were knocking off the wins and scoring goals for fun, but fast forward two months and the Toffees have been brought back down to earth. 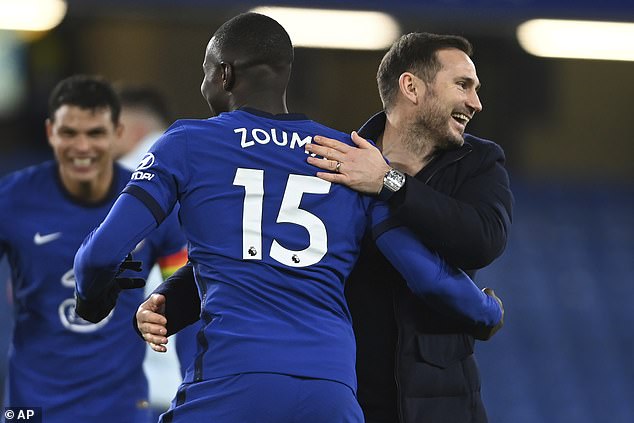 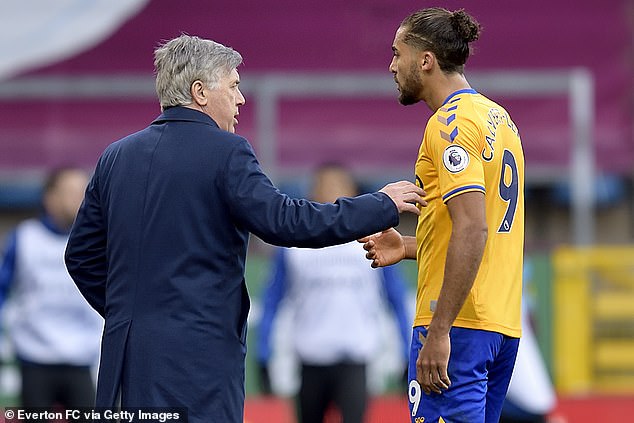 They have claimed just five points from their last seven games and Ancelotti needs a response from Rodriguez and Co if they want to get their European hopes back on track.

And there would be no better time for Everton to do that than against a formidable-looking Chelsea side under the lights at Goodison Park on Saturday night.

Frank Lampard’s men, following their summer spending spree, have put themselves right into title contention, sitting just two points off the top having scored the second highest amount of goals while conceding the second least.

Chelsea head into the weekend’s eagerly-anticipated encounter as favourites, however from history Lampard knows it certainly won’t be an easy test. But victory at Goodison Park would go a long way to proving their title credentials.

Goodison Park is historically a tough place to visit for any team, and the league’s best have come unstuck on Merseyside plenty of times down the years – and Chelsea are certainly one of those. 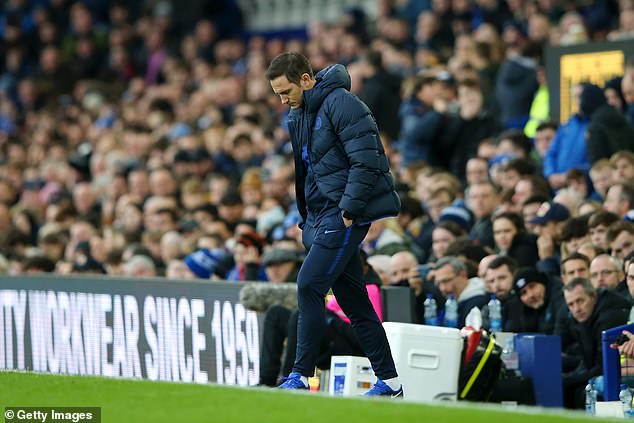 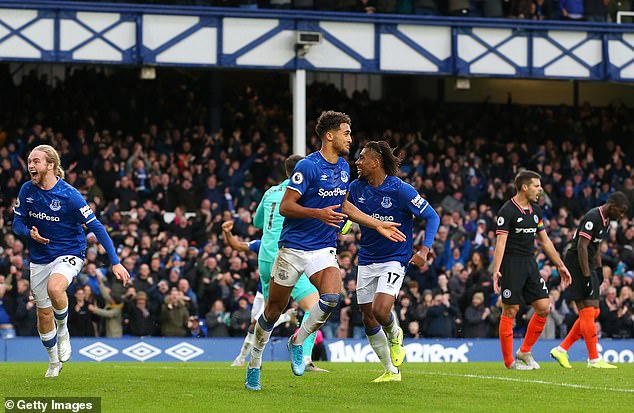 Just last season, Lampard was on the wrong end of the result as caretaker manager Duncan Ferguson inspired his beloved Toffees to a comfortable 3-1 win.

But last term, that result didn’t come as too much of a surprise as Lampard was still adapting to life in the Chelsea hotseat with a young squad at his disposal, while fighting a transfer ban simultaneously.

He managed a top four finish on the final day of the season but it wasn’t a squad built for a Premier League title assault, not like this one.

Lampard knows that if Chelsea want to be in the mix for the title come the end of the season, then victory at Everton will be vitally important. 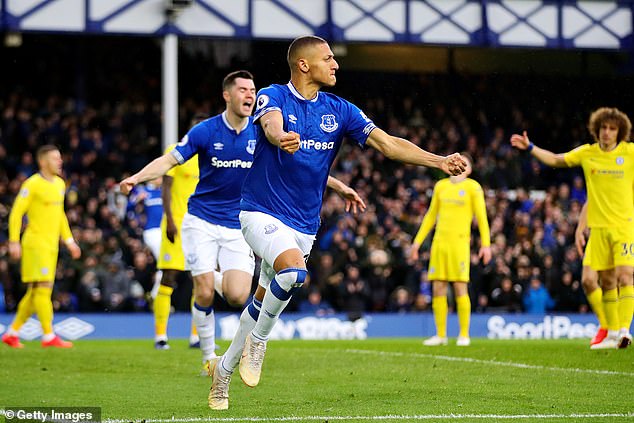 The last two times the Blues have won the Premier League with a tight-knit and star-studded squad in 2014-15 and 2016-17, Chelsea have run out comfortable winners at Everton – 6-3 and 3-0 respectively.

Lampard, arguably Chelsea’s greatest ever player, will be desperate for something similar come Saturday night.

But the former England midfielder knows all too well that his Chelsea side will have to be at their absolute best to reign supreme on Merseyside.

Since the Blues muscled their way to becoming one of the Premier League’s biggest forces, it hasn’t been an easy ride for the club at Everton.

In the 16 seasons from when Chelsea won their first Premier League crown, the Blues have won just six times at Goodison Park – including the two mentioned en route to clinching their most recent titles. 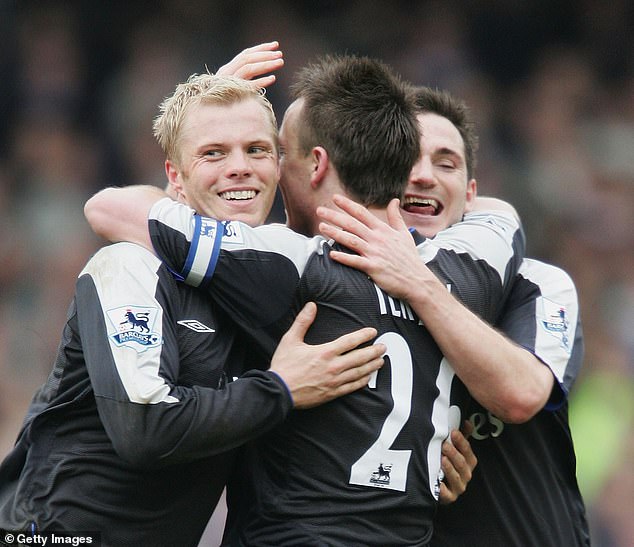 It is a stat that will worry Chelsea fans hugely heading into the weekend’s encounter.

The Stamford Bridge outfit have been on the losing side seven times, while drawing on three occasions.

Chelsea’s last three trips to face Everton have all ended in disappointment – drawing in 2017-18 before walking away with nothing during the last two campaigns.

But Chelsea’s squads in those last three campaigns haven’t been as strong or in depth as it is this term.

And history has shown that when Chelsea get a result at Goodison Park, they tend to have a formidable squad at their disposal, just like they did under Jose Mourinho during their first title-winning campaign in 2004-05.

The Blues ran out narrow 1-0 winners thanks to the Eidur Gudjohnsen’s goal in the second half, before claiming victory in December 2006 under Mourinho again and in April 2008 with Avram Grant at the helm as the club finished second in the league both times. 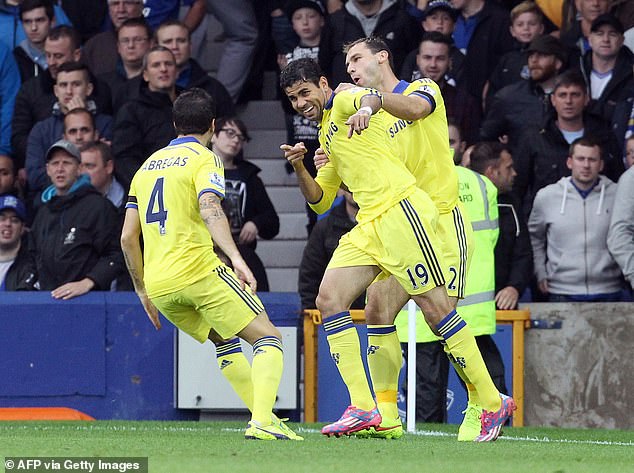 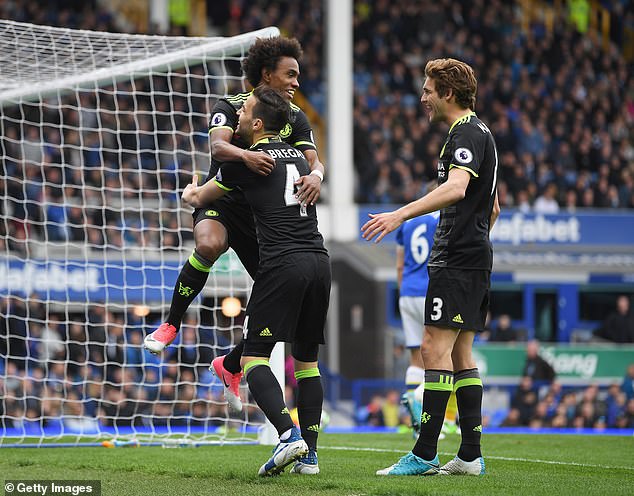 And with the likes of Werner in attack, Hakim Ziyech and Christian Pulisic on the wing, and Kai Havertz sitting just behind in midfield, the Blues have a huge threat from everywhere this season – and they will fancy their chances on Saturday.

In fact, Chelsea have 13 different goalscorers in the Premier League this term after 11 fixtures – no other side is into double figures yet.

The Blues, who also boast an intimidating defence having conceded just 11 goals, look like the real deal.

If Chelsea can walk away with all three points on the weekend, Lampard will be quietly confident that a Premier League title charge is well and truly on. 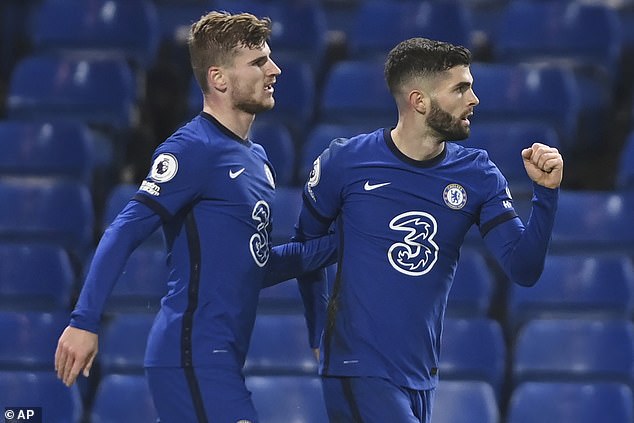 Tags: can, Chelsea, prove, their, title
You may also like
Latest Posts