Chelsea manager Frank Lampard is hoping to stamp his mark on the Blues squad with a number of new signings this summer ahead of the 2020/21 campaign. However, the coronavirus crisis has put a strain on club finances throughout football so swap deals are set to become ever more popular over the coming months.

Chelsea are hunting reinforcements in a number of key areas, specifically at left-back and in attack as they look to freshen up their roster.

Ben Chilwell and Jadon Sancho have both been touted as potential high-profile signings this summer, but with a combined valuation of around £200million they will not come easy.

Lampard is hopeful of generating funds for this investment through player sales, with the likes of Alvaro Morata and Tiemoue Bakayoko set to bring in a total of £80m between them if they join Atletico Madrid and Paris Saint-Germain as expected.

But according to Football London the Blues boss could also look to use unwanted players as makeweights in swap deals. 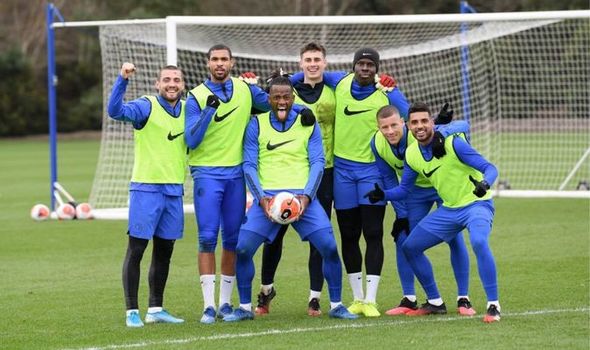 Kepa has endured a tough time at Stamford Bridge since his world record £71million move from Athletic Bilbao in 2018, falling out with former boss Maurizio Sarri before being dropped by Lampard midway through the current season.

The Spaniard’s future remains uncertain and a host of high-profile replacements have been touted, including Onana who came through the ranks at Ajax and starred in his side’s run to the Champions League semi-finals last season.

Next up is a straight swap between Jorginho and Juventus ace Miralem Pjanic, with the former a known favourite of Old Lady boss Sarri.

Lampard is believed to be keen on keeping hold of Jorginho, who has been one of Chelsea’s best players this season, as long as he remains happy and committed.

Meanwhile, Pjanic has also been attracting attention from Paris Saint-Germain but recently revealed that he only desires a move to Barcelona – potentially scuppering any chance of this swap coming off.

Football London go on to suggest Emerson Palmieri heading to FC Porto in place of Alex Telles if a deal for Chilwell cannot be secured.

Telles has a release clause of just €40m (£36m), making the Brazilian far cheaper than Leicester star Chilwell, and the 27-year-old has already told Porto he will not sign a contract extension. 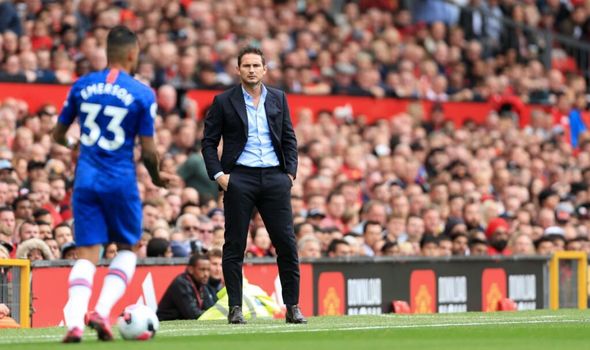 Depending on how both clubs value Emerson, the Blues may have to add a little extra cash into the deal in order to balance the scales.

The fourth suggested swap is an ambitious one, with Andreas Christensen heading to RB Leipzig and Dayot Upamecano arriving at Stamford Bridge.

Christensen struggled to break into Lampard’s starting XI during the opening months of the campaign, partly due to persistent injuries, but was beginning to form a partnership with Antonio Rudiger before the coronavirus crisis struck.

However, Upamecano is one of the brightest talents in European football and Chelsea would surely jump at the chance to snap up the Frenchman If a swap deal was a possibility.

Finally, Michy Batshuayi could find himself heading to Lyon as part of a deal to secure the services of Moussa Dembele.

Chelsea require a reliable striker to ease the goalscoring burden on Tammy Abraham and have identified Dembele as their priority target.

Extra cash will be needed to convince Lyon to allow such a transfer but Batshuayi still holds significant value despite his recent struggles and would likely relish a chance to establish himself as first choice at a new club.