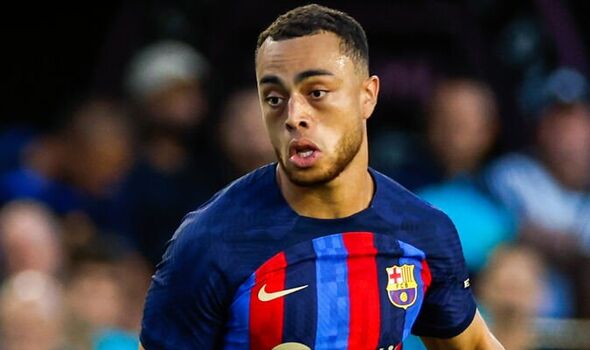 Chelsea are looking to sign Sergino Dest from Barcelona with the defender also a target for Manchester United, and the Blues are said to have an advantage over their Premier League rivals in their bid to land the American. New owner Todd Boehly has been busy since taking over, recruiting Raheem Sterling and Marc Cucurella while pursuing Wesley Fofana.

If the new American owner can clinch an agreement for Leicester defender Fofana, which might cost £80million to £85m, the Londoners’ summer spending will come to just shy of £200m on the trio. But they are far from done there.

The Daily Mirror say Barcelona’s 21-year-old full-back Dest is another player on their radar. That’s with the Catalan giants currently in negotiations with Chelsea to secure the signing of Marcos Alonso.

Marcos Alonso was left out of the match-day squad as Chelsea beat Everton at Goodison Park on Saturday night, with Ben Chilwell starting at left wing-back and Cucurella making his debut as a substitute. The Spaniard is to join Barca imminently. 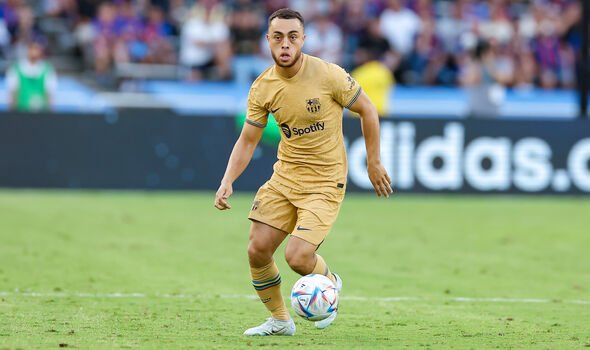 But while Alonso will arrive at the Nou Camp, his fellow defender Dest has been told he can depart. The Netherlands-born United States international is under contract for another three years but is not a player whom Xavi intends to rely on and so is free to find a new club as the La Liga heavyweights seek £17m.

Selling Dest is a priority for Barca as they look to ease their financial problems in order to register their new signings with La Liga. The report adds that Erik ten Hag is keen on Dest having worked with the full-back at Ajax, where he made 38 first-team appearances before joining Barca in October 2020 for an initial £17.7m.

Yet it’s claimed that Chelsea are sending Alonso to Spain means Chelsea have an advantage over United in their attempts to land Dest. It’s claimed movement is expected within the next 48 hours as they look to free up cash as quickly as possible.

United have sought to sign Frenkie de Jong from Barcelona all summer long but have so far been thwarted in their attempts despite agreeing a fee for the player. Chelsea are a club who could hijack the move for the Dutchman and he is thought to prefer a link-up with Thomas Tuchel’s side because they have Champions League football. 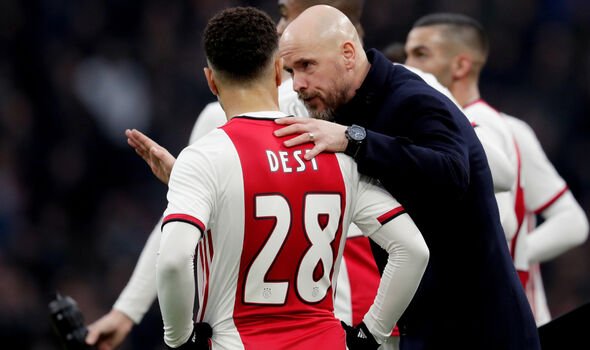 Dest can play on either side of the defence but if he joins Chelsea would primarily be expected to serve as back-up to Reece James, given Chilwell and Cucurella can both play on the left. Dest could even be deployed as a more advanced right-sided forward if needed.

Were United to win the race for Dest despite Chelsea’s advantage, he would also primarily act as right-back competition for Diogo Dalot with Aaron Wan-Bissaka free to leave Old Trafford on loan. The Red Devils signed Tyrell Malacia from Feyenoord this summer to rival Luke Shaw on the left.

Tuchel confirmed after Chelsea’s win at Everton that he wants more signings. He told Sky Sports: “If we can add, we will add. Maybe not necessarily midfielders as a first option but we are open for everything. I hope to use new energy and fresh input to take us to a new level. I think we could use some more input and some more quality.”