Out of Europe, trailing City and Liverpool in the league and with the club’s future uncertain, the FA Cup is the last chance saloon for Chelsea… Wembley glory would offer solace in a crazy season

Nobody can accuse Chelsea of not taking the FA Cup seriously. The Roman Abramovich era at Stamford Bridge saw them lift the famous old trophy five times and lose a further three finals.

That includes the past two seasons, when the Blues have suffered defeats to Arsenal and Leicester City in what historians might one day label ‘the Covid Cup finals’ at a sparsely-populated Wembley.

As Thomas Tuchel’s side march on the arch again, for Sunday’s semi-final against Crystal Palace, there’s no question Chelsea’s season is in the last chance saloon. 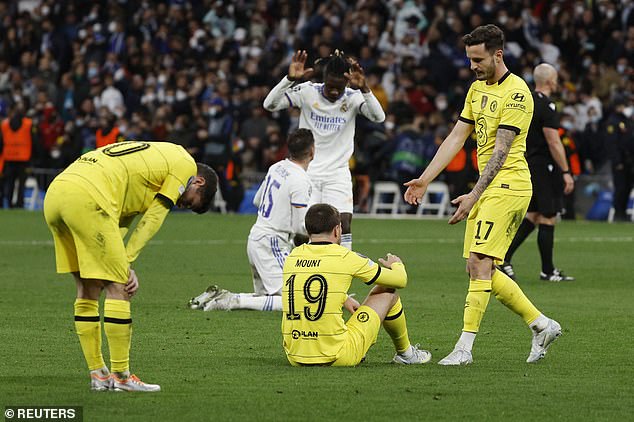 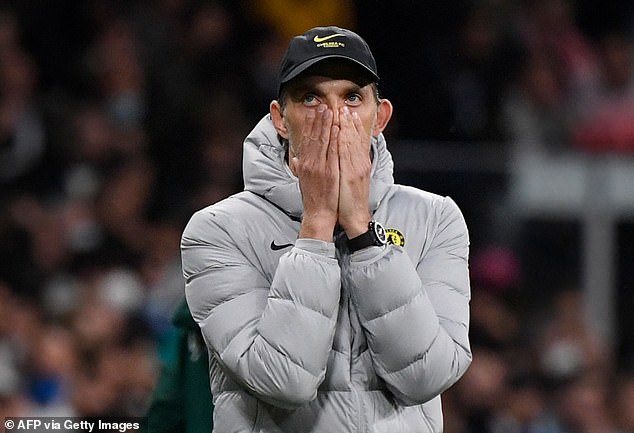 They embellished their status as champions of Europe by winning the UEFA Super Cup and the FIFA Club World Cup but, one by one, other targets have fallen by the wayside amid the chaotic downfall of Roman’s Empire.

Though they topped the Premier League table in early December, Chelsea haven’t been able to sustain the unforgiving pace set by Liverpool and Manchester City above them in the table.

They will comfortably secure another season in the Champions League but Tuchel’s hopes of backing up last season’s European success with domestic delight vanished amid a mid-season slog of injuries and Covid.

Chelsea battled through to the Carabao Cup final but were beaten on penalties by Liverpool after a contest that teetered on a knife-edge until the very last kick.

And despite a quite heroic effort in the Bernabeu on Tuesday night, Real Madrid forced Chelsea to surrender their Champions League crown. 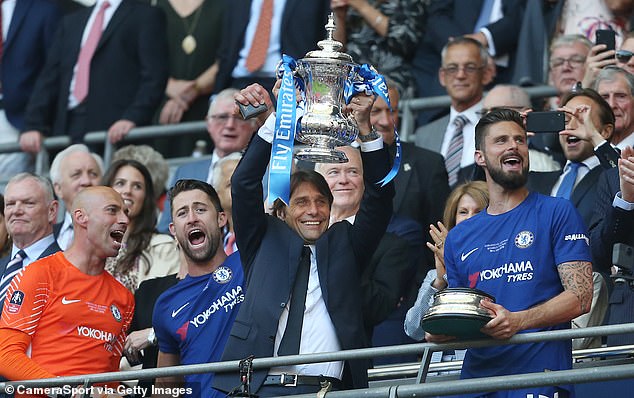 Chelsea have prospered in the FA Cup during the Roman Abramovich era, winning it five times and reaching a further three finals 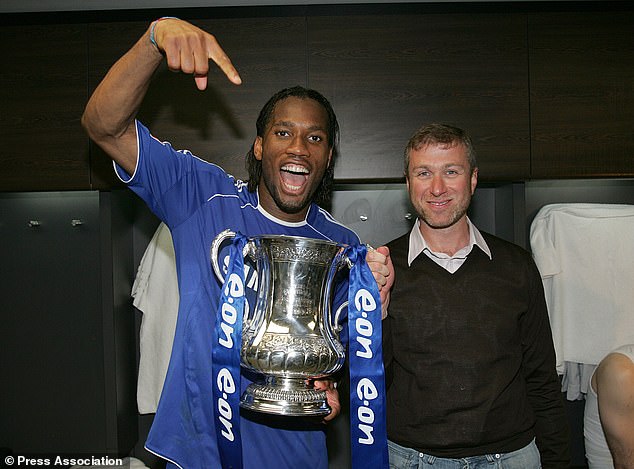 So not for the first time in the past two decades, the FA Cup offers Chelsea a degree of late season solace, even if the prospect of taking on either Liverpool or Manchester City in the final is unappealing.

Given the prevailing mood of uncertainty at Stamford Bridge, as billionaire suitors jostle to present the most attractive bid after Abramovich was banished not only from the club but the country, any reward for such a demanding season would be very welcome.

If Chelsea make the Cup final, it will be their 60th game of the season with probably three further league fixtures after that. It’s been a stretch at times even for such a large squad.

But winning the FA Cup will be a small measure of consolation, given the circumstances, after missing out on bigger prizes this time around.

Nobody can accurately predict at the moment what the imminent change of ownership means for Chelsea. 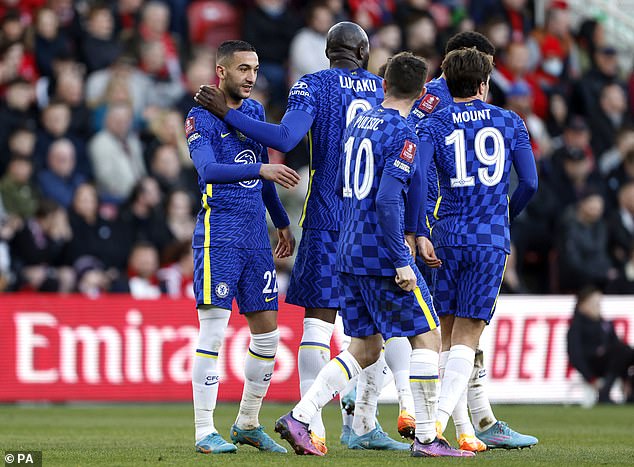 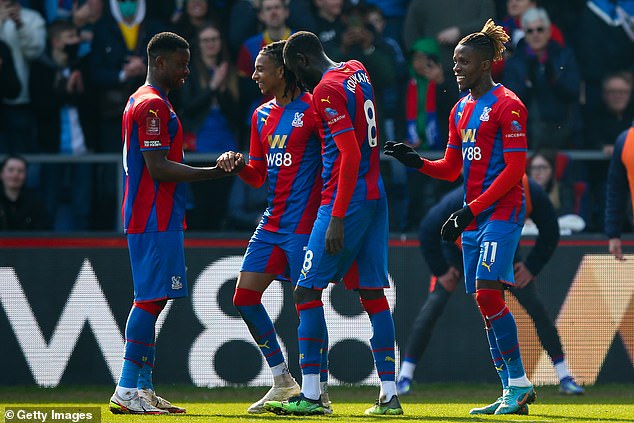 Live on ITV and ITV Hub

It is unlikely whoever takes over will match Abramovich’s benevolence, even if all that largesse is now tarnished by the oligarch’s connections to Vladimir Putin.

Chances are the new owners will have to balance funding Chelsea with other business interests, even within the world of sport.

As Stan Kroenke has discovered, any big investment in the Los Angeles Rams leads to murmurs of discontent from the Arsenal fanbase and vice versa.

With their current squad, Chelsea may be able to sustain Champions League football for another couple of seasons but if the new ownership are not willing to break the bank to sign world class players, steady decline may follow.

So trips to Wembley in the FA Cup should be cherished and despite their extra time exertions in Madrid, Chelsea will be going all out to reach another final.

For the defenders Antonio Rudiger and Andreas Christensen, out of contract this summer and set to depart, the FA Cup represents an opportunity to sign off on a high. 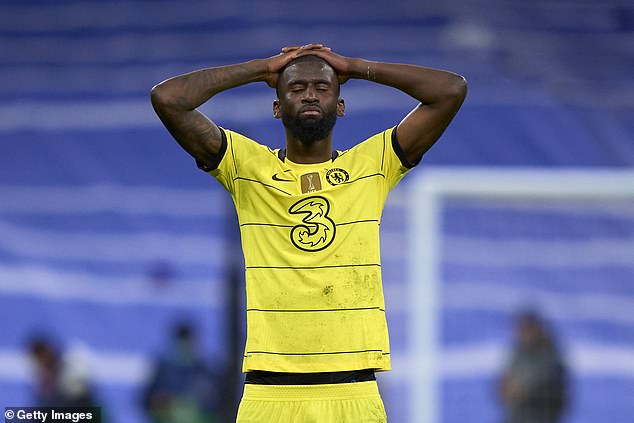 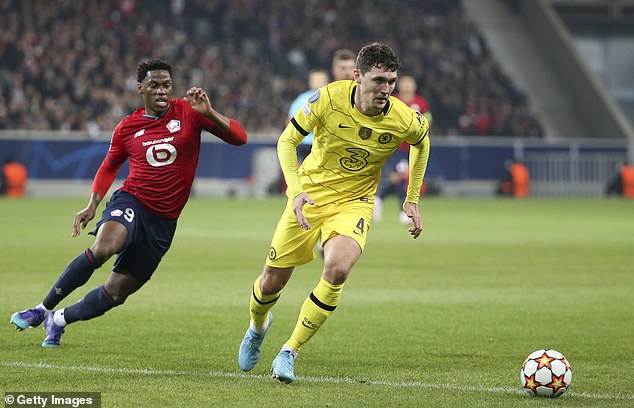 Germany international Rudiger is coveted by Real Madrid and Paris Saint-Germain with discussions over his next move set to step up in the coming days.

Christensen, meanwhile, has attracted attention from Barcelona and new bodies at the back will clearly be a priority for Tuchel in the summer window.

Any further squad upheaval will depend of the priorities of the new ownership but N’Golo Kante, Jorginho, Marcos Alonso, Cesar Azpilicueta and Thiago Silva are all regulars out of contract in 2023.

With the club under sanction until the sale goes through, there will be a certain nervousness among some players to sign for Chelsea and these players would have to be kept on and potentially leave for nothing next year.

But if the sale proceeds quickly, most if not all of the window will be available to strengthen, allowing scope for a few departures. Some long-serving and popular figures may be among those. 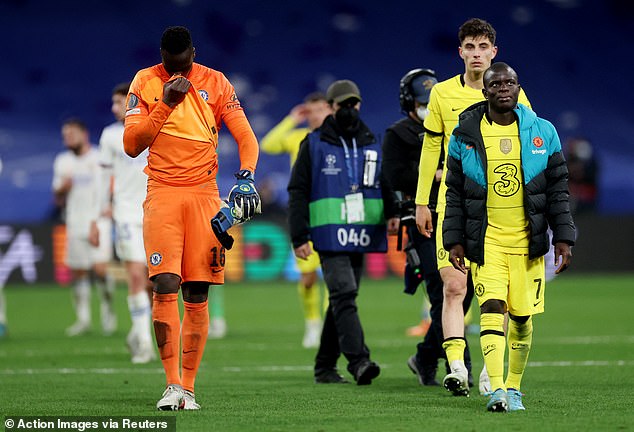 Not that anyone will be getting ahead of themselves. Notwithstanding the calibre of opposition that would await in a potential final, Crystal Palace are enjoying an excellent season.

It took a last-minute Hakim Ziyech goal for Chelsea to squeak past Palace at Selhurst Park the weekend after their Club World Cup win in February.

Since then, Patrick Vieira’s rejuvenated side have lost just once, putting Arsenal to the sword in the league and thrashing Everton in the last eight of the FA Cup.

Unlike Chelsea, they will also have the advantage of a full week’s preparation for the encounter. Tuchel may have to rotate his squad to compensate for tired legs after going the distance with Real. 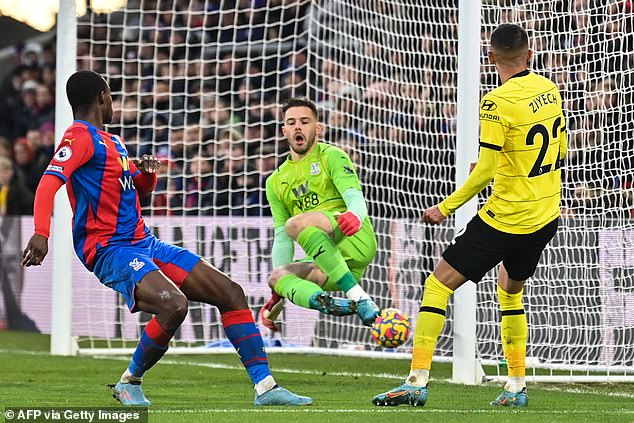 The German’s first full season in English football has been a gruelling one. They’ve had the full experience, playing opponents as diverse as Plymouth Argyle, Al-Hilal, Palmeiras and Zenit St Petersburg.

They’ve already won two trophies for the collection with the FA Cup now at the forefront of their minds.

It won’t be the season they really wanted but given the thick mist of uncertainty off the field, it’s an old friend they’ll gladly climb the Wembley steps to lift.