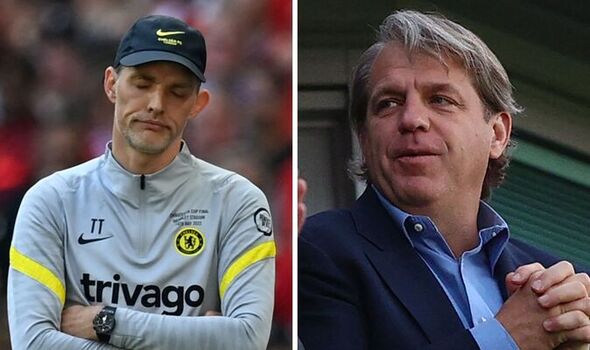 Chelsea boss Thomas Tuchel could be set for a permanent change in system next year with Todd Boehly making a ‘direct call’ for Arsenal target Raphinha. The Blues are trailing their Premier League rivals in the market so far with Tottenham, Arsenal, Liverpool and Manchester City already bringing in fresh faces.

Managers prefer to have their squad settled in time for pre-season training, but Chelsea still have plenty of work to do this summer. There is an urgent need to bolster options in defence with Antonio Rudiger already leaving while Andreas Christensen and Cesar Azpilicueta are also set to depart.

But with Romelu Lukaku re-joining Inter Milan on loan, Thomas Tuchel will also want to improve his frontline. The Belgium international struggled on his return to the Premier League and will now spend next season back at the San Siro.

It leaves Chelsea without a recognised No 9, but there has been some suggestion that Tuchel will operate with a more fluid attacking unit. Kai Havertz performed well at times through the middle, but there was a lack of consistency from those operating in the wider areas. 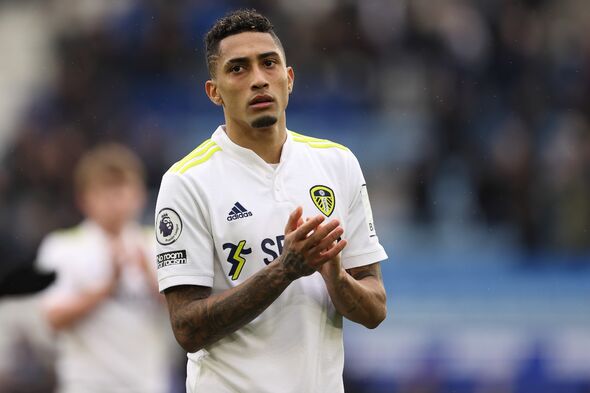 Timo Werner, Christian Pulisic and Hakim Ziyech all came under intense criticism last season while Callum Hudson-Odoi was unable to find regular minutes. But Chelsea owner Boehly could be set to make his first move of the summer window, according to Fabrizio Romano.

The American businessman has reportedly been in ‘direct’ contact with Leeds over a move for Raphinha. “Chelsea have explored the situation with a direct call from Todd Boehly,” Romano said.

It’s still unclear under Boehly what kind of budget Tuchel will have for the summer transfer window. But signing Raphinha in a deal worth around £65m would certainly take a huge chunk out of that fund.

Given Chelsea’s desperate need for defenders, big money will also need to be spent on new recruits at the back. If Chelsea are willing to spend £65m on Raphinha then the Brazilian may feasibly be the only attacker arriving at Stamford Bridge this summer.

Arsenal are still leading the chase for Raphinha, but Chelsea’s interest does indicate that the Blues are looking to bring in more options out wide. And if no central attacker is signed, it appears as though Havertz will hold onto his position as Chelsea’s false No 9 on a more permanent basis.