Chelsea endured a diabolical afternoon at Elland Road as Leeds United ran rampant to hand Thomas Tuchel’s side their first defeat of the season. The Blues were outworked and outclassed on a Yorkshire afternoon that Tuchel will have wished he wasn’t in the dugout to experience.

A shocking Edouard Mendy mistake and Rodrigo’s fourth goal of the campaign within five minutes of each other sent the hosts on their way to a memorable triumph. Jack Harrison’s second-half strike blew the roof off the place as Leeds moved up alongside Tottenham Hotspur joint-second in the league.

Dealt well with an early bombardment of crosses as Leeds rode the energy of their raucous home support in the early stages. Then produced a howler of monstrous proportions to gift Aaronson the opener, and Chelsea struggled to recover from there.

Thomas Tuchel needs to start playing one of Europe’s best right-backs in his natural position. Did well to cover Ruben Loftus-Cheek when Leeds looked to isolate him. Lost Rodrigo far too easily as the Spaniard doubled Leeds’ lead. Much better when used as a right-back in the second half, but in dreamland before it became 3-0.

Didn’t do anything notable worth of criticism at the heart of Chelsea’s defence in the first half. Looked the most assured of Tuchel’s starting three before the break. Static in the build-up to Leeds’ third.

Easily turned by Brenden Aaronson before earning himself a 10th-minute yellow. Didn’t look comfortable on the ball, barring a pinpoint lofted through ball for Mason Mount with the last kick of the first half. Grew into the second half when Leeds put their foot off the gas but rubbed off that process with a careless second booking and dismissal five minutes from time. 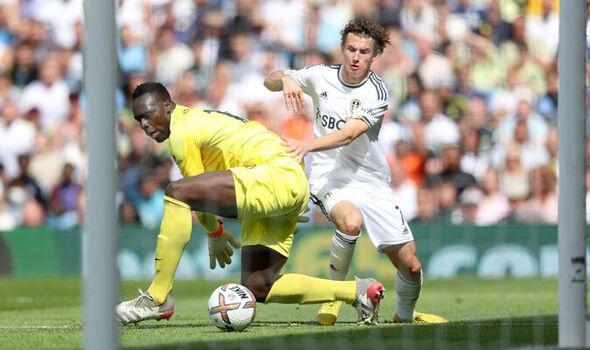 Wasted a really good chance at the back post after Raheem Sterling put the ball on a plate early doors. Did ‘okay’ in an unnatural position down the right. Moved into a midfield three in the second half.

The captain offered little of the essence and desperately struggled with Leeds’ lively press. Every Leeds midfielder just looked to want the ball more than he did. Chelsea seriously missed N’Golo Kante in West Yorkshire. Hooked with Conor Gallagher after an hour.

Replaced Kante. Didn’t make the impact he would’ve hoped for on his full Chelsea debut. Produced an expertly-placed through ball for Sterling in the opening minute, which the £50million forward should’ve scored from. It was a promising start, but his performance died out.

Possibly Chelsea’s best player on the day. Confident and smart with the ball at his feet. Combined well with Sterling to cause Leeds serious problems down the left in the first half. His role was somewhat limited in an unfamiliar back four after the break.

Denied by a smart save from Illian Meslier after being nodded through by Kai Havertz in the 21st minute. One of Chelsea’s more creative players, but he’s yet to really get going this season. Pulled off after 75 minutes.

Showcased some brilliant footwork, particularly in the opening stages. Should’ve put Chelsea ahead in the first minute but missed the target. Oh, how the game would’ve been different if he’d found the net. Made no mistakes finishing the same chance on 15 minutes but rightly flagged for offside. Silly foul to concede the free-kick Leeds scored their second from.

Chelsea may have well been playing with 10 men. Had one good moment when he headed Mount through behind the Leeds defence, but invisible for the other 89 minutes. The Blues seriously need a focal point up front. Romelu Lukaku felt like the perfect fit… Is Pierre-Emerick Aubameyang the answer? 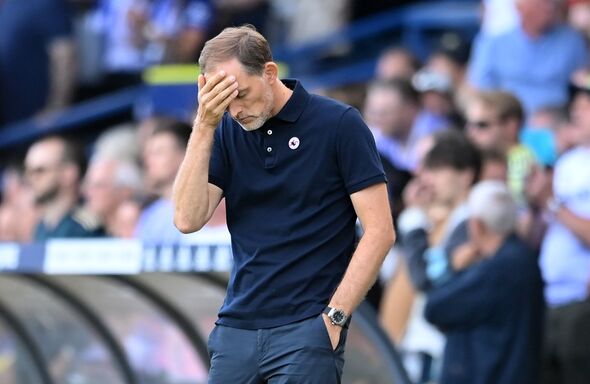 Made little to no impact in the 30 minutes he played. Needs a fresh start.

Fired a dangerous effort towards goal that would’ve troubled Meslier if his own teammate didn’t block it. Another forward likely soon to be out the door.

A few more minutes in the tank as he works back up to full fitness.