Chelsea and Bournemouth shared the spoils in an entertaining 2-2 draw on the south coast, although the dropped points leave the Blues vulnerable to the chasing pack in the race for Champions League qualification. Frank Lampard’s side are just four points clear of Manchester United, with the Red Devils due to face Everton at Goodison Park on Sunday.

Marcos Alonso fired home a fierce volley to open the scoring against Bournemouth after Olivier Giroud saw his effort hit the bar.

However, Jefferson Lerma equalised with a towering header after the break and Bournemouth completed a remarkable turnaround just three minutes later when Josh King tapped home at the back post.

But Chelsea piled on the pressure in the closing stages and Alonso was on hand to nod past Aaron Ramsdale with just five minutes remaining to earn his side a point.

Express Sport have rated how the Chelsea players performed against Bournemouth, but do you agree? 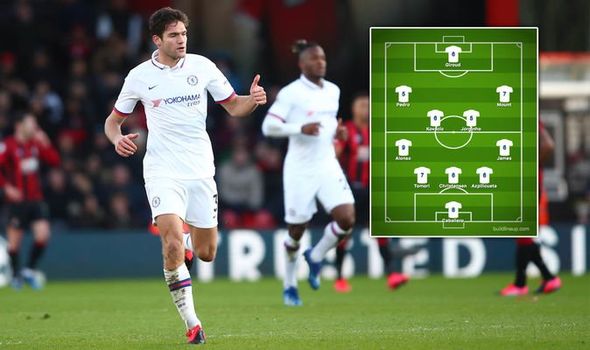 Superb save from Philip Billing in the opening minutes then made two further important stops from Callum Wilson.

Could have arguably done better with Lerma’s header, but justified his selection over Kepa Arrizabalaga – despite his unorthodox technique.

Full of energy down the right but couldn’t create too many openings.

Solid defensively and looks a long-term prospect in the first team.

Once again showed his versatility as Lampard tinkered with his rearguard, and tried to get forward at every opportunity.

Saw plenty of the ball and used it sensibly as Chelsea dominated for much of the match.

Got away with a glaring error in the opening moments when he was robbed by Billing.

However, the youngster improved dramatically and was excellent against the lively Wilson with his pace proving vital in containing the England international. 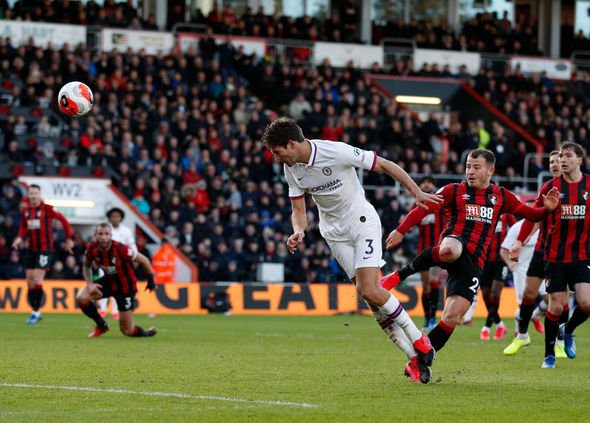 Fierce volley opened the scoring as he capitalised on a loose ball.

Was then in the right place to bravely nod home after Pedro’s shot was parried, with the Spaniard once again providing a vital contribution for the Blues.

Picked up an early booking which has triggered a two-match ban to go with his European suspension.

Tidy enough but sacrificed as Chelsea chased the game.

Left rooted as Lerma rose highest to score the equaliser, but was a large reason why Chelsea enjoyed the better of the match for long periods.

Really bright showing from the midfielder, who deserved to get on the scoresheet following his efforts.

Enjoyed some nice link-up play with Mount but will ultimately be judged on end product and failed to provide much on a frustrating afternoon.

Hardly a convincing case for more starts, although his volley led to the equaliser.

Hit the bar with a flick that led to the opener and was bright throughout.

However, the Frenchman scuffed a big chance from Alonso’s cross in the second half. 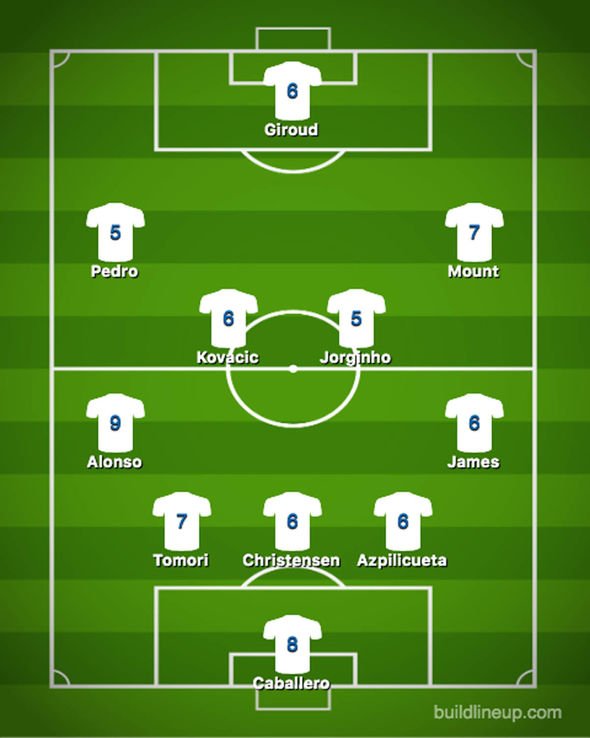 Tried his luck from distance but saw his effort deflected past the post.

Chelsea improved after his introduction.

Had a smart strike ruled out for offside.