Erling Haaland’s agent Mino Raiola is actively working to secure him a move away from Borussia Dortmund this summer, according to reports. Haaland is an unsurprisingly hot property, with a few European heavyweights credited with an interest in his services.

Haaland displayed continued incredible form in front of goal throughout the 2020/21 season, leading to heightened talk of his club future.

The 20-year-old scored 41 goals in 41 games across all competitions for Dortmund, including 27 in 28 league appearances.

Haaland also finished the Champions League campaign as the top scorer on 10 goals, despite Dortmund crashing out in the quarter-finals.

He may be eyeing a move away from the Bundesliga giants, though, with Chelsea one of the clubs reportedly vying for his signature. 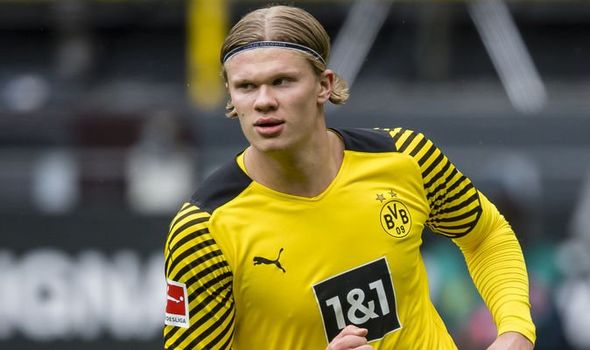 According to journalist Nicolo Schira, Raiola is working on getting Haaland out of Dortmund.

His £65million release clause is only valid from 2022 and Schira has hinted that he could be on the move this summer.

The report claims that Chelsea and Real Madrid are seriously interested in Haaland’s services, whilst Manchester City are also fond of him.

The Premier League champions’ Kane preference may give Chelsea a tremendous boost in their supposed interest in Haaland.

Thomas Tuchel is likely to be rewarded for guiding the club to their second-ever Champions League triumph with new signings in his first transfer window.

The Blues have been heavily linked with Inter Milan front man Romelu Lukaku, but it wouldn’t be surprising if Haaland was viewed as a realistic target.

Securing a top-four finish alone would’ve guaranteed an influx of cash this summer, but Chelsea’s European success would have bolstered funds further. 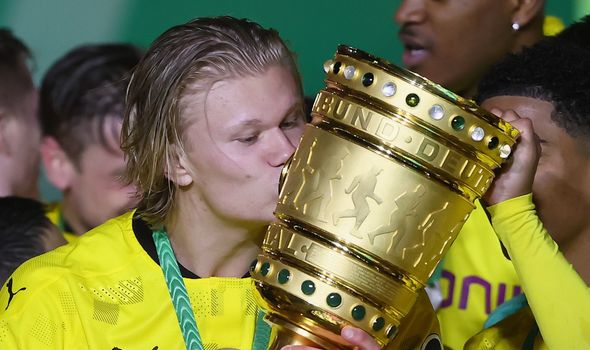 All the signs are currently pointing towards Haaland becoming one of the greatest goalscorers in European football history.

The Leeds-born superstar has scored a staggering 96 goals in 89 career starts for Molde, Red Bull Salzburg and Dortmund.

He possesses height, pace, strength, and lethal finishing ability that makes his outstanding record unsurprising when you watch him play.

Chelsea will be considered among the frontrunners for next season’s major honours, but the signing of Haaland would take them up a level.

Whether the Blues can pull off such a big deal remains to be seen, but Haaland’s absence from Euro 2020 has already removed a hurdle should there be movement in the coming months.

Tags: autoplay_video, Chelsea, Erling
You may also like
Latest Posts