Who could replace Lukaku at Chelsea?

Chelsea are finally in a position to move on after they finally managed to offload Romelu Lukaku last week – but their doomed pursuit of Cristiano Ronaldo hints that the Londoners have not learned any lessons from their expensive transfer mistake. Lukaku was cut loose less than a year after the Blues shelled out a club-record £97.5million to bring him back to the capital for a second spell.

Lukaku returned to Inter Milan on a season-long loan last week after a disastrous 12 month stint at Stamford Bridge. The Belgian striker struggled to make an impression and seemed a poor fit for Thomas Tuchel’s tactical approach; something which led Thierry Henry to question why the Londoners pursued such a mammoth deal for the 29-year-old.

“Right from the start I raised a question to myself, would he fit into this team?” Henry told CBS back in February. “As a coach when you go and get Lukaku, you will have to make him adapt to how you play, or you change your way to suit him. I didn’t think that would happen.

“For Rom to adapt to the way Chelsea play, it takes time, it’s not an easy one. Is it normal that he only has seven touches [against Crystal Palace ]? No, that’s also not normal, regardless if the coach likes you or not. That shouldn’t happen. 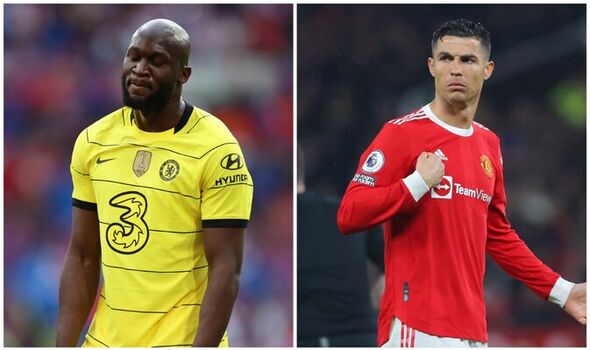 “They need to move forward on that but it’s a tough one to read. I’ll be honest with you, I don’t know how that happens in 90 minutes. But what’s the solution? The solution is for him to find a solution to make sure he can adapt to the way they play.

“They like to press, to be active and to change the front three. He likes to stay in the middle so it makes it very difficult for him to adapt to the situation. But again, why did you go and get him?”

Unbelievably, Chelsea could find themselves in an identical position if they agree a deal to acquire Ronaldo’s services. The Blues have emerged as a potential destination for the Portuguese veteran, who is seemingly desperate to quit Manchester United following their failure to qualify for the Champions League. 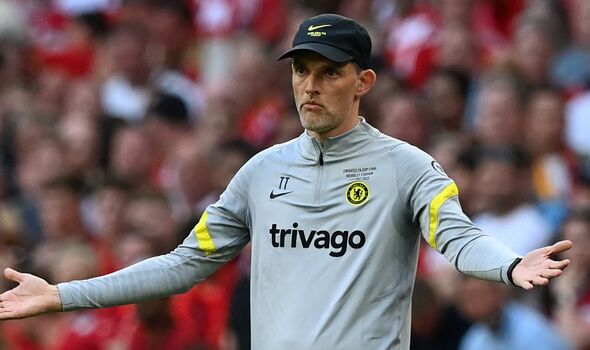 However, Ronaldo also appears to be an unnatural fit for Tuchel’s approach. If Lukaku didn’t have the legs to press in the German’s preferred 3-4-3 shape, then it’s hard to see Ronaldo – who will turn 38 later this season – faring any better than the Blues club-record flop.

Although Ronaldo still guarantees goals at the top level, his impressive returns have hard-hitting caveats. Just like United last term, Tuchel would have to adapt his methods to get the best from the ex-Juventus star.

Ronaldo came under fire for his inability to press in a team that wasn’t exactly renowned for it’s pressing capabilities last year; so it’s hard to see why a team who do actually base their game around a coherent press would be interested in installing Ronaldo as their new No 9.

Tuchel spent the majority of last season being plagued by an expensive headache after it became clear that Lukaku’s romantic return to Stamford Bridge wasn’t going to have a happy ending. It would make no sense for him to agree to what would be a scarily similar situation this year with Ronaldo – even if he would fit the bill as the marquee summer signing that the Blues’ new co-owner Todd Boehly so desperately craves.