I’m not a player that likes to be on the floor because I’m tough but it was not my fault because it was a clear stamp on my shin, I felt it straight away

However, the hosts still have some serious protests about the game as they insist Lo Celso should have been sent off with a straight red card after 53 minutes.

The Argentina international stamped on Azpilicueta’s shin and almost caused a serious injury to the Chelsea star who was let lying on the pitch in agony.

Even though the challenge was checked by VAR the Tottenham midfielder avoided any punishment much to the fury of the home side.

The Spain international insists that it was a “clear stamp” on his shin and is still shocked that Lo Celso wasn’t sent off. 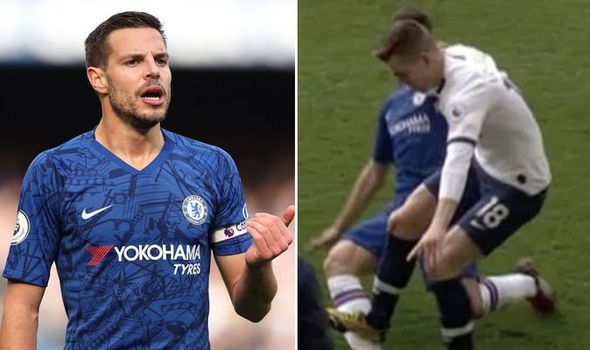 Although the defender was frustrated with that decision he still praised his team-mates for the important three points they picked up against their London rivals.

Apilicueta said: “I’m not a player that likes to be on the floor because I’m tough but it was not my fault because it was a clear stamp on my shin, I felt it straight away.

“I was surprised it was not a red card, not even a yellow card. Obviously everybody makes mistakes but when you have a lot of replays it could be easier. 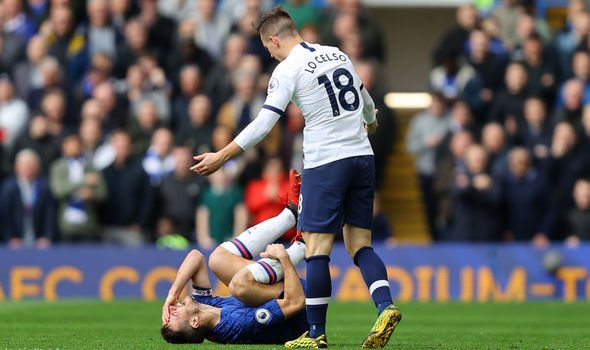 “We showed great team spirit We are a squad and we need to be ready for every game. When you don’t play it’s difficult, everybody wants to help the team but everybody keeps training hard and fighting to be in the team.

“That competition is what gives everyone in the team that extra per cent.”

Sue Smith from Soccer Saturday agrees with Azpilicueta as she claims Lo Celso almost broke his leg with that “awful challenge”.

Smith said: “It’s an awful challenge. In my opinion he has to go for this. It’s late, it’s high. He could break his leg here. Le Celso is very lucky for that.”

Matt Le Tissier echoed her statement as he described VAR’s decision as an “absolute joke”.

Le Tissier insists it was the wrong call as Azpilicueta almost had his shin snapped in half.

The Southampton legend said: “It’s an absolute joke. He’s stamped on him with no intention of playing the ball.

“He could quite easily have snapped his shin. That’s why VAR was brought in and that’s absolutely shocking. No excuse, no defence for that whatsoever.”

Tags: autoplay_video, Chelsea
You may also like
Latest Posts