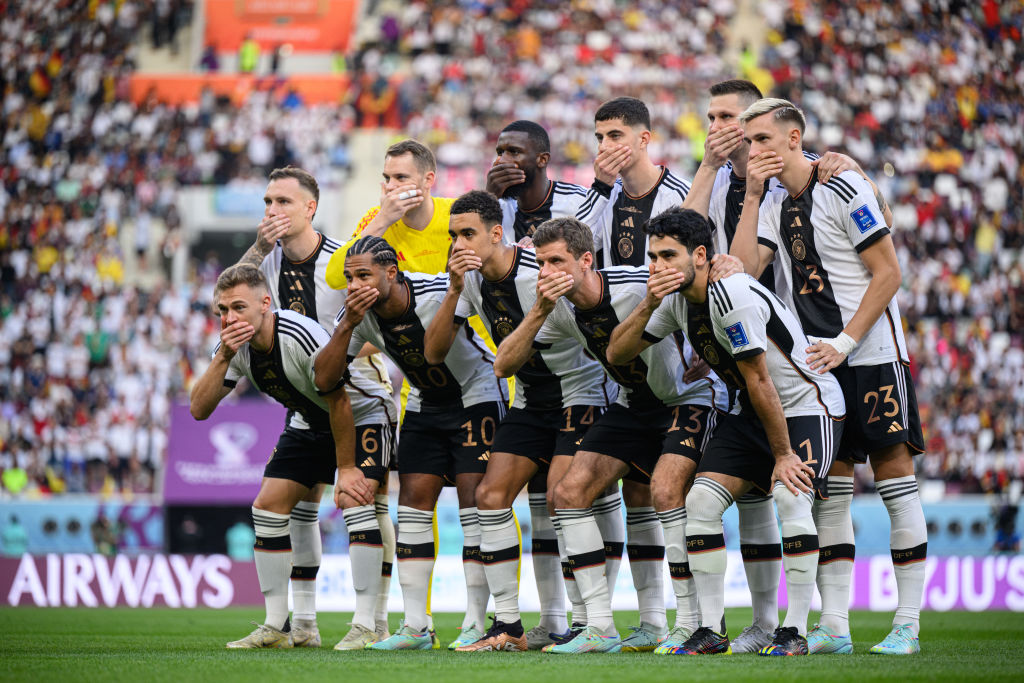 Chelsea star Kai Havertz has aimed a dig at FIFA and addressed Germany’s historic defeat to Japan at the 2022 World Cup in Qatar.

Germany made a protest against FIFA’s decision to ban the OneLove armband prior to kick-off, covering their mouths to signal that they have been silenced.

England were also due to wear the OneLove armband in their opener against Iran before a U-turn which was was due to the threat of ‘massive sanctions’ and ‘extreme blackmail’, according to the German Football Association.

Some European nations had been planning to wear the rainbow armband as a symbol of inclusivity and anti-discrimination, with homosexuality illegal in Qatar.

Quizzed about their decision to protest, Chelsea forward Havertz told wettfreunde: ‘Yeah, of course it’s important for us to do a statement like this.

‘Yeah, I think we spoke about the game what we can do and for us it was the right thing to do. To show the people that that yeah, we try to help wherever we can.

‘And, of course, FIFA makes [it] not easy for us. But we tried to show that now, with that.’

The result means Germany have lost a World Cup game in which they led at half time for the first time since 1978 with Japan having never previously beaten their European opponents before Wednesday’s shock victory.

‘What’s the reason is hard to explain,’ Havertz said. ‘We concede two goals [in] 10 minutes, which is not good.

‘I think we have the game in our hands. And it’s slipped out of our hands very fast. So we need to analyse that and then try to make it better on Sunday.’