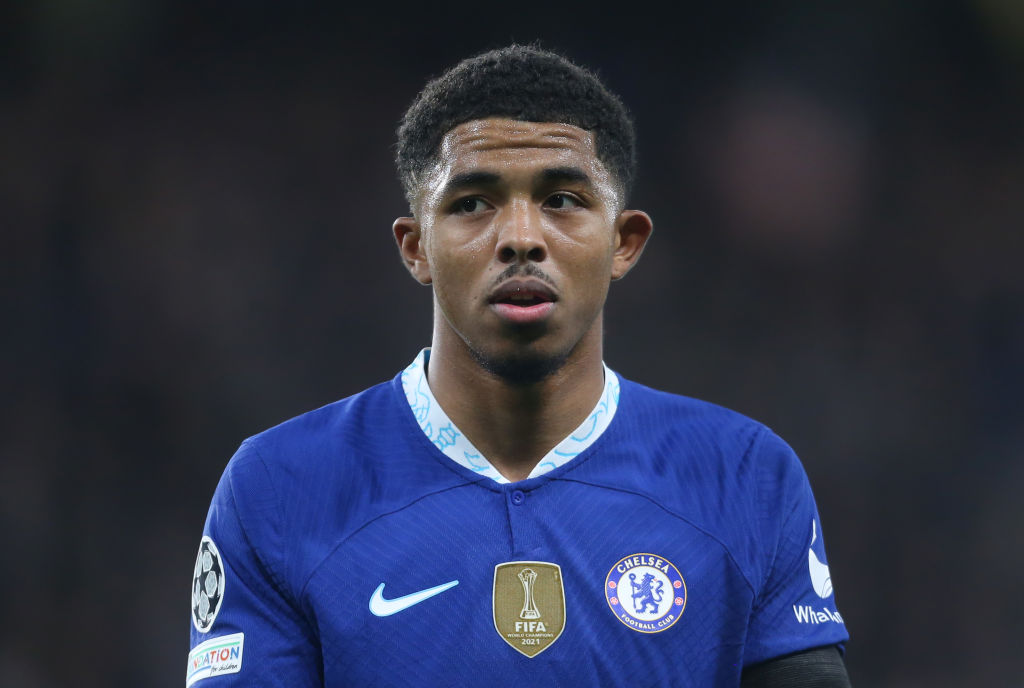 Chelsea defender Wesley Fofana has vowed to ‘come back stronger’ after suffering an injury in the Champions League that saw him leave Stamford Bridge on crutches afterwards.

The 21-year-old, who swapped Leicester City for west London over the summer, netted his first goal for the club on Wednesday evening to give the hosts the lead against AC Milan in the Champions League.

However, shortly before half-time, Fofana was involved in an innocuous-looking collision with Rafael Leao where he appeared to jar his knee.

The Frenchman looked in agony but initially tried to continue playing, before signalling to Chelsea’s bench that he had to come off with Trevoh Chalobah replacing him.

Fofana – who broke his leg a little over a year ago – hobbled off to the sidelines and was later seen leaving Stamford Bridge on crutches, with fans fearing the worst.

Manager Graham Potter revealed after the match that Fofana would have a scan to determine the extent of the damage, and the young defender has now posted on social media suggesting the injury might not be as bad as initially feared.

Taking to Instagram on Thursday, Fofana posted two pictures – one of him celebrating his goal and the other of him being subbed off after picking up the knock.

Alongside the images he wrote: ‘From laughter to tears. I’ll be back stronger [soon]. Be sure.’ The caption also included a ‘soon’ emoji giving Chelsea fans hope that their £70m signing will not be out of action for too long.

Speaking about Fofana’s injury, Potter himself said: ‘We’ll have to scan it [on Thursday] and see how it is. I wouldn’t want to speculate on it now but we’re concerned and hope for the best.

‘We’ll support him but we don’t know yet, we’ll get the scan results tomorrow. Fingers crossed. There’s nothing to report at the moment but it was the one disappointing thing of the evening.’

Reflecting on the win over AC Milan more generally, he added: ‘It was a good night for us. We needed to play well. The attitude and application of the players was fantastic. It was a really important win for us.

‘I thought we started off a bit nervous for about five minutes. It was just a result of us wanting to do so well. But then you saw the appetite of the players. Clean sheet, three goals. The personality of players was really good tonight.’