Chelsea have suffered a major blow with Mason Mount set to face a lengthy spell on the sidelines after picking up an ankle injury as the Blues won the Club World Cup.

The England midfielder was forced to leave the pitch in the 31st minute and had to be replaced by Christian Pulisic at the Mohammed bin Zayed Stadium.

The 23-year-old did look in serious discomfort during the post-match celebrations, though, and did not want to put any weight on his right leg, hopping around and leaning on another injured Chelsea man, Ben Chilwell. 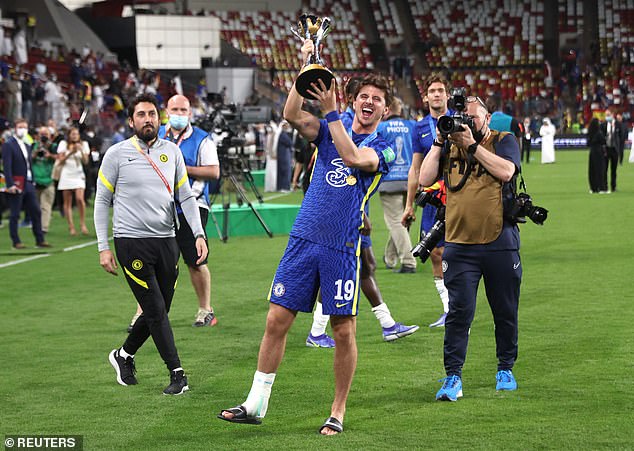 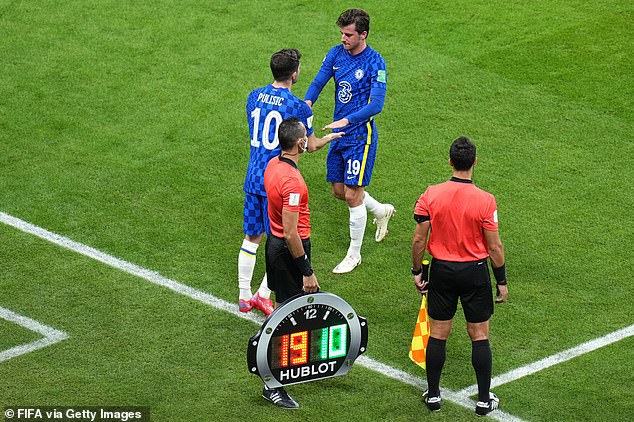 Blues midfielder Mason Mount (right, No 19) limped off in the first half and was replaced by American winger Christian Pulisic

Mount left the stadium on crutches and will now undergo scans once the Blues arrive back in London, according to the Sun Online.

Although Mount did still however enjoy the celebrations on the pitch and in the changing room with his team-mates.

‘An opponent fell on his ankle and he hurt his ligaments badly.’ 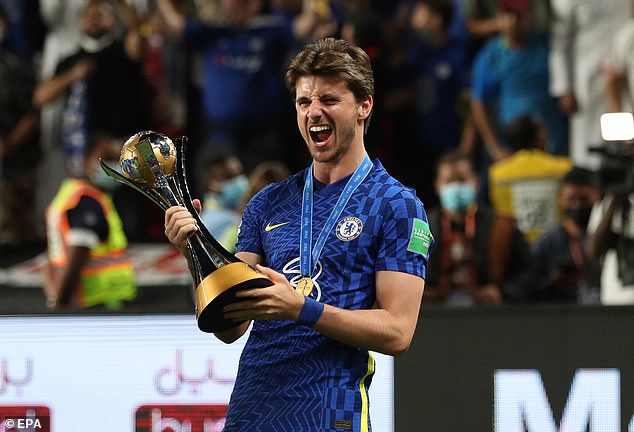 Mount left the stadium on crutches, but not until after celebrating the Blues Club World Cup victory 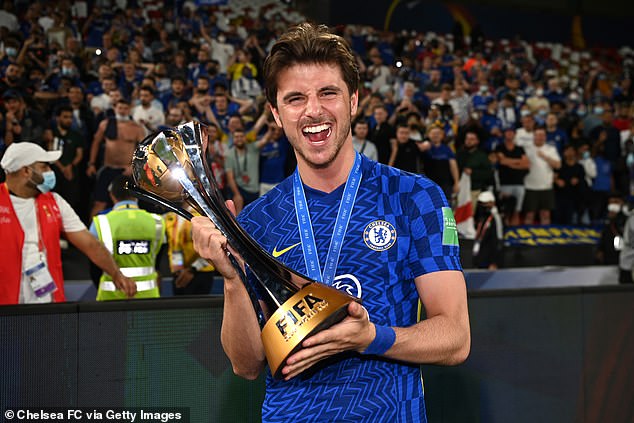 Chelsea did however win the Club World Cup to complete a clean sweep of club trophies.

Romelu Lukaku headed the Blues into the lead before Raphael Veiga converted a penalty after Thiago Silva was punished for the slightest of handballs.

The Blues were then awarded a penalty in the 117th minute where Kai Havertz stepped up to score the winner and make Chelsea the champions of the world.