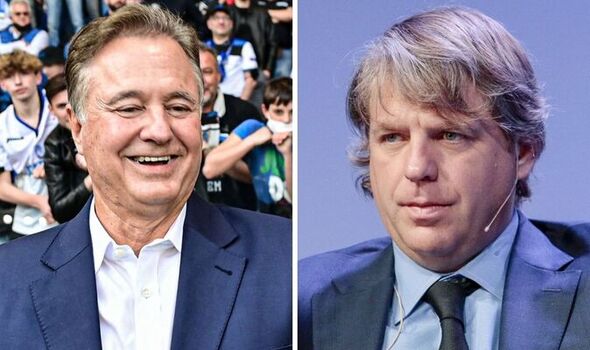 Thursday was deadline day for the four bidders looking to become Chelsea’s new owners, but that’s far from the final hurdle for each of them to overcome. The four potential new owners of Chelsea had until 10pm BST to submit their final offers to Raine Group this evening.

Stephen Pagliuca, the Ricketts family and different consortiums spearheaded by Todd Boehly and Sir Martin Broughton are the remaining bidders. With that deadline now passing, Raine Group will then scrutinise each offer with a final decision potentially not made until next month.

According to Football London, the US bank, which has been overseeing Chelsea’s sale, will present the best offers to the UK Government. Raine Group will supposedly make a decision on who is the best fit to step in as Chelsea’s next owner.

The UK Government’s role in the proceedings is said to be purely be based on making sure Roman Abramovich doesn’t make any financial gain from the bids. But Chelsea’s next owner will also need to submit an application to have the operating licence ban revoked.

And finally, the preferred bidder will face the Premier League’s Owners’ and Directors’ Test before they can be confirmed as the club’s new owners. The Blues will be hoping a final decision can be made before the end of the season to give Thomas Tuchel an idea what to expect in the summer transfer window.

Roman Abramovich, who bought Chelsea in 2003, put the club up for sale following Russia’s invasion of Ukraine. The Russian billionaire was then sanctioned by the UK Government and had his UK assets frozen, which directly impacted Chelsea.

The club are effectively working under a transfer embargo with no ability to agree contract extensions or discuss new deals with prospective targets in the summer window. All four of Chelsea’s prospective new owners have promised to back Tuchel in the transfer market.

Boston Celtics co-owner Pagliuca broke his silence on bidding for Chelsea this week, also stating he plans to redevelop Stamford Bridge instead of moving to a new stadium.

“Not only are we committed to remaining at the home of Chelsea, Stamford Bridge, but we are inspired to renovate or redevelop the stadium,” he said. “Chelsea is a world-class team, in a world-class city, with world-class fans: it deserves a world-class stadium.”