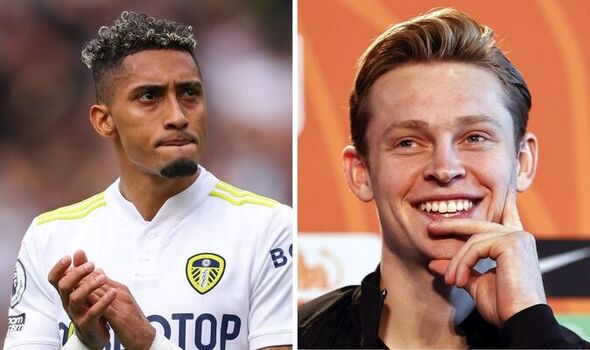 Chelsea target Raphinha could ultimately hold the key to Manchester United’s hopes of signing Frenkie de Jong as Erik ten Hag refuses to give up on a reunion with his former midfielder. The Red Devils still remain optimistic of concluding a deal, despite deadlock in negotiations with Barcelona after over a month of talks with the Catalan giants.

Yet that’s where Raphinha comes into play as he continues to hold out for a move to Barca.

Xavi and the board want to sign him as a replacement for Ousmane Dembele but financing a deal is currently proving difficult.

Raphinha will cost a minimum of £60m due to the fact Leeds have already accepted an offer worth that value from Chelsea.

But he is looking to give Barca the time to fund the cash to satisfy Leeds’ valuation, as he looks to fulfil his dream move to Camp Nou. 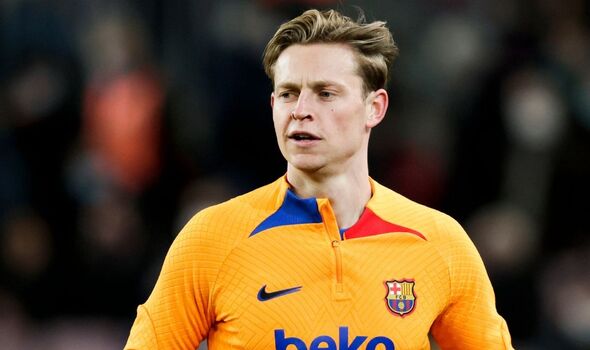 Ultimately, the quickest way to finance the move would be to sell De Jong – who is worth a similar value to Raphinha (if not more).

United are already on hand, ready to pay the cash meaning the ball is firmly in Barcelona’s court.

Yet there is still hesitance from their side as Xavi and the board are still keen to keep hold of De Jong, despite their temptation to offload and balance the books.

With Dembele currently on course to leave and Adama Traore back at Wolves, a first-choice winger is of huge priority.

Now with all avenues seemingly exhausted, United’s best bet could be to hang fire and hold out for Barcelona to commit to a decision.

Unless United are ready to present an irresistible offer, Raphinha could now prove to be the catalyst for De Jong’s prolonged sale.

Problematically for United, De Jong has made it clear on numerous occasions that he prefers to stay put.

He has told the media and senior Barcelona figures that he has no intention to leave the club, even if he is pushed towards the door.

There is also a catch-22 for United though. Should Barcelona land Raphinha, Chelsea could then use the funds they were willing to spend on the Brazilian to make a big push for De Jong.

As previously mentioned, both are positioned within a similar price bracket and the Blues are seemingly keen on the Barcelona midfielder.

There was even talk in midweek from Spain that De Jong would favour a move to Chelsea over United because they can offer Champions League football.

Either way, the unpredictable transfer saga involving Raphinha could yet be about to take another unexpected twist that triggers a domino effect…