Serge Gnabry would supposedly prefer to extend his stay at Bayern Munich over a transfer to Chelsea this summer. Contrary to some reports, however, it is believed that Gnabry’s past as a youngster on Arsenal’s books would not stand in the way of a move to Stamford Bridge if he is shown the door in Bavaria over the coming weeks.

With boss Thomas Tuchel and co-owner Todd Boehly on the hunt for two attackers, they struck gold on a move for Raheem Sterling but hit fresh air in their bid for Raphinha. The Blues had a £55million agreement with Leeds United for the Brazilian over two weeks ago, but the player himself held out until Barcelona came calling.

Rather than sit back and lick their wounds, Chelsea have moved swiftly on and are currently believed to be monitoring Bayern Munich star Serge Gnabry and AC Milan forward Rafael Leao. A move for the former may be considered more realistic, given that he only has one year remaining on his contract.

According to Kicker, Gnabry signing new terms at the Allianz Arena would be his preference, but the door is not completely closed on a move to Stamford Bridge. Notions that his past at Arsenal would prevent him from signing for their cross-city rivals have been rubbished, but the winger could ‘conceivably’ end his career with the German giants.

JUST IN: Eden Hazard has four next club options after Real Madrid put star ‘on the market’ 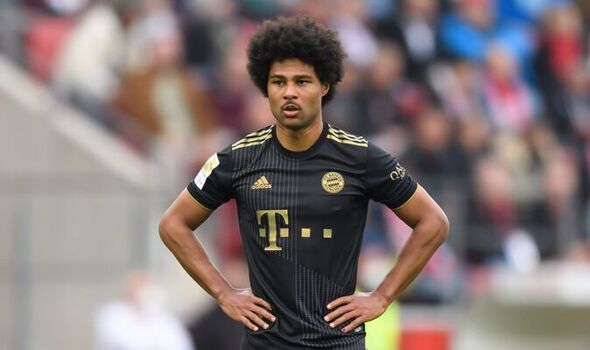 Somewhere in there is a glimmer of hope for Chelsea on signing a player who has proven himself to be a serious handful and a clinical finisher since joining Bayern in 2018. Last season was Gnabry’s best in front of goal, at least in the Bundesliga, where he racked up 14 in 34 matches.

The 26-year-old spent five years on Arsenal’s books at the very beginning of his career, during which he made just 18 senior appearances. There was also an infamous loan move to West Bromwich Albion in 2015/16, where he made just one Premier League appearance as boss Tony Pulis claimed he was ‘not good enough’.

Chelsea have already made a big statement by signing Sterling from City in a £50m deal. The England international is one of the Premier League’s most recognisable names, and will join up with Tuchel’s squad as one of their highest-paid stars.

Despite the blur of activity up top, Boehly is also hard at work in an effort to bolster the Blues’ defence. Gaping holes were left when Antonio Rudiger and Andreas Christensen left the club on free transfers at the end of June, but Chelsea have reacted by closing in on the signing of Kalidou Kouliably from Napoli.

The Senegalese centre-back completed his medical on Wednesday and is expected to join up with the squad during their tour of the USA. 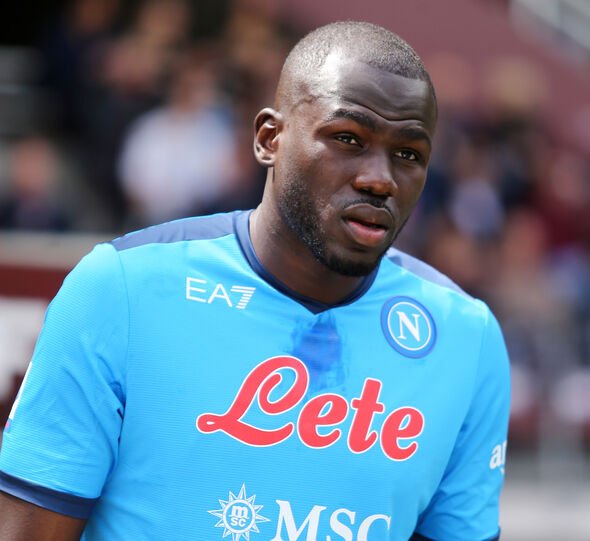 There could be plenty more in the pipeline, with talks reportedly ongoing to sign Nathan Ake from City and Presnel Kimpembe from Paris Saint-Germain. The arrival of two established defenders would surely signal the end for highly-rated youngster Levi Colwill, who is believed to be keeping a close eye on who is brought in this summer before making a decision on his future.

Leicester City and Southampton, among others, are allegedly positioning themselves to strike should Colwill be told that he is free to leave Stamford Bridge before the start of next season.