Chelsea manager Frank Lampard could be without several first-team players due to injury when the Blues face Bournemouth at the Vitality Stadium this weekend. Lampard is also expected to make wholesale changes to his starting XI – regardless of availability – as he looks for a response after the midweek defeat to Bayern Munich.

Chelsea suffered a humiliating 3-0 loss at Stamford Bridge in the first leg of their Champions League last 16 tie against the Bundesliga champions on Tuesday.

Serge Gnabry scored a quick-fire double shortly after half-time and Robert Lewandowski tapped home to all-but seal Bayern’s spot in the next round.

Chelsea have four fixtures between now and the return leg at the Allianz Arena, so Lampard will be looking for a response – starting at Bournemouth.

But top goalscorer Tammy Abraham is doubtful after reportedly suffering an injury during the cool down after the final whistle against Bayern. 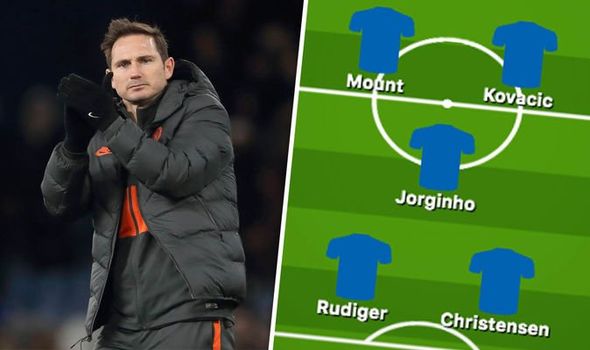 The England international has 15 goals in all competitions for the Blues this season but has been struggling with an ankle injury in recent weeks.

Abraham picked up the problem in the 2-2 draw with Arsenal last month and sat out the FA Cup clash with Hull before playing through the pain against Leicester.

The 22-year-old then missed the defeat to Manchester United and was a substitute in last weekend’s victory over Tottenham.

Abraham came on after an hour against Bayern, but his latest setback means Olivier Giroud could lead the line once again – having started Chelsea’s past two matches.

The Frenchman now appears to be ahead of Michy Batshuayi in the pecking order, despite having come close to leaving Stamford Bridge in January.

Meanwhile, N’Golo Kante remains sidelined with an abductor injury suffered against United and Christian Pulisic is still struggling with a similar problem.

Callum Hudson-Odoi has missed Chelsea’s last three matches due to a hamstring injury and is also expected to miss out, but Ruben Loftus-Cheek is back in contention.

The midfielder was named in the matchday squad against Tottenham after 10 months on the treatment table with an Achilles problem, although he was not included against Bayern. 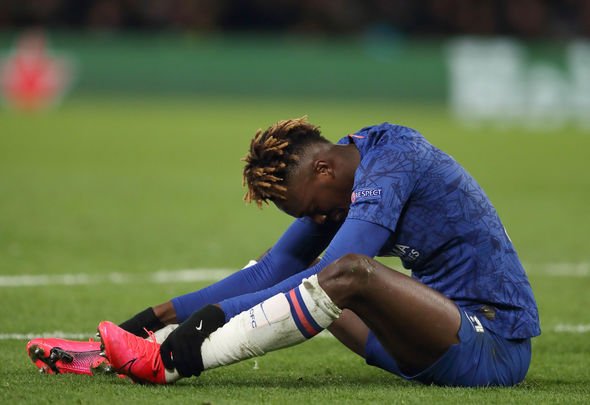 Marco van Ginkel completes the extensive list of injured players, but so many absentees does not guarantee another unchanged starting XI.

Lampard resisted the urge to tinker with his winning team last time out, sticking with the same starting XI that saw off Spurs, but wholesale changes are expected against Bournemouth.

Keep Arrizabalaga is still out of favour so Willy Caballero should retain his starting berth in goal but the Blues could abandon their back five in favour of a 4-3-3 set-up.

Marcos Alonso could therefore drop out, having been heavily criticised after his sending off against Bayern for a swinging arm.

Cesar Azpilicueta will therefore shift to left-back while Reece James will drop into a more orthodox right-back role.

Jorginho is likely to anchor the midfield, despite picking up a European suspension that will see him miss the return fixture against Bayern.

Mateo Kovacic and Mason Mount will hope to continue alongside the Italian but Ross Barkley is in danger of losing his place after a dour performance in midweek if Lampard recalls Pedro and Willian. 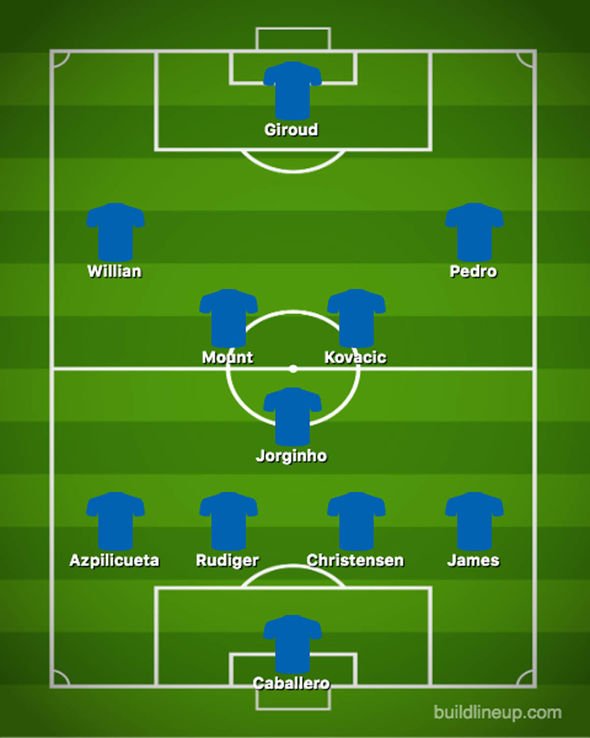