Chelsea have been dealt a major transfer blow after Borussia Dortmund chief executive Hans-Joachim Watze revealed that Jadon Sancho is not likely to leave in the summer. However, the Blues could still conduct business with the Bundesliga giants as they continue to monitor youth prospect Nnamdi Collins.

Sancho has been a long-term Chelsea target for several seasons, with the England international identified as a natural replacement for Eden Hazard.

However, the 19-year-old is also attracting attention from Manchester United among a host of other Premier League clubs after 17 goals and 18 assists across all competitions so far this season.

Chelsea were expected to step up their pursuit of Sancho this summer, but the latest comments from Dortmund chief Watzke suggest their star man is going nowhere.

“I think he has the feeling that the club does have a good future,” Watzke told the BBC. 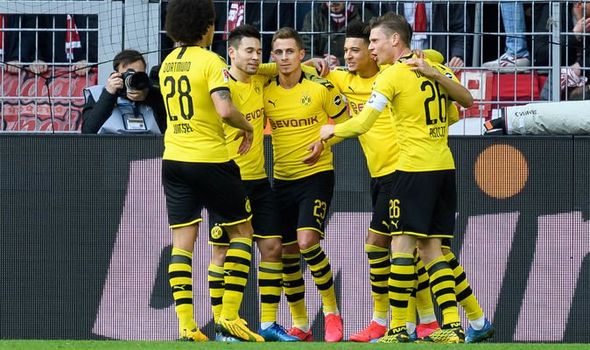 “In my opinion, I don’t think he wants to leave.

“We have a very confidential relationship between us and him and his agents. We will discuss it.

“It’s not a question of money. For us, it would be the best position if he stays at Borussia Dortmund.

“We have enough money. We want to have titles. I think this team has a lot more potential with Jadon than without Jadon.”

Any move to Stamford Bridge could therefore hinge on Chelsea securing Champions League football next season, while Lampard must convince the teenager that his side are in a position to challenge for the Premier League title.

Dortmund are currently third in the Bundesliga, four points behind Bayern Munich, while Lucien Favre’s side stand a great chance of progressing to the Champions League quarter-finals after securing a stunning 2-1 victory over Paris Saint-Germain in the first leg of their last 16 tie.

Sancho was only 17 when he left Manchester City for Dortmund in 2017, costing the German outfit around £10million, but it is likely that a fee in excess of £100m will be required to tempt him back to the UK.

While Chelsea’s pursuit of Sancho appears to have hit the buffers, the Blues are also interested in Dortmund’s teenage centre-back Nnamdi Collins. 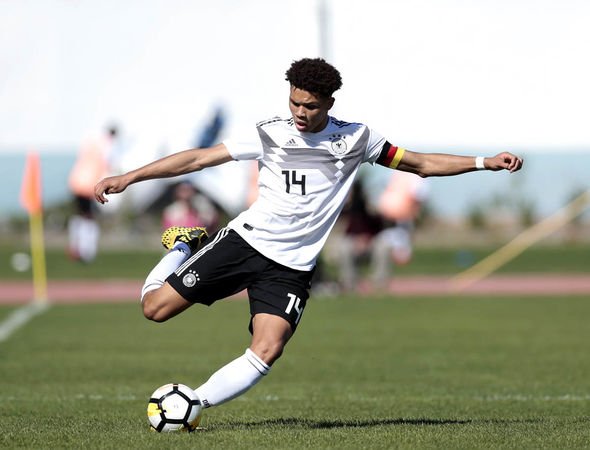 The 16-year-old is building a reputation in the Under-17s squad and has also made five international appearances for Germany in the youth set-up.

Collins is primarily a defender but has already notched four goals and an assist so far this season, giving an indication of his attacking talents.

German publication Bild claim Chelsea are in the hunt for his signature but are in danger of missing out to Manchester City.

The report claims the reigning Premier League champions have moved ahead in the race to sign the Dortmund gem, with the club lodging a €2m (£1.7m) bid for the youngster.

Both Lampard and Pep Guardiola are looking to bolster their teams’ youth academies, with the two clubs having reaped the rewards of investment this season.

Phil Foden has emerged as a potential successor for David Silva in the City midfield while Tammy Abraham, Mason Mount, Fikayo Tomori and Reece James have all established themselves in the senior squad at Stamford Bridge.