World Cup winner Emmanuel Petit believes there are four Chelsea players that could see Erling Haaland scoring “lots of goals” with. The former Monaco and Chelsea midfielder believes that the Blues “need a top striker” and pointed to Haaland fitting the bill.

Petit told Paddy Power: “I’ll make it simple. Giroud is on his way out of Chelsea, Tammy Abraham is probably leaving on loan, and Timo Werner still struggling to score goals consistently and Kai Havertz is not a striker.

“Chelsea need a new striker and someone who scores lots of goals.

“Erling Haaland is the answer, he’s strong, powerful and young with a bright future in front of him.”

Haaland, 20, has been touted as the next footballing superstar to take over the mantle from Lionel Messi and Cristiano Ronaldo.

Since joining Borussia Dortmund for £20million in 2019 the Danish wonderkid has scored 57 goals in 59 appearances for the German side and doesn’t look short of stopping. 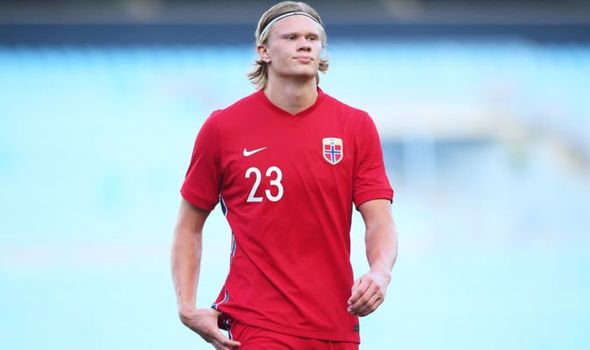 To put into perspective, at the same stage in their careers, Kylian Mbappe had scored 12 goals, Lionel Messi eight, Robert Lewandowski six and Cristiano Ronaldo just one.

Haaland is more than ready for a big-money move, likely costing well above £100m, and Chelsea are one of the few clubs on the planet that could afford such a fee.

Thomas Tuchel, now a Champions League winner, will look like an extremely desirable manager to work under, if he did not already.

“Offensively, he could become the finisher that Chelsea really need. I can imagine his relationship with Mount, Havertz, Pulisic and Ziyech making him score lots of goals at Stamford Bridge.”

Timo Werner has struggled for goals this season, and along with Tammy Abraham and Olivier Giroud, look surplus to requirements.

Chelsea look to build on their European win, and by signing a player of Haaland’s calibre will only strengthen that cause. 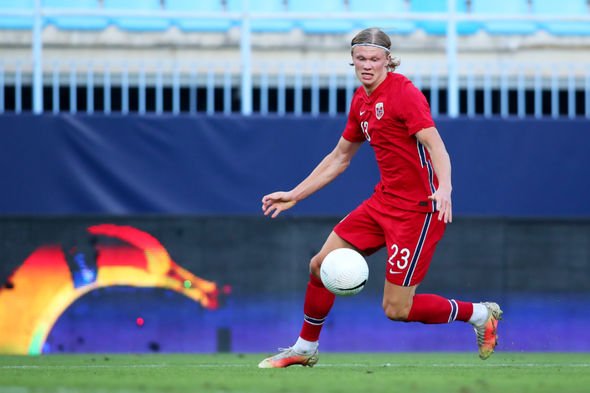 With the likes of Mount, Havertz, Pulisic and Ziyech around him, Petit is right to highlight this potentially deadly combination.

His arrival would make Chelsea favourites, domestically and in Europe no doubt.

Chelsea have not won the Premiership since 2016/17, but with last season’s Champions League under their belt, along with potentially Haaland, there will be no Blues star short of confidence.