Chelsea will have to fight off La Liga giants Barcelona and Real Madrid in their pursuit of long-term transfer target David Alaba. The Blues are on the hunt for a new left-back but will have a hard task signing up the Bayern Munich ace due to new interest from Spain, according to reports.

Chelsea identified Alaba as a potential signing back in January, with new manager Frank Lampard experiencing a selection headache on the left side of defence.

Marcos Alonso and Emerson Palmieri have failed to convince at Stamford Bridge this season, and while the former has recently regained his place in the starting XI Lampard is still keen to bring in some fresh competition this summer.

Alaba won his eighth Bundesliga title with Bayern last season but has just a year left to run on his contract at the Allianz Arena and is reportedly considering a new challenge.

Chelsea had been favourites to snap up the Austrian in January, but Barcelona and Real Madrid have reportedly now joined the race for the 27-year-old’s signature. 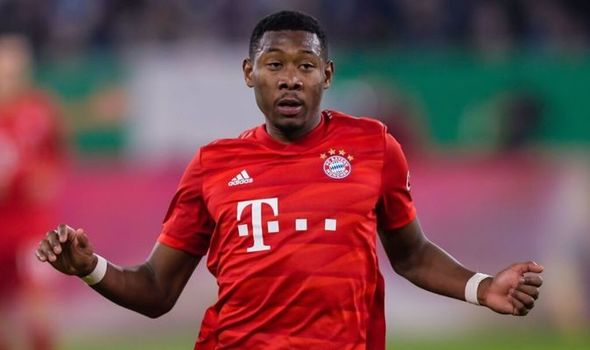 SportBILD claim La Liga’s top two pose a serious threat to the Blues’ transfer plans and would have no qualms about splashing out £60million on the experienced defender.

And this figure could well rise if a bidding war breaks out between Chelsea and the Spanish sides.

Alaba has previously stated a desire to play in Spain or England, meaning he would not be unhappy with the latest interest from La Liga.

Speaking to BILD last year, he said: “Spain, England [are the countries I want to play in].

“In Spain, it would be the two big clubs, I guess, Real or Barcelona. Also the big clubs in England.”

The Bayern star is said to be considering his future at the Allianz Arena and would therefore be open to a move in the near future.

However, Chelsea might instead opt to pursue one of their other targets who could be more easily available.

Leicester ace Ben Chilwell had been top of the Blues wishlist for a considerable time but the Foxes are unlikely to sell their England international cheaply. 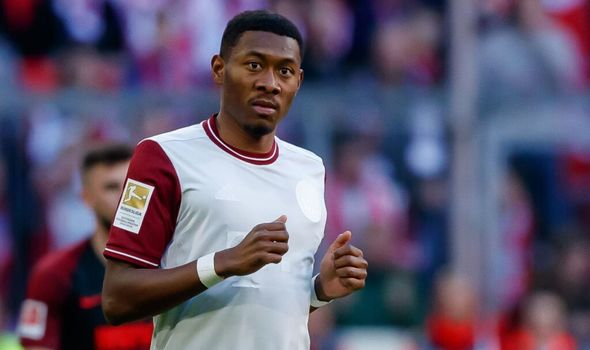 It looks more likely that Porto star Alex Telles would make the move to London, with the Brazilian full-back having already revealed he does not want to sign a new deal at the Estadio do Dragao.

Telles is believed to be available for around £40m, with Porto keen to sell in order to avoid losing him for free when his contract runs out next summer.

Marc Cucurella has also been touted as a potential option, despite the Spaniard having recently joined Getafe from Barcelona.

The versatile midfielder had been on loan from the Nou Camp but has now made the switch permanent, although he could still move again in the summer if Getafe opt to turn a quick profit.