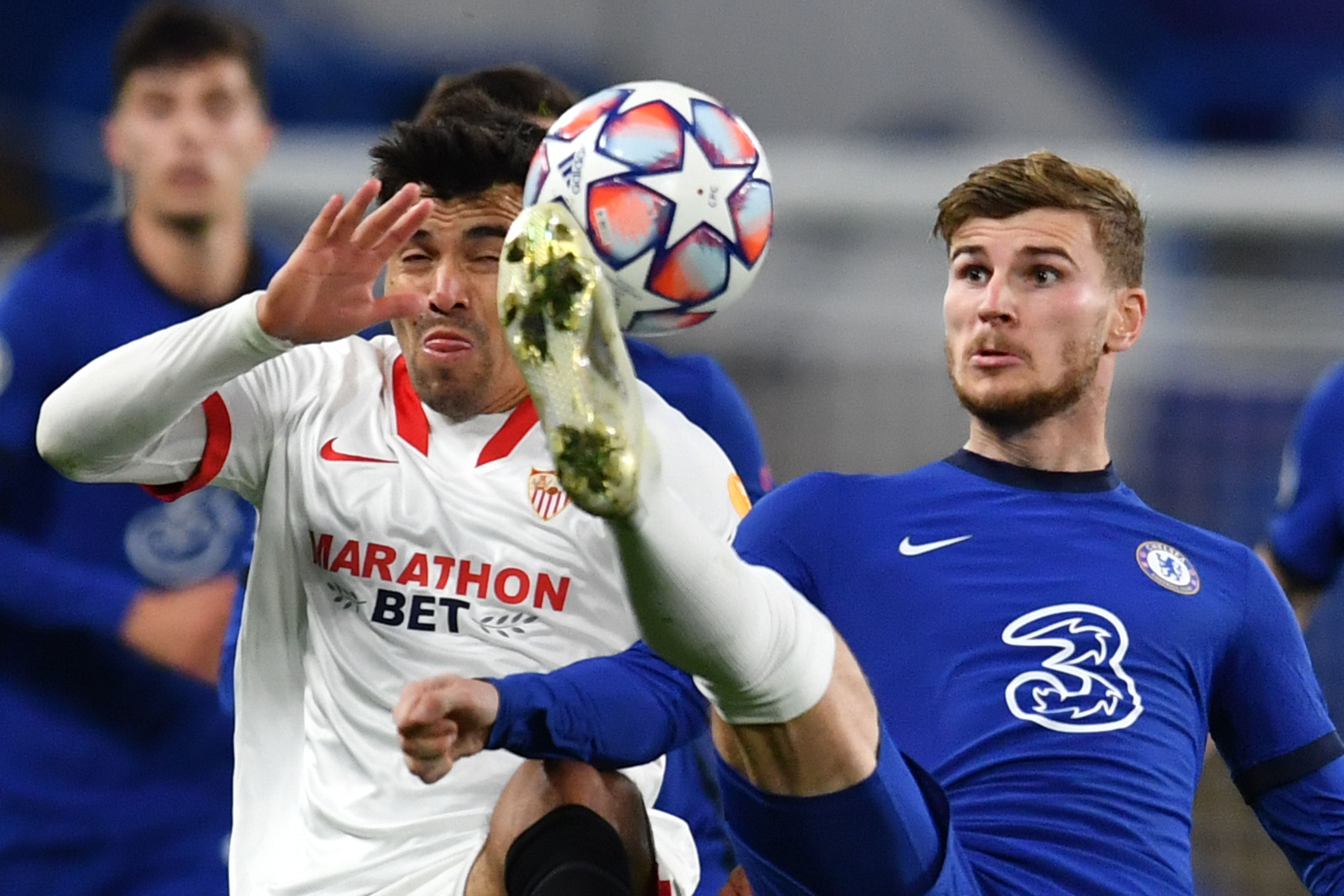 Still not fully fit, but such is Frank Lampard’s desperation to obtain reliability between the sticks, that Edouard Mendy started here – while Petr Cech was shockingly included in the Blues’ Premier League squad as a fourth option in an emergency.

The Senegalese appears able to freeze time in the manner he moves towards the ball and immediately justified his selection following Nemanja Gudelj’s deflected header from close range, which saw an outstretched glove not only prevent a goal for the Spaniards, but divert the ball to safety.

It’s the lack of fuss surrounding Mendy’s work that impresses too, but for all the drama surrounding Kepa Arrizabalaga, patience and a sustained run of games will be needed to discover quite how much a competent goalkeeper can elevate this Chelsea side’s potential. Captaining the Blues tonight, Jorginho has carved out a key role for Frank Lampard, which appeared unlikely heading into the season.

Barking and orchestrating the play alongside N’Golo Kante in what appears to be Lampard’s preferred midfield shape, the Italy international’s influence here was as much to do with disrupting Sevilla as painting a picture with his sweeping passes.

Unlike against Southampton, where he was guilty of venturing too far into the channels, his aggression was concentrated into the central zones.

With Mateo Kovacic missing at the weekend and Billy Gilmour still injured, Lampard may have adopted a midfield two due to the circumstances, but for all Jorginho’s enthusiasm, doubts remain over whether a trident can better protect Chelsea and integrate the exciting attacking weapons available to Lampard.

Timo Werner’s intent is clear as Chelsea’s No 9, praying on the shoulder of his marker and eager to expose the space in behind.

Michael Owen admired Werner’s runs in behind, with obvious similarities to his own patterns of movement as player: “He’s always looking to be on the edge, if they could just find that through ball, he’ll be in.”

The beauty of Werner’s movement is the variety of starting position, which comes when occupying the role as his side’s No 9 and not starting from the left flank. His compatriot Kai Havertz is naturally eager, perhaps a little too much, to find him as a first read when he picks up possession, but in back-to-back games, his role is now telling us how Lampard ideally wants to set up. 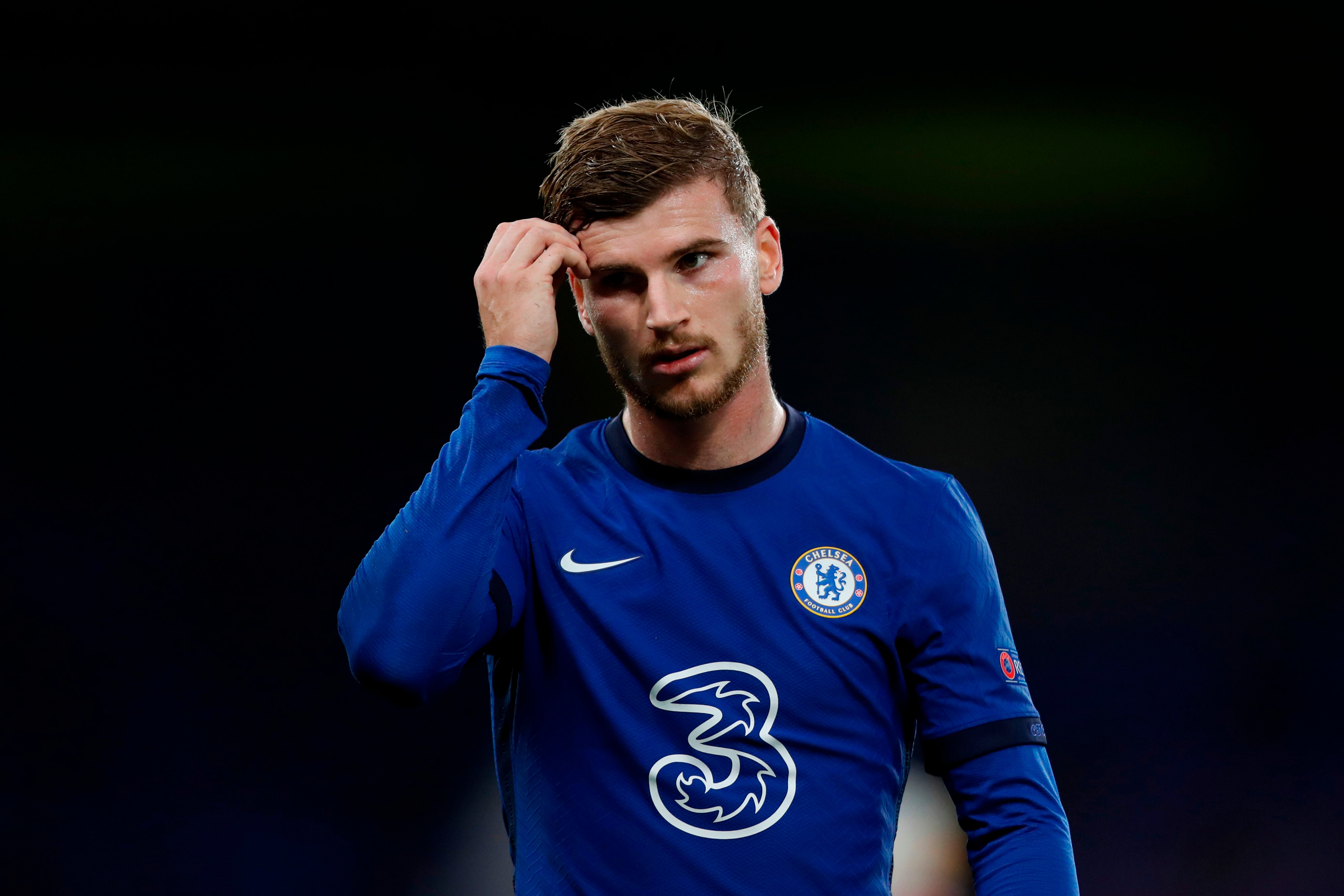 Christian Pulisic continued from the right here, where he had some success against Southampton as Chelsea’s most dangerous player with the ball at his feet and on the move.

Keeping his position narrow to provide Chelsea with a better shape to absorb Sevilla’s probing possession though, the American sacrificed some of the curiosity which makes him such a compelling player.

The switch after the break immediately demonstrated the problems Pulisic can pose for opponents, with Jesus Navas quickly unsettled and furiously protesting after twisting and turning while backtracking.

Just two starts since returning from injury, the situation will clearly become clearer, but while Ben Chilwell’s movement from deep may see Chelsea more exposed with a free-flowing Pulisic on the left, Lampard may need to be daring to rediscover arguably his most devastating player. As ever, it remains a balancing act for Lampard.

Last year proved a gruelling group stage for Chelsea, even if they eventually did outlast Ajax to emerge alongside Valencia as runners-up.

But this year appears equally taxing, with Sevilla not only filled with quality but so adept at nullifying opponents and displaying immense experience and discipline.

On this basis they will fancy their chances of topping this group, but the Blues will also need to be wary of Rennes and Krasnodar, especially with the latter hosting them next in a challenging turnaround after facing Manchester United.

Negotiating the challenging schedule could prove one of Lampard’s toughest tests in the first phase of the season, with the priority now to avoid defeat in game week two to retain some control. Sevilla’s quality also suggests Lampard will dismiss focus on top spot alone and make sure qualification is not taken for granted.

Tags: Chelsea, Edouard, Me, Sevilla, vs
You may also like
Latest Posts