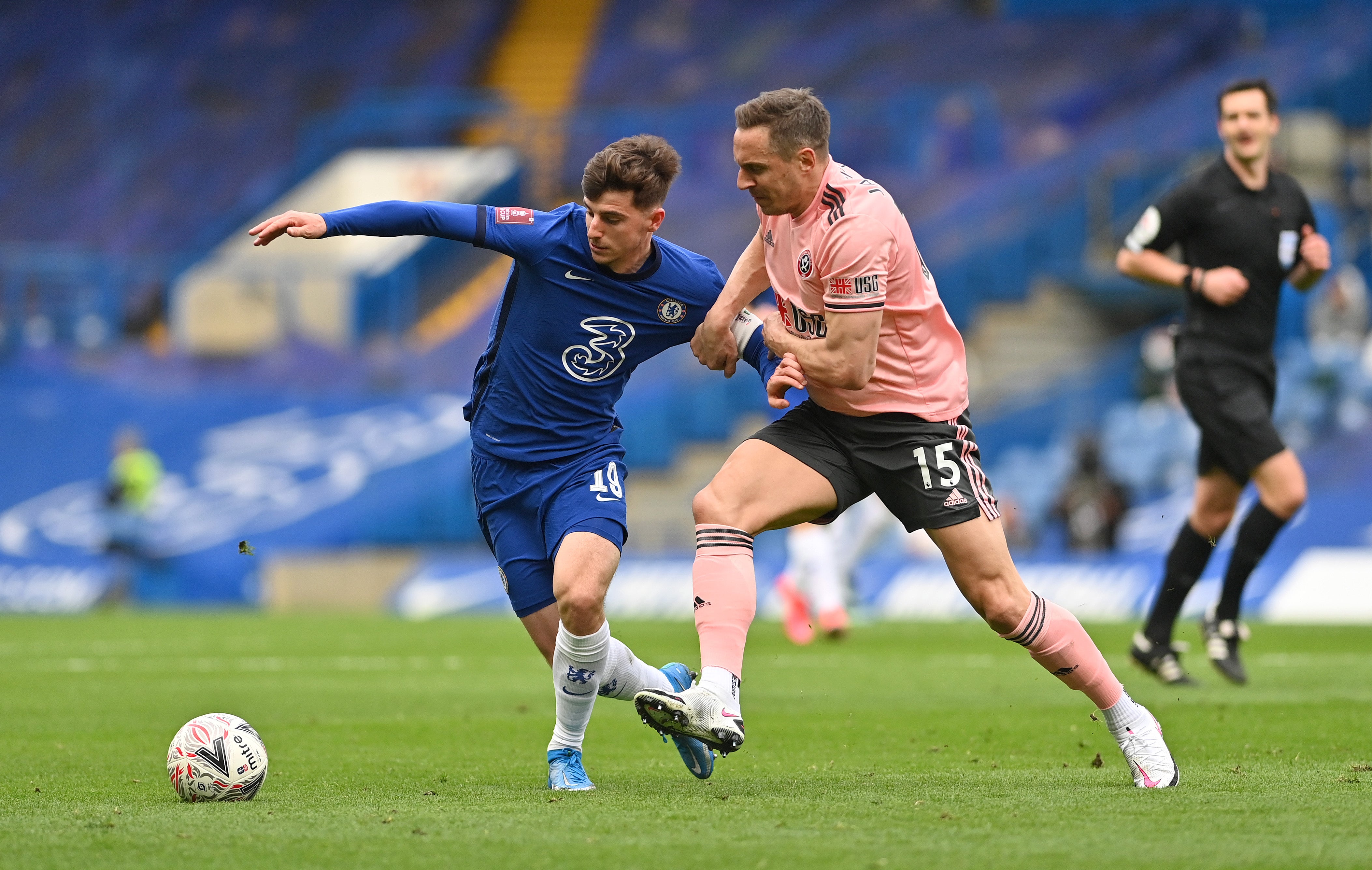 Chelsea host Sheffield United with both teams targeting a place in the FA Cup semi-finals.

While the Blues have been riding high under Thomas Tuchel, with their unbeaten streak now stretching to 13 games after comfortably beating Atletico Madrid this week to advance to the quarter-final of the Champions League.

Blades have suffered a different experience, with Chris Wilder’s departure and relegation staring them in the face, but the FA Cup provides a welcome distraction after being thumped by Leicester last time out.

The Blues will likely shuffled the pack, as has been common under Tuchel so far, but despite the progress since Frank Lampard’s departure, the former PSG and Borussia Dortmund coach is aware he needs to find the right balance between defence and attack with more cutting edge in the final third: “We lack some precision in the final third and some goals, but we’ve never lacked the work-rate against the ball, touches in the box, shots.

“Maybe we lacked composure but that’s our fault because we work so hard against the ball. It’s about balance and I believe we have that balance in how the players feel.

“We’ll never stop to think about how to create chances, offensive solutions, where to create spaces and to accelerate our attacks. But we also think about counter-pressing.”

Follow live updates from Stamford Bridge, including build-up, analysis and reaction on a big day of football, with the final quarter-final, Leicester vs Manchester United, later on:

Is Chelsea vs Sheffield United on TV today? Kick-off time, channel and how to watch FA Cup fixture

30 mins: Big chance for Hudson-Odoi! He darts into the box from the right wing, running in behind the Blades backline. Billy Gilmour spots him and chips a pass into the back post. Hudson-Odoi hits the ball on the half-volley but his effort is charged down by Aaron Ramsdale before the offside flag goes up.

27 mins: It’s going to be a long way back for Sheffield United. They need to open themselves up more in order to get more possession in midfield. It’ll be a tough ask and will leave them vulnerable at the back but they’re now chasing the game.

24 mins: GOAL! Chelsea have the lead from the corner. The corner kick goes over everyone and comes to Ben Chilwell on the opposite side of the box. He takes a shot that looks as though it’s heading wide. Oli Norwood tries to clear the ball, gets a touch to it and deflects it past his own goalkeeper in the back of the net.

23 mins: Sheffield United don’t have a release. They’re defending pretty well but they can’t maintain possession further up the pitch. Hudson-Odoi bursts into space on the right wing and fires a low pass into the six-yard box. Aaron Ramsdale comes to claim it but fumbles the ball. Luckily his teammates are there to put the ball behind for a corner.

20 mins: 20 minutes gone at Stamford Bridge, Chelsea are just starting to up the tempo, playing one-touch passes and moving the ball quicker, but so far so good for Sheffield United who have kept the Blues quiet in front of goal.

17 mins: Olivier Giroud lets the ball run as a sharp pass comes up to him. The loose ball rolls out to the left side of the box and is taken up by Ben Chilwell. He’s shoved in the back by Jayden Bogle and wins a free kick. Mount swings the free kick into the box and Norwood heads it away at the near post.

14 mins: Pulisic passes the ball into midfield where Kovacic picks it up. He turns towards goal and is cleaned out by George Baldock. The free kick is played quickly by the Blues and sent out to Mount on the right wing. His cross is drilled into the box but gets cleared.

11 mins: Almost! Norwood hits a low ball into the box from a corner. Stevens manages to flick it on at the near post and Phil Jagielka gets a head to the ball but can’t generate any power causing it to loop softly up to Kepa Arrizabalaga.

8 mins: Chelsea haven’t conceded a single goal at Stamford Bridge under Thomas Tuchel and they’ve only conceded two goals in their last 13 games. However, one of those goals was scored by Sheffield United, can they find the back of the net again today?

6 mins: Oli Norwood flicks the ball up towards McGoldrick but Emerson intercepts and knocks the ball to Mateo Kovacic. He brings it under control and is then shouldered off the ball by an arriving Oli McBurnie. It’s a strong challenge and Chelsea win a free kick.