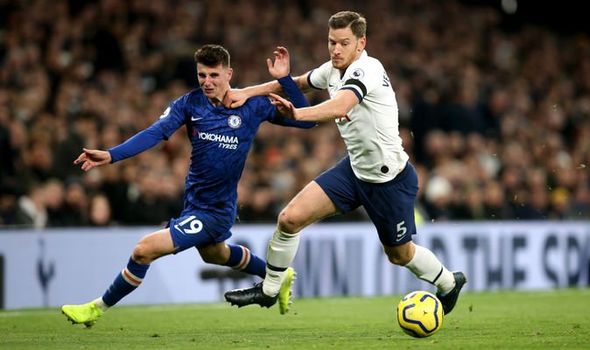 Chelsea host Tottenham at Stamford Brigde as Jose Mourinho returns to his former home as Spurs boss. The clash could go a long way to deciding who finishes in the top four.

Hosts Chelsea enter the showdown occupying the final Champions League spot and one point ahead of Spurs, who are missing key players for the run-in.

Willian’s brace gave the Blues a win at the Tottenham Hotspur Stadium in the reverse fixture back in December and now the north London club will be keen to get revenge on their capital rivals at the Bridge, where Chelsea have won just two of their last seven, losing four.

Chelsea manager Frank Lampard: “I think with Tottenham, they are on a good run of form.

“Clearly an incredible player like Harry Kane is a miss and now [Heung-min] Son is a miss, but with Harry Kane it always amazed me the stats when [Mauricio] Pochettino was manager and Harry Kane was injured a few times. 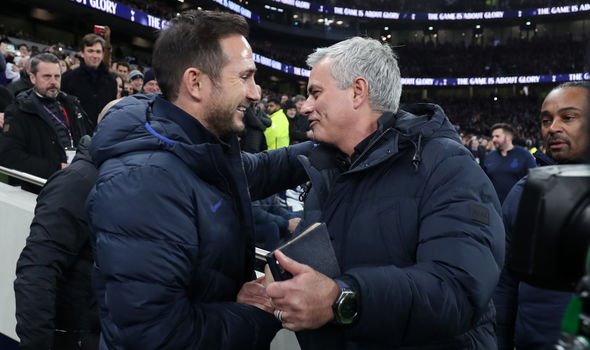 “They remained a force because they had players that could fill in. When you are talking about players like Dele Alli, whose game is to arrive from slightly behind and break lines consistently, Lucas Moura is similar and he has qualities, [Steven] Bergwijn has come in and has those similar qualities.

“I have watched a lot of them recently and they are a threat. This is a London derby against Tottenham, I think whatever team they put out will always be a threat in this type of game.”

“We have ambitions to be there but we are one, two, three points behind Chelsea, so they have an advantage to all of us. That’s obvious. It’s not a big advantage but it is an advantage.

“Chelsea in this moment is favourite for the fourth position, considering Leicester has nine points more at this stage of the season.”

What time does Chelsea vs Tottenham kick-off?

The Premier League clash kicks off at 12.30pm GMT.

What TV channel is Chelsea vs Tottenham on?

Live television coverage will be shown on BT Sport 1 throughout the UK. 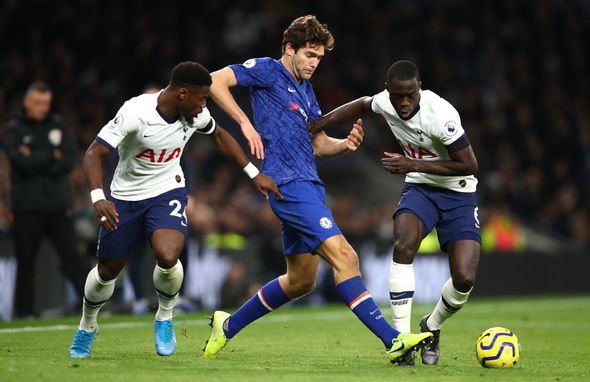 Can I live stream Chelsea vs Tottenham?

Existing customers can stream the Premier League match via the BT Sport app.

Additional streaming is available on the BT Sport website.

However, EE mobile customers will be able to stream matches for free, thanks to a subscription plan announced by the network.

The company said: “To say thanks for being with us, here’s a special sporting treat for our pay monthly mobile and tablet customers: three months’ free BT Sport on your EE phone and connected tablet. Just text SPORT to 150, register for a BT ID then download the BT Sport app and get watching!”