Chelsea are heading to another FA Cup final after spectacular second half goals from Guro Reiten and Ji So-Yun sealed a 2-0 victory over Arsenal.

The Blues beat the Gunners in last year’s delayed final back in December. Emma Hayes’ side were dominant that day, but had to be patient here. They were not at their best in the first half but Arsenal failed to take advantage – something which has become a theme in the second half of their season.

The Gunners are now facing a third successive season without a trophy. The Women’s Super League title is their last hope, but they must rely on Chelsea dropping points. The Blues do have a slightly tougher run-in, but they have not lost a league game since December and have been in superb form. 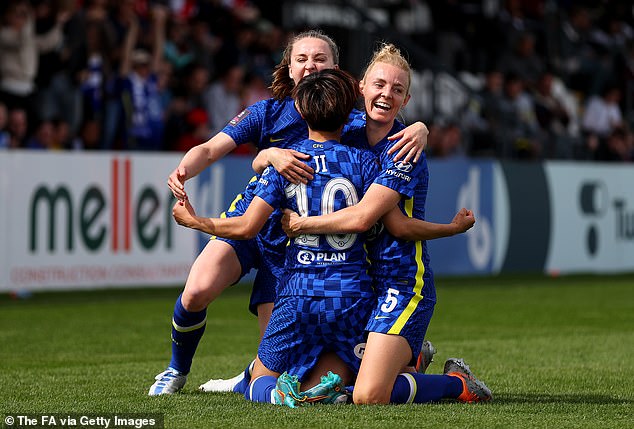 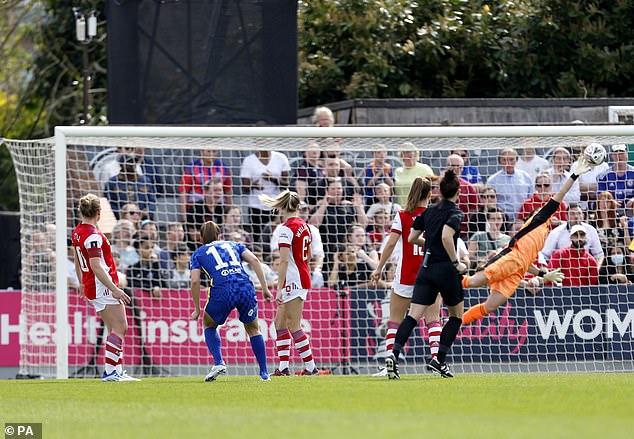 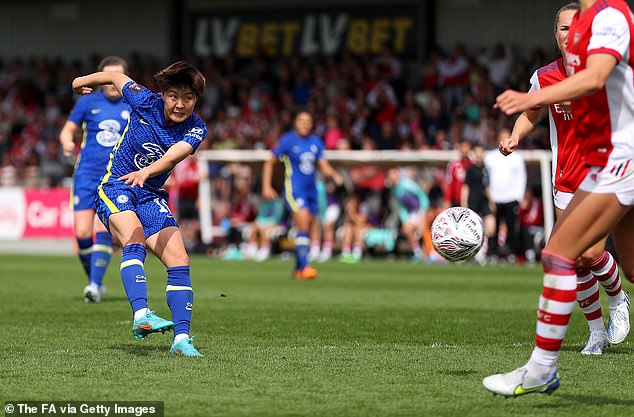 Since beating their London rivals 3-2 on the opening day of the season, Arsenal are now without a goal against Chelsea in their last three fixtures – after losing last season’s delayed FA Cup final 3-0 before a goalless draw in the second league meeting in February. That goalkeeper Manuela Zinsberger won Arsenal’s player of the match in a 2-0 defeat spoke volumes.

But the Gunners let this game get away from them. They were the better side in the first half, pressing high as Chelsea struggled to get out of their own half. But the Gunners’ final pass was consistently sloppy and clear cut chances were few and far between. Vivianne Miedema came closest to opening the scoring when she let fly from range but her effort sailed just over the bar.

The hosts were then very nearly the architects of their own downfall just before half-time as Leah Williamson’s loose pass fell to the feet of Beth England. The forward was too slow to react and WIlliamson got back well to block before England put too much on her pass to Sam Kerr, who was unable to control.

Arsenal’s best chance to go in front came shortly after half-time when Beth Mead fired wide from inside the box. The winger should really have tested Chelsea goalkeeper Ann-Katrin Berger and the Gunners were made to pay for not taking that chance when Reiten produced the game’s first bit of magic.

The forward picked up the ball on the left wing and was allowed to run, reaching the edge of the box before curling a brilliant shot over Manuela Zinsberger and into the top right corner. There was no doubting the beauty of the strike from Reiten, but Arsenal had given her acres of space and time to pick her spot.

Chelsea almost had a second when England found space for a shot inside the box but Zinsberger got down well to make the save. However, the goalkeeper could do nothing to prevent Ji making it 2-0 on the hour mark. The midfielder picked up a loose ball on the edge of the box, side-stepped Lia Walti and fired into the top right corner of the net. 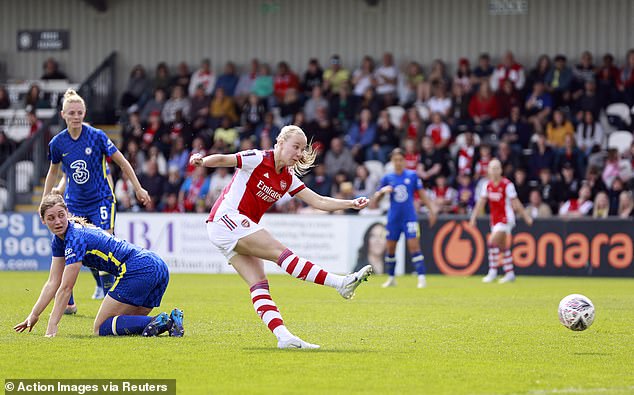 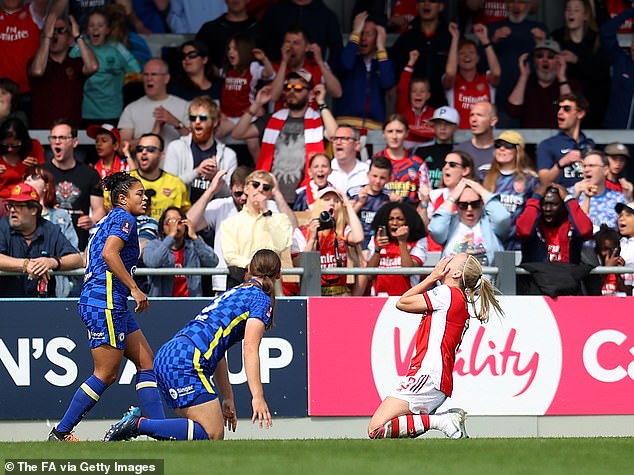 It was the Blues who were doing all the attacking as Arsenal struggled to string any passes together and Zinsberger was forced into two fine saves to prevent Reiten and Ingle from making it 3-0.

England almost managed a spectacular third before the end as she plucked the ball out of the air before sending a shot just over the crossbar.

The Blues will face Manchester City in the final on May 15.