Chelsea Women manager Emma Hayes says she has “worked my whole life for today” after she guided her side into their first Champions League final.

The Blues had a mountain to climb after losing 2-1 to Bayern Munich Women in the first leg last week, but a sensational performance at Kingsmeadow saw them win 4-1 in the second leg and 5-3 on aggregate.

Fran Kirby topped and tailed the performance with the opening and final goal, while Pernille Harder and So-yun Ji also found the net for Chelsea.

A proud and emotional Hayes gave an impassioned post-match interview, where she described her personal pride and that for her players.

The Chelsea Women manager told BT Sport: “I’ve worked my whole life for today. I’m so proud of those players, they delivered, they’re resilient and everyone did everything they can. In these situations, it’s so tense. 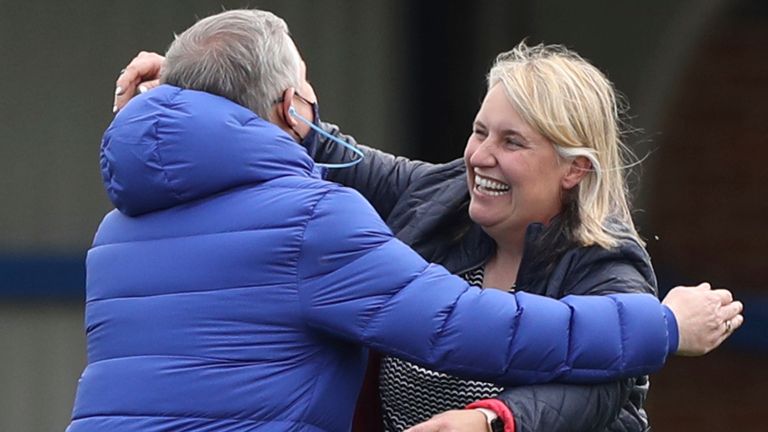 “I’m so proud of myself. I got to this level through my hard work, my determination and I’m fortunate enough to be working for a football club that I adore, that have given me licence to do this and I work with a set of players that were always in control, even when I didn’t feel like I was! But they did everything possible today.

“I just love winning, it doesn’t bore me and this is a tournament I like being in. I think it’s important for English football that we made it. English football is one of the best in the world and getting to the final shuts up Europe in terms of what we’re doing in this country and we’ve got to face another top team in Barcelona.” 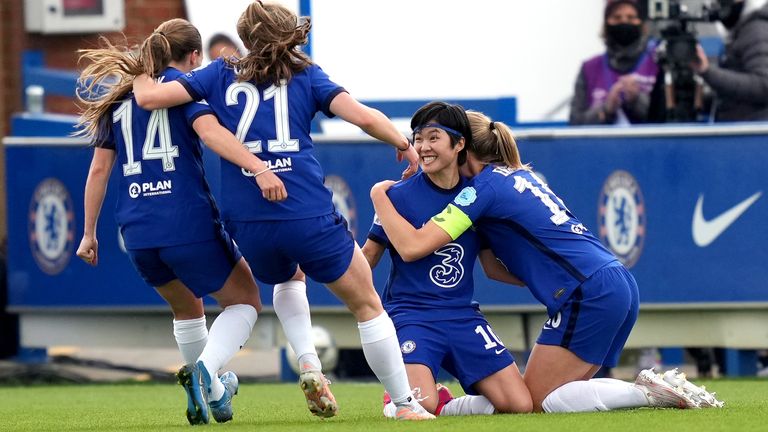 Chelsea are also on the verge of another domestic title in the Women’s Super League, having already clinched the Women’s League Cup title in March.

Hayes added: “Someone described us as ‘mentality monsters’, and we’re the best. We’re in the position we deserve to be in.

“It’s the people ultimately who are willing to do the rubbish things in the right moments. It’s the fact that we’ve been through a lot together and we’ve journeyed. I’ve been here nine years, it hasn’t just happened, it’s been a long time coming. I’m going to have a nice sing-song and cry the whole way home.”

Harder: WCL final win would be biggest of my career 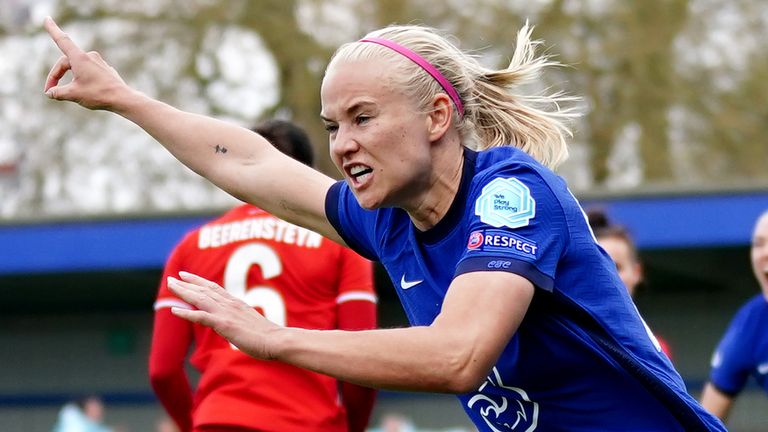 Goalscorer Harder was also ecstatic to have helped Chelsea into their first Women’s Champions League final. She has twice been a runner-up with Wolfsburg, including last season against Lyon.

She told BT Sport: “It’s amazing. This is why we play football. It means everything. We believed from the first minute and it was unbelievable work from the whole team.

“When my goal went in, it was the best feeling ever. When Fran put the last one in, it was a relief. It was too stressful at the end. I went off and it was awful to be on the outside.

“To win the final would be the biggest thing in my career.”