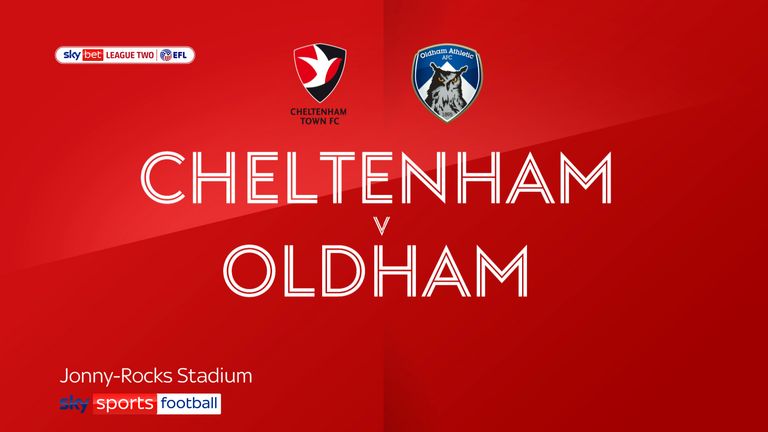 Second-half goals from Andy Williams and Alfie May earned Cheltenham a 2-0 home victory over Oldham.

It ended a seven-game winless run for Michael Duff’s side in League Two and reignited their automatic promotion push.

Laurence Bilboe saved from May twice in the opening stages, but Oldham grew into the game.

Marcel Hilssner’s shot was spilled by Josh Griffiths and very nearly crept over the line in the 12th minute.

Finn Azaz was denied by Bilboe before Dylan Bahamboula rounded Griffiths but saw his effort blocked by Lewis Freestone.

Bilboe turned a fierce drive from Matty Blair over the bar before half-time but Cheltenham’s breakthrough came nine minutes after the break. Williams latched onto a long ball forward from Will Boyle, cut inside and curled a perfectly placed shot past Bilboe and into the bottom right corner for the 150th goal of his career.

May blazed over from a good position in the 78th minute but made no mistake five minutes later, finishing clinically after turning just outside the penalty area to follow up his memorable strike against City.