CHRIS SUTTON: Antonio Conte’s touchline antics are not for everyone… but his clash with Thomas Tuchel during Tottenham’s draw with Chelsea was pure box office entertainment

Lord knows I’ve seen some coaches work themselves into a frenzy in their technical areas and lose it at full time.

To this day we’re still wondering what Ally McCoist whispered into Neil Lennon’s ear after Rangers lost to Celtic in 2011 before police officers had to separate the pair.

I don’t imagine it was sweet nothings or an invite for a post-game bottle of Buckie. 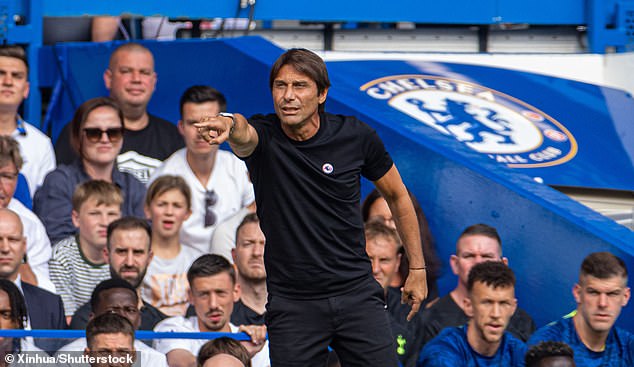 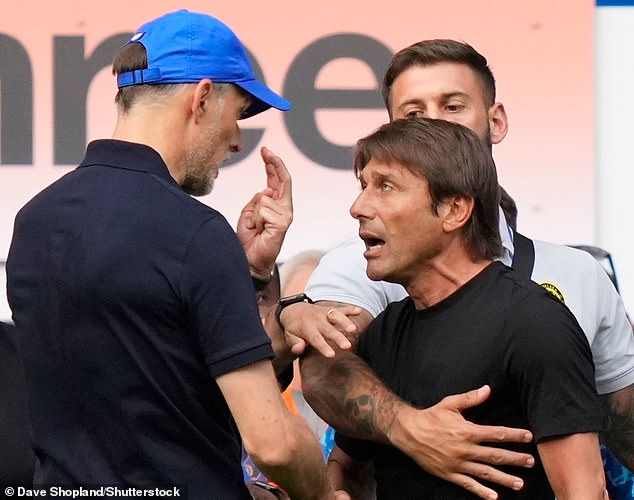 But that can happen at the end of a game like the Old Firm. Emotions are so raw, it’s natural that some may escape from the men who wanted to win so badly.

But when you’ve got a manager banging his chest in the dugout during a game, as a player you know that’s not for you.

That’s playing to the punters. The supporters love to see that, too. They raise the noise as a result, knowing that their coach is willing to show he cares.

Antonio Conte is one of those. The Tottenham boss embraces that energetic and chaotic style of touchline management.

I had a mix of managers — Roy Hodgson was always calm in his technical area at Blackburn. 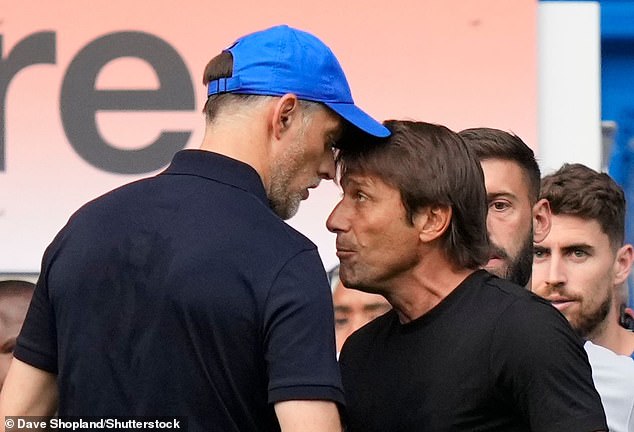 Conte is the opposite. He comes across as a calculated fire-starter and seemed to start Sunday’s aggro with his celebration towards Chelsea’s bench.

That’s the beauty of Stamford Bridge — it’s all in such close proximity, you don’t have to catch a bus to reach the other dugout like you might across London at West Ham’s London Stadium!

Thomas Tuchel responded to it by sprinting past Conte in celebration when Chelsea scored and refusing to let go of his opposition’s hand at full time.

It was tit for tat, and did a single fan who watched Sunday’s game come out of it saying they found it dull? Of course not. It was pure Premier League entertainment — potentially the best game of the 2022-23 season and we’re only in August.

Saying that, there is a line that cannot be crossed and it does not set the best example. We don’t want to encourage younger viewers to think they can behave this way. But the reason we were all so enthralled by Tuchel versus Conte was because seeing such bad tempers on display is relatively rare in top-flight football.

Unless your name is Jose Mourinho, of course…