Jordan Pickford had been England’s Iceman at Euro 2020 – so cool, so composed and forever in control.

There was that one sliced attempt at a clearance against Ukraine but other than that, we’d not seen him flapping or making daft decisions. Yet for a period in this first half, Pickford looked all over the place.

One careless moment after 15 minutes saw him give the ball away, leading to a good chance for Martin Braithwaite which deflected wide.

From the resulting corner, Denmark placed so many players on the goal-line that you could have thrown a coat over the lot. 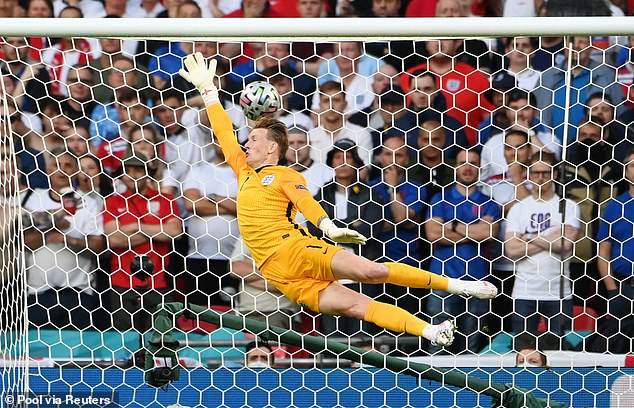 They wanted to crowd around Pickford and make life difficult, perhaps having identified England’s goalkeeper as someone to target.

Certainly there was a focus on making set pieces count from the Danish visitors at Wembley. Pickford managed to punch that corner clear, but will have been disappointed with how he was beaten by Mikkel Damsgaard.

It was a great strike from the 21-year-old, in the way he got the ball up and over the wall. But it didn’t fly into the top-left corner. When a free-kick finds the postage stamp, you think, ‘Fair enough’. But this didn’t.

This was central. Maybe that earlier mistake, and conceding this goal, hurt Pickford’s confidence. But he had to remember what an excellent tournament he’s had otherwise.

He had to refocus, especially when England got themselves back into the game. 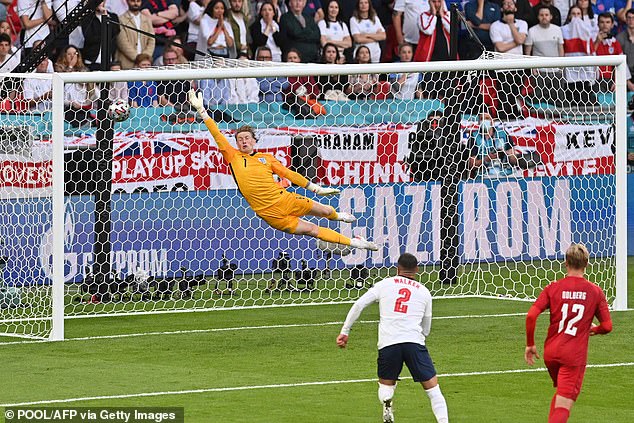 Harry Kane emphasised what a wonderful all-round player he is, after all the flak he received earlier in this tournament.

Denmark’s back five were making themselves difficult to beat, with space severely limited, but it wasn’t that Kane was dropping deep into his own half to receive the ball from his centre backs.

Instead he was picking up pockets and doing damage from there. One early cross from the right wing for Raheem Sterling brought back memories of that Euro 96 moment when Paul Gascoigne couldn’t quite stretch far enough to score against Germany.

When England found themselves 1-0 down, the first time they’d been in a losing position at this tournament, Kane created the equaliser. Kyle Walker had the ball, and Kane demanded it. 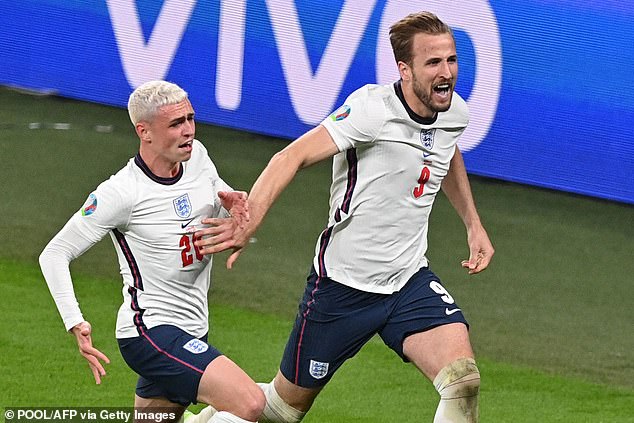 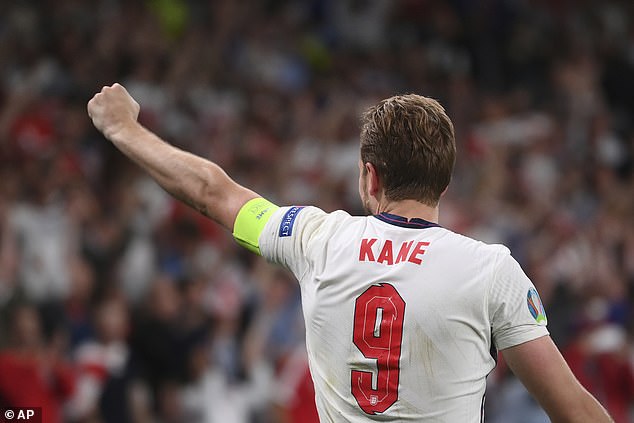 With his left foot, he controlled the pass. With his right, he passed for Bukayo Saka, who then crossed and England made it 1-1 (courtesy of Simon Kjaer bundling the ball into his own net).

Kane was being hammered when he was going through that goal drought. The sight of him occasionally popping up in his own half prompted calls for him to be benched!

Once he’d finally scored, everybody was behind him. But here, in this game, Kane showed what else he brings to the team.

He is such a clever player – someone who brings much more to England than mere shots – and that’s why Southgate was never going to be dropping his captain.

Not everyone agreed with Southgate calling up Harry Maguire for Euro 2020, but aren’t you glad he did?

He suffered an ankle ligament injury against Aston Villa in May but the Manchester United defender has been such a commanding presence in central defence alongside City’s John Stones, ever since he made his first appearance in the final group game against the Czech Republic.

Southgate knew his importance. Not only at the back but from offensive set-pieces, too.

As he did against Sweden in the 2018 World Cup, Maguire got his goal in the 4-0 victory against Ukraine – and he came close on a couple of occasions against Denmark here. 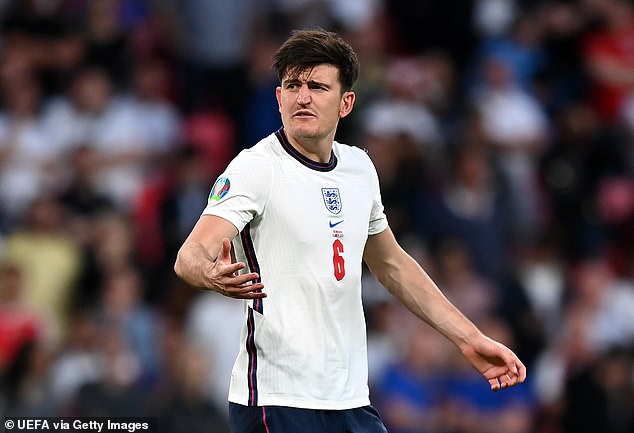 Trying to mark him in the box must be like trying to get around a boulder! Denmark have some very handy attackers.

They managed to score against England through Mikkel Damsgaard’s free-kick but Maguire was otherwise able to stamp out the majority of problems.

It helped that in front of him he had Declan Rice, who enjoyed another excellent performance in midfield. The West Ham holding midfielder doesn’t always get the credit he deserves.

But the Premier League’s biggest clubs are looking at him because he does that dirty work like few other players can. England have felt in safe hands with that spine.

Tags: cau, CHRIS, Pickford, SUTTON:, was
You may also like
Latest Posts