Christian Eriksen saw joining Manchester United as ‘redemption’ after his cardiac arrest last year, saying he opted for ‘one of the biggest clubs in the world’ over other options around Europe

Christian Eriksen said the chance to prove himself at a big club was behind his choice to go to Manchester United this summer.

The Danish forward viewed the move as ‘redemption’, after the rocky road he has had in recent years, including suffering a cardiac arrest on the pitch during his country’s Euro 2020 match in Copenhagen.

Eriksen, 30, said Brentford wanted to keep him, after six months in west London, and he also entertained other offers. But once it became clear that Manchester United were interested, he knew where he had to go. 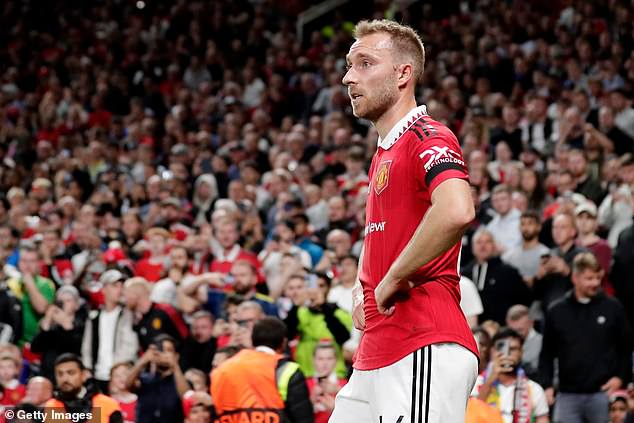 Eriksen told Danish website Bold: ‘It is one of the biggest clubs in the world. It was a redemption after what had happened earlier, and like proving that you could get an offer from United.

‘It was great. It’s a huge club I’ve joined.

‘I had enough [opportunities]. I had enough options to choose from, but it was all about finding the right one.

‘Of course, Brentford wanted me to stay, but I would say where I am in my career I had the opportunity to step up to what I had dreamed of and hoped for. 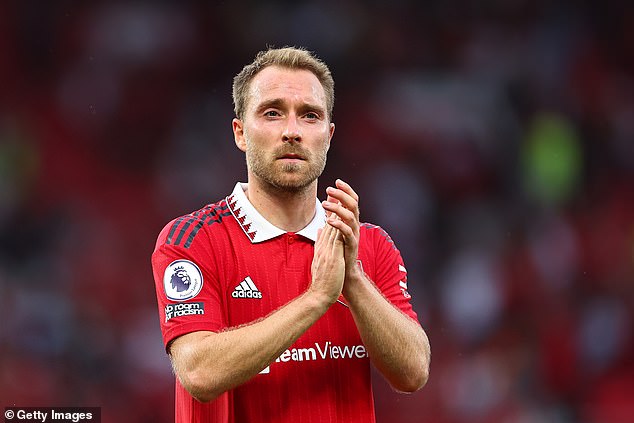 ‘I wanted to kick-start my career by coming to an even bigger address [club], and I succeeded.’

The former Tottenham and AC Milan midfielder has been an important part of Manchester United’s season so far, starting seven matches and forging a strong partnership with Scott McTominay.

Eriksen’s arrival at Old Trafford was one of Manchester United’s more understated incomings, but his performances have so far limited the game time of £70m signing Casemiro.