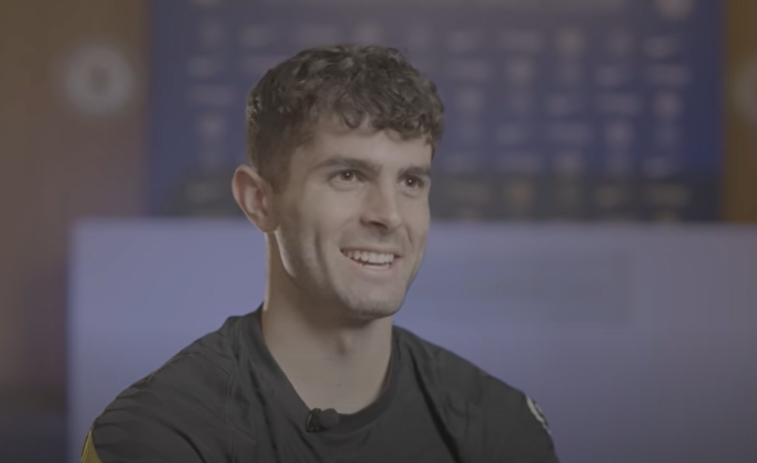 Chelsea ace Christian Pulisic has named the best player in the Premier League this season and revealed his toughest opponent.

Pulisic is enjoying his third campaign in the English top-flight and reckons Manchester United hero Cristiano Ronaldo is the best player he has faced since arriving at Stamford Bridge.

But the USA international has hailed Liverpool forward Mohamed Salah as the best player in the Premier League this year, after the Egyptian enjoyed a record-breaking run of form at Anfield.

Salah has scored 22 goals in 24 games this season to help Liverpool climb to second in the Premier League table and cruise into the knockout stages of the Champions League.

Asked to name the best player in the Premier League this season, Pulisic told Amazon Prime: ‘I think if you’re looking at our team there’s been some incredible performances, you look at Jorginho and N’Golo [Kante].

‘But it’s hard to argue you with [Mohamed] Salah and what he’s accomplished. He’s a top guy too.’

On the best player he has faced in the Premier League, Pulisic added: ‘It’s hard to argue against Cristiano Ronaldo but there’s a lot of top players. He’s one of the best to do it but there’s so many.’

Pulisic was reunited with Thomas Tuchel when the German boss took over from Frank Lampard at Chelsea in January 2021.

Under Tuchel, Chelsea won the Champions League last season, reached the final of the FA Cup and secured a top-four finish in the Premier League.

‘It’s been great,’ Pulisic said. ‘I’ve obviously played with him [Tuchel] quite a lot, first at Dortmund and now here. He’s built a really strong team here so it’s great.’