Chelsea: Giroud and Pulisic talk in tunnel ahead of game

Chelsea’s impressive start to the season has earned them a seat at the table of Premier League title contenders, and they currently have a strong chance of winning their first league title since 2017. But the Blues’ impressive start was nearly derailed on Saturday night by Marcelo Bielsa’s plucky Leeds side.

Chelsea started slowly at Stamford Bridge against the newly-promoted Yorkshire side, and found themselves 1-0 down after a sloppy opening spell of play.

Patrick Bamford skipped past Edouard Mendy after the Blues defence was too slow to react, with the striker free to roll the ball into an empty net.

The lead was nothing less than Leeds deserved, having put Lampard’s side under pressure for much of the opening.

Kalvin Phillips was able to pick apart the Chelsea defence with relative ease in a clip which will be worrying for the Stamford Bridge boss. 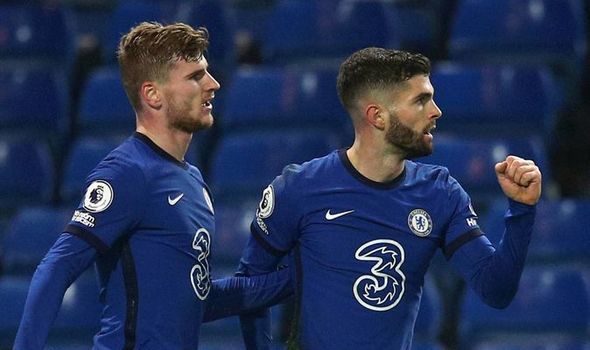 Chelsea gradually worked their way back into the game, and seemed to find it tough to deal with Leeds’ relentless pressing and constant man-marking.

But after half an hour, they were able to level the scoring through a brilliant attacking move down the right flank.

Winger Hakim Ziyech was allowed space to run at the Leeds defence on the right wing, and he brought the ball inside on his left foot, creating space to his right.

He dawdled on the ball and waited before playing a simple pass to his right, leaving right-back Reece James with time and space to drill a low cross at Olivier Giroud, who tapped home with relative ease.

Chelsea’s celebrations were cut short, however, as Ziyech failed to join in with the rest of his team-mates.

The winger, who arrived from Ajax for £37.5million this summer, went down clutching his hamstring in worrying scenes for Blues supporters.

It was immediately apparent that he’d have to be taken off, but thankfully for Lampard he had an ace in the hole.

Due to the Blues’ incredible transfer activity in the summer, Lampard is currently flush with options – particularly in attacking positions.

Lampard was able to bring on Christian Pulisic, who on his day can be regarded as one of the most dangerous wingers in the Premier League.

He proved his worth to the side by making a darting run into the six-yard box to finish off a cross from Timo Werner to finish the game off and make it 3-1. 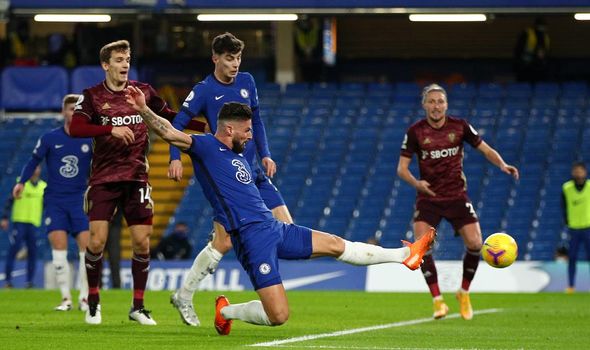 The winger, dubbed ‘Captain America’, caused constant problems for the Leeds defence after coming on and wrapped up his performance perfectly by sliding in to tap home late in the game.

Having come off the bench for Ziyech, Pulisic remained fresh until the end and was able to maintain the same energy levels as he had when he came on in order to make the difference.

Having players of Pulisic’s calibre waiting on the bench means the Blues can afford to rotate and rest players without having to compromise their style of play.

Much has been made of the congested fixture schedule this season, with games coming thick and fast for teams in the Premier League and Champions League.

And Lampard will know as well as anyone that he will have to be careful with his squad and manage his minutes effectively in order to get consistent results.

Having the incredible strength in depth that Chelsea have will be an invaluable asset to Lampard as he eyes up the title, and he will likely be buoyed by knowing few teams have the same tools as he does at his disposal. 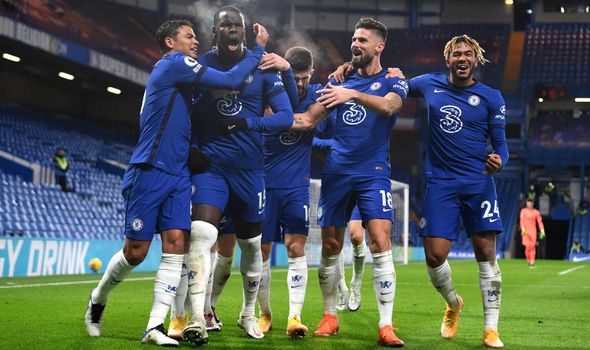 One of their potential rivals, Manchester United, came from behind to beat West Ham away from home on Saturday thanks to a Paul Pogba masterclass.

Ole Gunnar Solskjaer was forced into making several changes for the game due to injury and fitness concerns – as most managers in the league will at some point.

However, he was unable to call on players at the same level as Chelsea’s reserve options, and that could prove costly in the long-run.

Due to United’s inability to secure many – if any – of their top transfer targets this summer, they are left short of world-class options.

There is no denying their talent in the first XI and even with some of their options off the bench – as proved with Mason Greenwood’s performance in the 3-1 come-from-behind win.

But they don’t have the same strength in depth as Chelsea do, and will likely rue their transfer mistakes later in the season.