Lionel Messi scored a sensational bicycle-kick goal as Paris St Germain began the defence of their Ligue 1 title with an emphatic 5-0 victory over Clermont at the Stade Gabriel Montpied on Saturday.

Messi netted a brace to go with goals from Neymar, Achraf Hakimi and Marquinhos as they followed up last weekend’s 4-0 Trophee des Champions victory over Nantes with another easy win.

It took only nine minutes for them to get in front as Messi brilliantly flicked the ball into the path of Neymar, who finished an excellent move. 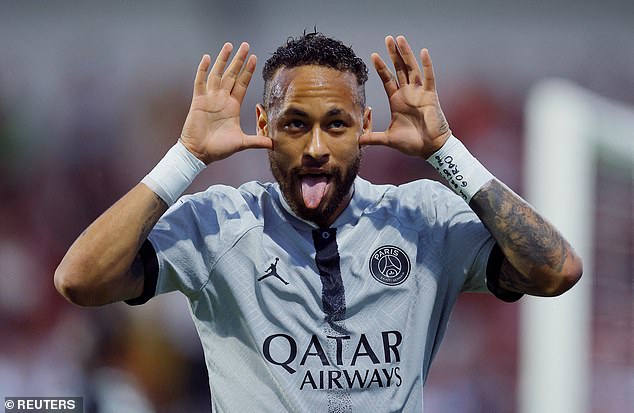 Hakimi scored midway through the first half from a lightening counter-attack, before Marquinhos headed Neymar’s free-kick into the net.

Neymar then provided a fourth for Messi, before the Argentine forward capped off an excellent performance with a stunning goal, chesting a pass from Leandro Paredes and providing a bicycle-kick finish.

Earlier, Monaco won 2-1 at Racing Strasbourg after the home side had a last gasp equaliser ruled out by VAR. 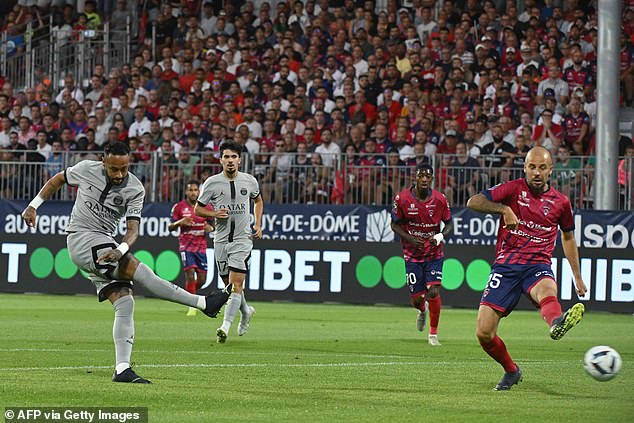 Lionel Messi brilliantly flicked the ball into the path of Neymar, who fired home 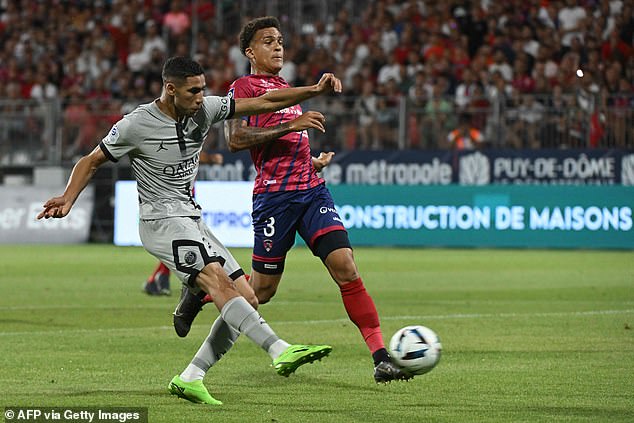 Messi brilliantly flicked the ball into the path of Neymar, who finished an excellent move

Monaco, who play away in the Champions League preliminary round against PSV Eindhoven on Tuesday, went 2-0 up through Krepin Diatta and Sofiane Diop before Habib Diallo pulled one back in the 65th minute.

Diallo thought he had another, two minutes into stoppage time, when he headed home but team mate Alexander Djiku was found to be offside as he made the assist and the strike was ruled out to hand Monaco victory. 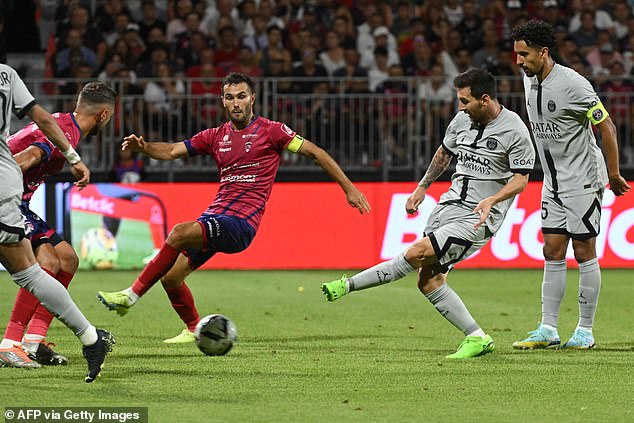 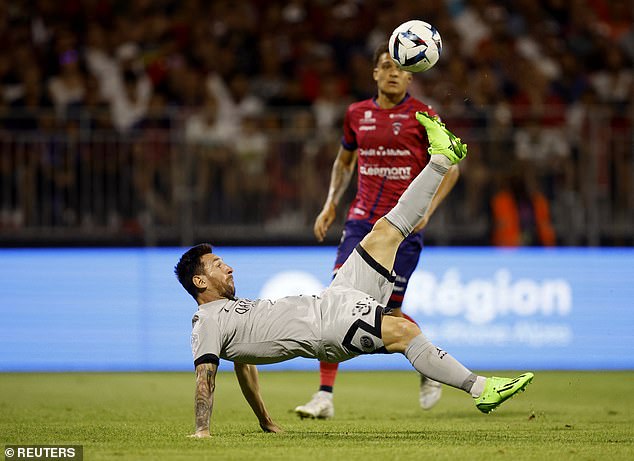