Erling Haaland scored twice as Borussia Dortmund cruised to a comfortable 3-0 win at Club Brugge in their Champions League game on Wednesday and took top spot in Group F.

The Norway forward, who joined Dortmund in January, has now scored 26 goals in 28 games in all competitions with the Bundesliga side.

Borussia’s Belgian internationals Thorgan Hazard, Axel Witsel and Thomas Meunier had a decisive in role in their team’s victory against the Belgian champions. 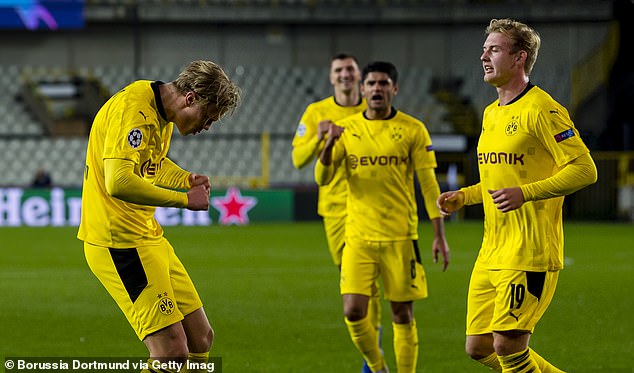 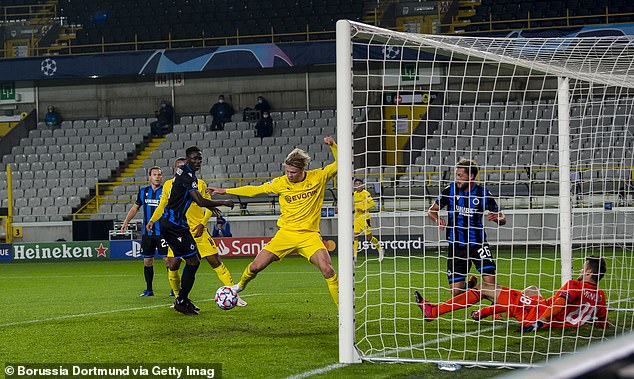 Hazard scored the opener before Witsel and Meunier supplied assists to Haaland.

Dortmund tops the group’s standings with six points, one more than Lazio, which drew 1-1 with last-place Zenit St. Petersburg. Brugge is third with four points from three matches.

The game got off to a lively start with both teams determined to break the deadlock early. Dortmund had the ball possession while the hosts threatened on the counter.

Brugge enjoyed its first chance within the opening five minutes when winger Noa Lang’s low drive from inside the box was blocked by Hazard. 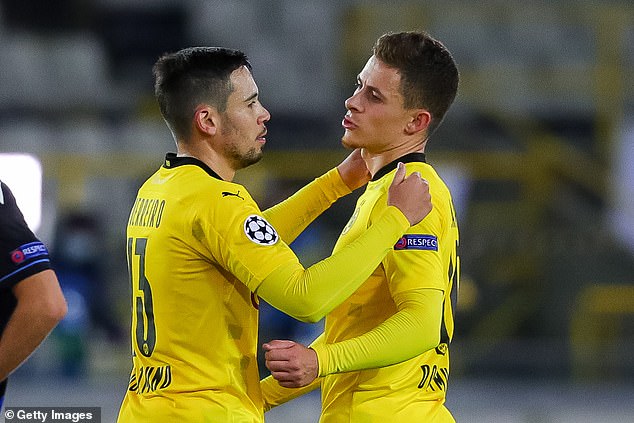 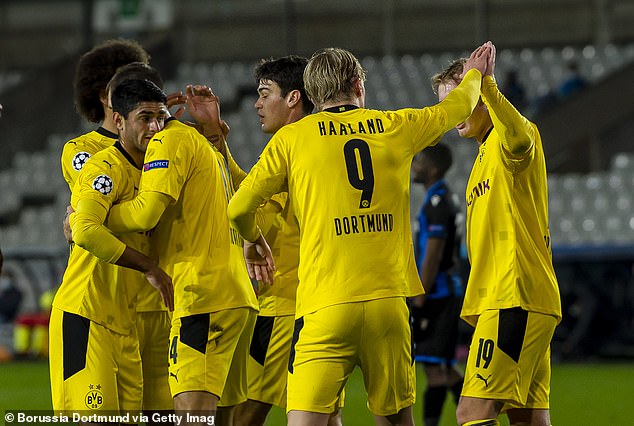 The Dortmund winger turned scorer in the 14th minute after Brugge goalkeeper Simon Mignolet misjudged a cross from Thomas Delaney, allowing Hazard to score in an empty net.

The goal changed the game dynamics as a series of defensive mistakes undid the hosts.

Dortmund scored a second after poor defending allowed Haaland to test Mignolet from close range. From the resulting corner, Witsel headed the ball down to Haaland who finished at the second attempt despite the best efforts of Mignolet.

Brugge were again made to pay for a defensive lapse near the half-hour mark. Meunier ran into the box to connect with a cross and set up Haaland, who made it 3-0 with a neat finish.