Christian Pulisic will be RAGING after being dropped for Chelsea’s crucial clash against Real Madrid, says Joe Cole, having scored an away goal in the first leg… but admits Kai Havertz has ‘played himself’ into the team

Christian Pulisic has the right to be ‘raging’ with anger after Thomas Tuchel dropped him for Chelsea’s crucial Champions League semi-final second leg tie against Real Madrid, says Joe Cole.

The USA winger netted a vital away goal at the Bernabeu in the first leg last week, but his German boss opted to play Kai Havertz behind Timo Werner in attacking midfield, with the former Dortmund star relegated to the bench.

With the tie delicately poised at 1-1 on aggregate after Karim Benzema’s leveller, Tuchel is looking for a solid display from his Blues side knowing a clean sheet will take them through to the Champions League final. 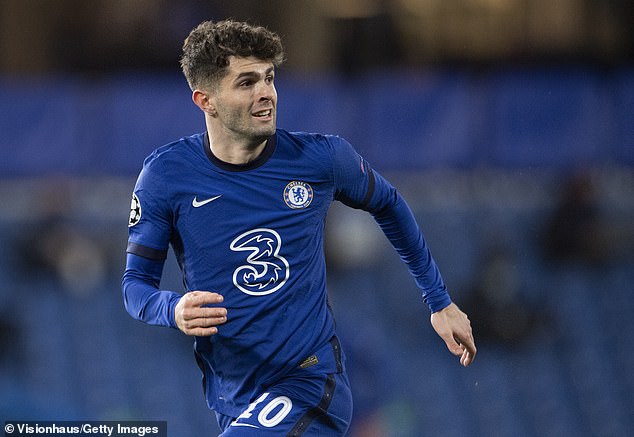 Christian Pulisic ought to be furious after being dropped for Chelsea’s clash against Real Madrid in the Champions League, says Joe Cole 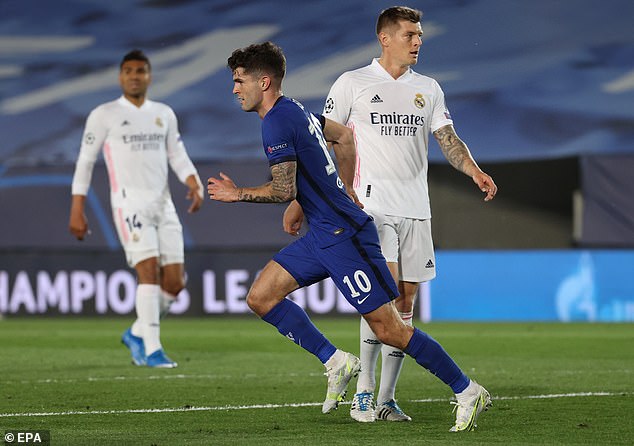 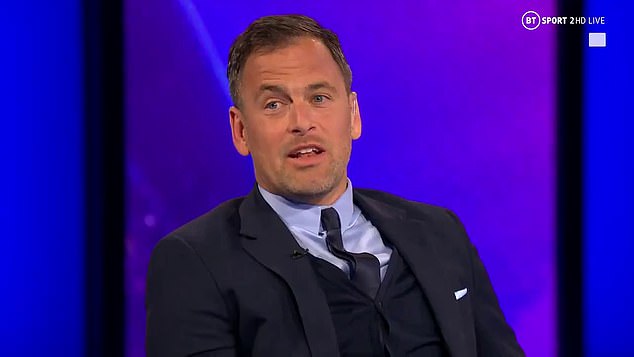 But while Havertz has seen an improvement in form in recent weeks, pundit Cole – who played 281 times for the club – admitted he was shocked to see Pulisic left out despite his heroics one week ago.

He conceded that Havertz would give Tuchel the ability to link up well with forward Werner and allow him to get in behind.

‘It surprises me,’ he told BT Sport ahead of the game. ‘Havertz has played himself into the team. Werner runs off the ball better than anyone in this squad. Pulisic drives with the ball. If I’m Pulisic, I’m raging. Because it’s a big game. 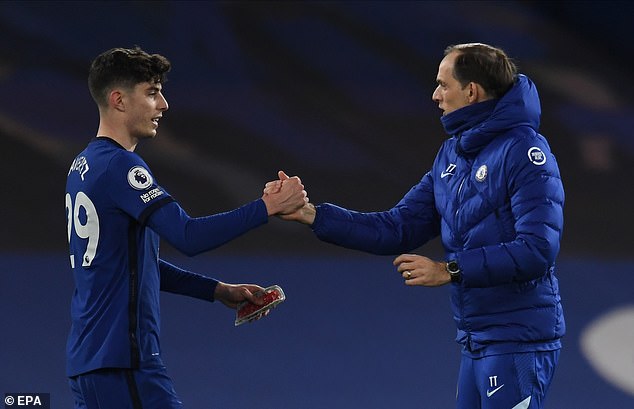 ‘But Havertz is in because he can come off the pockets and find space for Werner to run in behind.’

Fellow pundit Rio Ferdinand agreed with his former England team-mate, saying Pulisic will be left ‘fuming’, but said Tuchel had got it right in giving Werner the nod because of his link-up play.

‘If I’m Pulisic, you would be fuming,’ he added. ‘But what Werner does give you is, while he fluffs his lines at times, he gives chances for players to be creative.’

Discussing his team selection before the game, Tuchel admitted Pulisic got ‘a bad message’ but insisted Havertz would help the team with his aerial ability – telling the disappointed American to think about the needs of the squad. 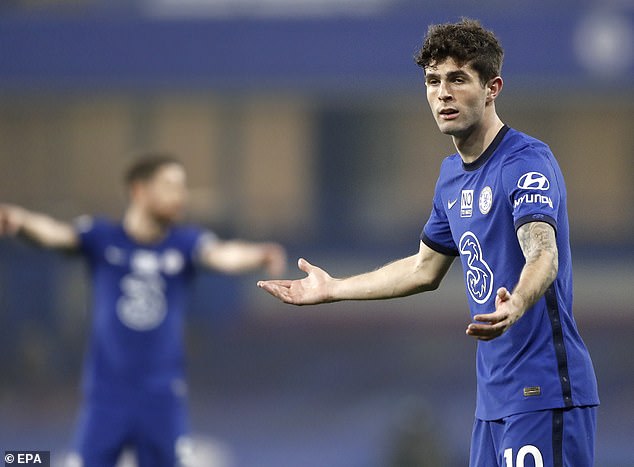 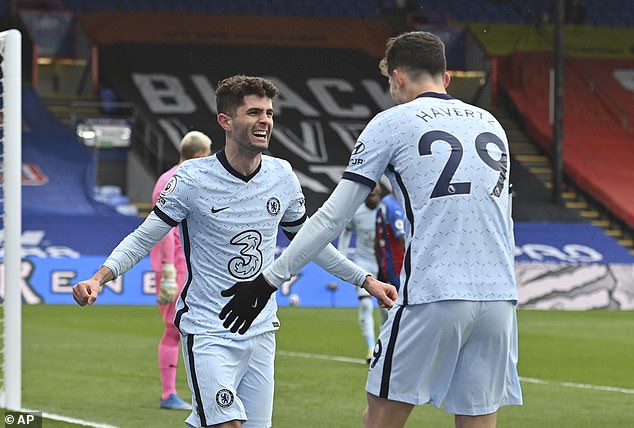 The US star has not enjoyed a prolific season, while Havertz is improving under Tuchel

‘For Christian, he got a bad message today, unfortunately,’ Tuchel said. ‘But I’m sure we will need more than 11 to sneak through today.

‘It’s good to have Christian from the bench, Kai gives us height from set pieces and he can keep the ball.’

It hasn’t been the best of campaigns for either Pulisic or Havertz – who arrived from Bayer Leverkusen for £68m last summer but has failed to impress, scoring just four goals in the Premier League.

Three of those came in his last three league games after showing signs of life under the leadership of Tuchel. Pulisic has the same amount of goals in the top flight – with two more coming in the Champions League.

Tags: a, be, Cole, fuming, Pulisic, will
You may also like
Latest Posts