‘I am not a magician!’: Antonio Conte insists it is IMPOSSIBLE to play seven games in 21 days and vows to drop Tottenham stars Harry Kane and Son Heung-min during busy fixture run

Antonio Conte is ready to become the first Tottenham boss to drop the club’s ‘undroppable’ stars Harry Kane and Son Heung-min, as the manager looks at how to handle seven games in 21 days.

Kane has long been a non-negotiable in Tottenham’s starting line-up, but Conte said he is not a ‘magician’ who can make it possible for one player to start all seven.

Rotation will be key to remaining competitive, according to the manager, with summer signings such as Richarlison making it possible for him to rest stars like Kane and Son when needed. 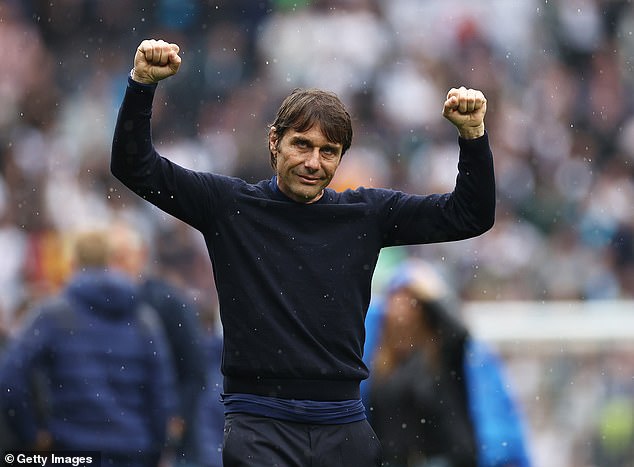 ‘After every game I will have to check the situation with all of the players for tiredness and injuries,’ Conte said. ‘To tell one player that he is going to play in all seven games, it is impossible.

‘I am not a magician! I cannot forecast this, but we go game by game to make the best decisions for the team and for the players. 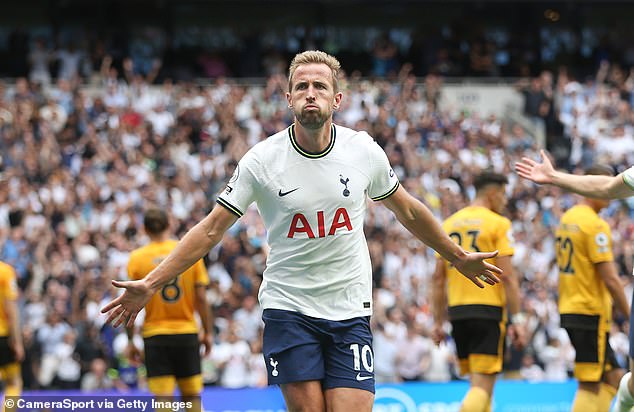 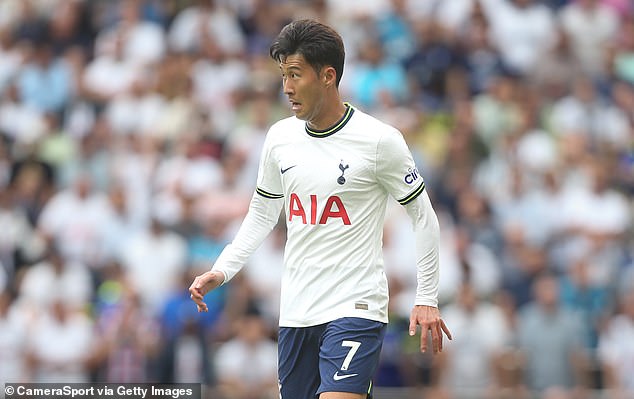 ‘It is crazy to think we can put always the same players. In this transfer market our target was to improve the squad because we know very well we have four competitions, so to have the possibility to make rotations without dropping the level is important.’ On Richarlison, he added he is ‘ready to go into the team’.

Son’s slow start to the season has sparked a debate about whether he should be replaced by Richarlison for Forest tomorrow, though Conte insists he has ‘no problem’ with the South Korean’s performances.

Son’s three starts have yielded no goals and his manager said: ‘I am not worried. Sonny is playing a good game. He’s not scoring, but it can happen. It happened last season with Harry Kane. Now Harry has scored twice and we are happy. It is the same for Sonny and other strikers.’