Coventry 1-3 Bournemouth: Brace by Dan Gosling puts Jason Tindall’s side top of the Championship against ten-man hosts in feisty encounter at St Andrew’s

A second-half brace from Dan Gosling saw Bournemouth run out 3-1 winners against 10-man Coventry and go top of the Sky Bet Championship.

The Sky Blues managed to go into the break on level terms after a Matty Godden penalty had cancelled out Jefferson Lerma’s early goal.

But a buoyant Bournemouth – who were two divisions above their opponents last season – displayed their quality in the second half, with Gosling scoring twice before Gustavo Hamer was sent off for the hosts. 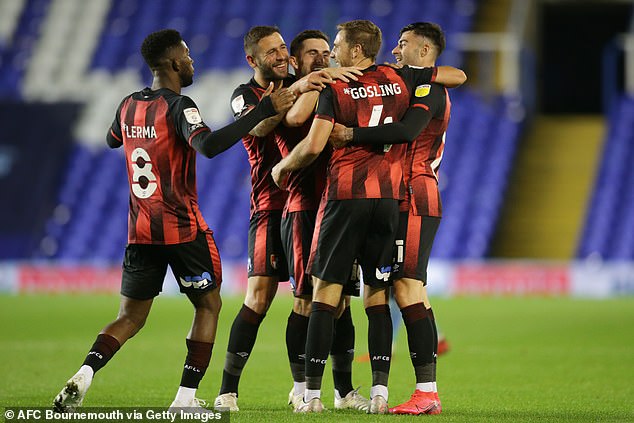 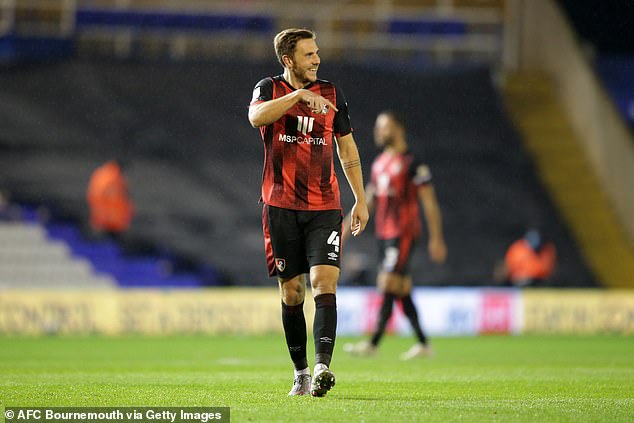 Lerma gave the visitors a deserved lead after they dominated the early moments of a fairly open first half.

A silky Bournemouth move from the left ended with Dominic Solanke setting up Lerma, who drilled his shot past Marko Marosi in the Coventry goal after seven minutes.

It took some Marosi and Dom Hyam heroics to stop Bournemouth going two up before the 20-minute mark. A goalmouth scramble saw Adam Smith, Gosling and Sam Surridge all go close but on-the-line stops from Marosi and Hyam kept the Sky Blues in it.

Hyam proved his value again 10 minutes before the break with another goal-line clearance, after Solanke rounded Marosi following a Lerma flick on.

Coventry still had a foothold on the game and ended the first half strongly with long range efforts from Hamer going close as well as an effort from Callum O’Hare which skimmed a Bournemouth post.

The home side were then awarded a penalty when a clumsy Lewis Cook challenge brought down Arsenal loanee Ben Sheaf. 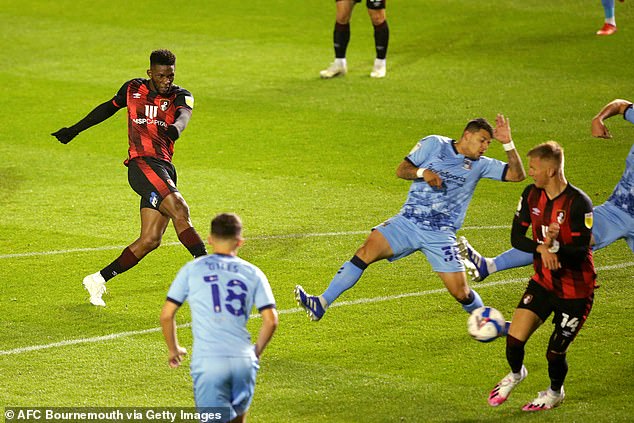 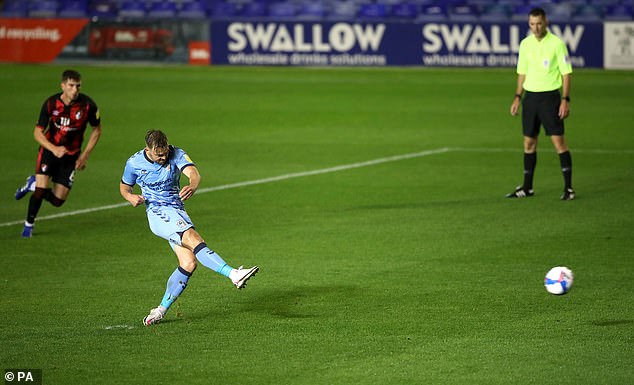 In-form Sky Blues forward Godden stepped up to slot the spot-kick past Asmir Begovic to grab his third of the campaign.

But Gosling struck six minutes into the second half. Coventry failed to clear their lines after another swift Bournemouth move saw Jack Stacey’s ball go unclaimed in the box, allowing Gosling to lift over Marosi and into the net.

Gosling added his second on the hour with a thunderous strike from 30 yards. 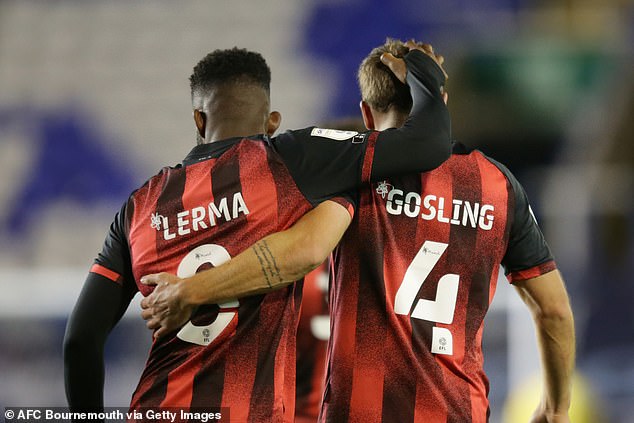 The midfielder’s tenacity was rewarded when he won a 50-50 with Hamer and drifted forward unchallenged before rifling a stunning effort past Marosi and into the top corner.

Hamer was sent off nine minutes later for an off-the-ball incident.

The midfielder took exception when team-mate Fankaty Dabo was hacked down by Smith. The following altercation saw Hamer raise his hand to Cook’s face and referee Jarred Gillett showed little hesitation in brandishing a red.

Tags: (1-3, Bournemouth, Coventry, Dan
You may also like
Latest Posts