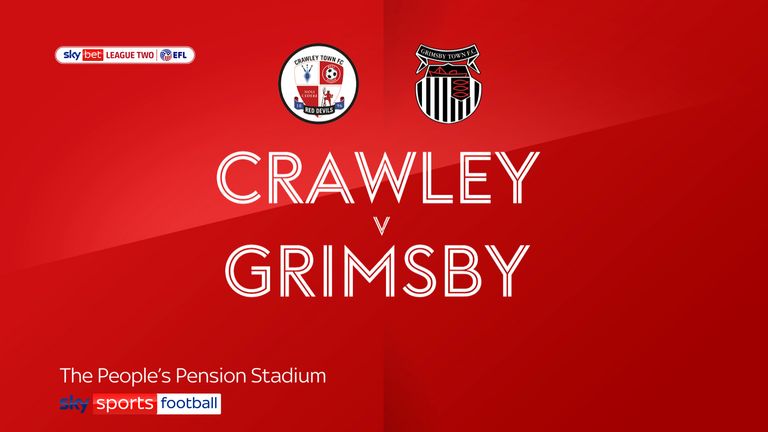 Grimsby bounced back from their 5-0 thrashing at Tranmere on Saturday with goals from Matt Green and Max Wright giving them a spirited 2-1 victory at Crawley.

The in-form Max Watters gave Crawley the perfect start with a superb strike but the Mariners stormed back to clinch their first win in five games in all competitions.

Former Doncaster man Watters rifled his seventh goal in nine league games in only the fourth minute after a neat one-two with Sam Matthews.

The Mariners hit back to equalise on 35 minutes when a free-kick by Danny Rose was headed on by Luke Waterfall and Green made no mistake with a low shot past keeper Glenn Morris.

Grimsby went ahead on 52 minutes when Wright brilliantly smashed in his first goal for the club from 10 yards following a cross by Owura Edwards.

Keeper James McKeown superbly kept the Mariners in front by denying the dangerous Watters in a one-on-one situation.

Morris turned a shot from Wright round the post as Grimsby closed out a vital win, having won only one of their previous six league matches.